A Gift in Disguise 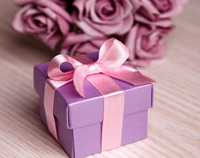 For all these people, being stranded, far from home, with no prospect of a swift return, was difficult to bear. They felt homesick, and despite being in a foreign place, which may normally be exciting and stimulating, they were pining for home. Eventually, on returning to their homes, they all expressed immense joy and delight, and all testified that “there is no place like home”.

In one hadeeth, Rasulullah (sallallahu ‘alaihi wasallam) has explained that this world is a prison for a believer. (Saheeh Muslim #7417) One reason is that his existence in this world is holding him back and preventing him from going to his real abode and true home – Paradise. In other words, his life in this world is like a lockdown. Hence, if he has true Imaan, he will perceive it as such and will pine for the day when he can be released from this world and ‘repatriated’ to Jannah.

Such a believer will ensure that he strives for Jannah and prepares himself for this final journey. He will ensure that his accounts with Allah Ta’ala (e.g. his salaah, fasting, etc.) as well as the people (paying debts, asking forgiveness, etc.) are in the clear. Thus, when the day of his death arrives, it will be a joyous one, as he will view death as the gift which will deliver him from the misery, anguish and heartache of this deceptive world to the eternal bliss of Jannah.

On the contrary, when we begin to view this world as being our ultimate abode, then we will begin to resent and dislike death. Then, instead of making every effort to prepare for our inevitable death, we will do everything possible to cling onto life while neglecting to prepare for death.

Remember, death is not the end of joy, it is the beginning of everlasting enjoyment – Jannah.

Share
Previous Contagious diseases
Next You are the Company You Keep