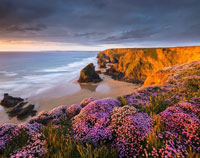 When the topic of hayaa is discussed, it is generally aspects such as hayaa in dressing or speech that come to mind. However, although these aspects are fundamental to the topic of hayaa, there is more to hayaa than just these aspects. In essence, we tend to restrict the concept of hayaa to our relationships and interaction with other people, whereas an often overlooked aspect is hayaa before Allah Ta‘ala, our Creator.

In the hadeeth above, Rasulullah (sallallahu ‘alaihi wasallam) explained to the Sahaabah (radhiyallahu ‘anhum) that hayaa before Allah Ta‘ala entails one safeguarding all his limbs from sin, whether internal or external.

Rasulullah (sallallahu ‘alaihi wasallam) then advised the Sahaabah (radhiyallahu ‘anhum) to ponder over death and think of how the body will decompose and disintegrate in the grave, as this will lessen one’s inclination to the world and encourage one to prepare for the everlasting abode.Finally, Rasulullah (sallallahu ‘alaihi wasallam) advised that if one wishes to acquire the Aakhirah, his heart should not be attached to the attractions of this world (be it in clothing, food, holidays, furniture or other attractions), as this will definitely hamper his progress and be an obstacle in his path.

We must remember that Allah Ta‘ala is our Creator and Sustainer, and at every second of the night and day, we enjoy innumerable bounties and favours from Him. It is generally accepted that a person will express gratitude and appreciation in proportion to the favour that is received. Since the favours of Allah are the most and the greatest, the demand of gratitude is that we show Him the greatest loyalty, faithfulness and appreciation by fulfilling all His commands and striving for His pleasure. If a person cannot express appreciation to his greatest Benefactor by obeying Him and pleasing Him, it will be said that he has no shame (hayaa).

May Allah Ta‘ala bless us all with true hayaa in every facet of our lives, and enable us to be appreciative, grateful and obedient servants, aameen.