Closeup of tear in old worn out jeans

All to No Avail​ 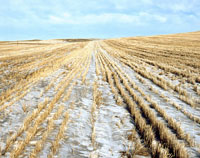 Indeed, those who disbelieve, neither their wealth nor their progeny will avail them in the least against Allah Ta‘ala, they are the people of the fire, they will remain therein eternally. The example of that which they spend in this worldly life is like that of a wind, which had a chill (frost) within it, and struck the crops of those who wronged themselves, destroying it. Allah Ta‘ala did not wrong them, rather they would wrong themselves (through their disbelief and sins). (Surah Aal ‘Imraan v. 116-117)

In this world, there are many disbelievers who enjoy lives of ‘kings’. They have financial resources, good health, political contacts and every other worldly aspect which people generally envy. As such, they often feel that they are ‘untouchable’. If they experience any problem, they wave a little money at it, or call a contact, and the problem rapidly ‘disappears’.

In the above verse of the Quraan Majeed, Allah Ta‘ala reminds us that on the Day of Qiyaamah, neither the wealth of these disbelievers, nor their progeny, nor any contact or any other means of assistance will avail them in the least. On that frightful day, the only ‘currency’ will be one’s imaan and actions. Since they lack the primary prerequisite of salvation – imaan, they will remain in Jahannum eternally.

Allah Ta‘ala thereafter depicts a scene to us, by way of an example, to explain the reality of the charity of the disbelievers. The scene is that of a people who sowed seeds and watched their crop grow. However, an icy-cold wind blew over their crop, completely destroying it before their eyes, leaving them absolutely empty handed. In a similar manner, although the disbelievers carry out good actions, such as humanitarian works, their disbelief is like the icy wind that completely destroys their righteous deeds and good actions.

Many people don’t understand or misunderstand the true essence of fasting, and they make …

As the dawn of Ramadhaan approaches, offering us glimpse of its golden rays of …