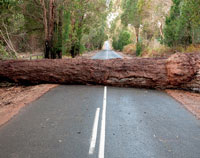 (Tie the Tongue Series – Part One)

Whatever the topic may be, in many instances the conversation eventually drifts to a person being discussed. Thereafter, depending on the nature of the personality, his praises may either be sung or his ‘laundry may be hung out to dry’ with all and sundry free to spectate and participate in the backbiting ‘feast’.

The severity of the sin of gheebah lies in a few aspects; the backbiter will not be forgiven unless he secures the forgiveness of the one who was the victim of his gheebah (backbiting). If he fails to secure his forgiveness in this world, he will be made to recompense him by giving him his good deeds or bearing his evil deeds in the Hereafter. Another aspect is that all those who happily spectate, even though they do not actively participate, are party to the sin. Also, most people who indulge in gheebah do not regard their action as a sin.

Often, when the person backbiting is told that he is indulging in gheebah (backbiting), he replies, “But the person really does have these faults!” In this regard, it is imperative for us to understand that gheebah is for us to say something about another person or even indicate or gesture (e.g. a gesture showing that he is fat, short, etc.) that is true, but is such that if he knew about it, he would not like it. In the case where the statement made is not true, then the statement was not gheebah but was rather buhtaan (slander) which is even worse!

Hence, the next time gheebah takes place, let us either put a stop to it, or if we are unable to do that, excuse ourselves and leave so that we do not become implicated. Furthermore, if we ever feel the impulse to indulge in gheebah, then let us ponder over this statement of Abu Hurairah (radhiyallahu ‘anhu): “You take note of the speck in the eye of your brother, yet forget the log in your own eye!” (Kitaabus Samt wa Aadaabil Lisaan #195)