Home | *Blog | Change Yourself In Ramadan

Change Yourself In Ramadan

Ramadan is the month of change. The whole universe changes in Ramadan.

Abu Hurayrah reported that the Prophet

“The blessed month has come to you! Allāh has made fasting obligatory upon you during it. During it, the gates to Paradise are opened, the gates of Hellfire are locked, and the devils are chained. There is a night [during this month] which is better than a thousand months. Whoever is deprived of its good is really deprived [of something great].”   (Ahmad, an-Nasa’i and al-Bayhaqi)

This month has been a time for great worldly changes throughout history. During the month of Ramadan, Prophet Musa passed away as mentioned by Al-Hasan ibn Ali

. During Ramadan, Jesus was raised to the heavens, as reported by al-Hakim, and in Ramadan, the Qur’an was revealed.

“The month of Ramadan in which was revealed the Qur’an, a guidance for mankind and clear proofs for the guidance and the criterion (between right and wrong.” Al-Baqarah 2:185 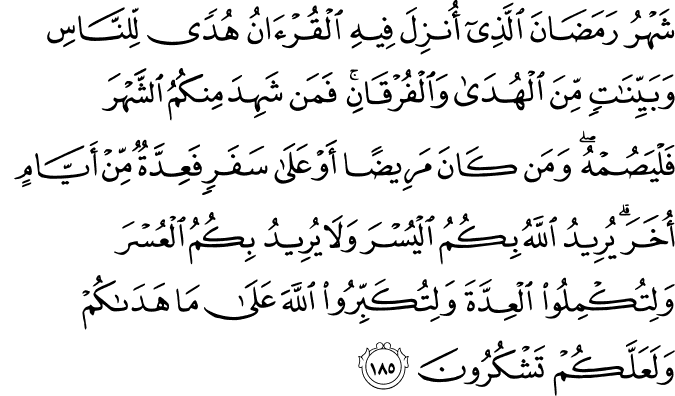 During the life of the Prophet

,Ramadan was the host for the occurrence of important historical events and for great people to rise or pass on. In it, great relief came and great victory was achieved which changed the course of life for the Muslims of that time.

The death of his beloved wife Khadijah on the 10th of Ramadan impacted him personally.

The great victory at the decisive Battle of Badr in 2 AH happened on the 17th of Ramadan, and it witnessed the death of the heads of the Mushrikin of Quraysh, such as Abu Jahl. The digging of the Trench around Madīnah took place in Ramadan of year 5 AH.

On the 8th of Ramadan, another crucial event took place. Mecca was conquered, which marked the ending of Shirk in the Arabian Peninsula and the purification of Al-Ka’bah from the idols. Over 360 idols around Al-Ka’bah were destroyed by Rasool Allāh

and his companions. On the 25th of Ramadan of that year, the “Uzza” idol, which was the greatest idol the Arabs had ever known was destroyed at the hands of Khalid ibn al-Waleed. Following that, the Laat idol of Thaqeef was demolished by the hands of Abu Sufyan, Khalid and al-Mughirah. Not long before that, those men had been fighting to protect those very idols as they used to worship them, but now everything had changed.

In the Ramadan of the 9th year of Hijrah, the Prophet

returned victorious from Tabook after he regained control of the area and let the Romans and the Persians know that there was a new young nation in Arabia that would only grow and not be intimidated. Also during that blessed month of that year, the tribe of Thaqeef came around after 20 years of enmity and rejection of Islam and accepted the faith. The kings of Himyar in Yemen came to the Prophet

to declare that the time of change had come, and they embraced Islam.

Six months after the death of the Prophet

, his most beloved child and the one that resembled him the most, Fatimah

, also passed away. Ramadan continued to be the month of change and great events over the years, a blessed month for the Muslim nation.

During the year 13 AH in Ramadan, Al-Muthanna Ibn Harithah and his army won the most important battle for Muslims in Iraq known as Al-Buwaib, and it was the gateway to opening the land of Iraq as well as the downfall of the Persian Empire.

Sudan and the south of Egypt had become Muslim lands of freedom and justice after the Muslims’ army led by Abdullah Ibn Abi As-Sarh arrived there in the Ramadan of the year 31 AH.

The death of Ali Ibn Abi Talib at the hands of the Khawarij marked a change in the way the Khilafah would be determined. This tragic event, which highlighted the extreme dangers of innovation, took place on a Friday at Fajr time in Al Kufah (present-day Iraq) during the 17th of Ramadan of the year 40 AH.The legacy of the Mother of the Believers, Aisha, paved the way for women as it inspired them on what and who to be like as well as what stances they should take to help and develop their society. She passed away in the Ramadan of the year 58 AH. She inspired thousands of women to learn, teach and lead, which is a transition the world had very little known and experienced at that time.

He claimed prophethood and killed hundreds of thousands of people and managed to spread fear and falsehood in Arabia and Iraq. He was the false prophet Al-Mukhtar ibn Abi ‘Ubayd Al-Thaqafi, who was killed and defeated in Ramadan of year 67 AH by the hand of Mus’ab ibn Al-Zubair at Kufah.

The 28th of Ramadan year 91 AH brought forth the Muslims entering Al-Andalus with twelve thousand soldiers led by Tariq ibn Ziyad, who managed to defeat one-hundred thousand soldiers from the Spaniards. They then allowed thousands to enter Islam and for years to come, learn and benefit from the Islamic civilization.

As things were changing in the west, a great change also happened in the east in the year 92 AH on the 6th of Ramadan. Muḥammad ibn Al-Qasim landed in Al-Sindh (Pakistan today), and the great land of India turned towards being a Muslim land and witnessed the establishment of many dynasties and Islamic civilizations.

In the year 95 AH during Ramadan, Al-Hasan Al-Basri made Sujood Al-Shukr (prostration of Thanks) when the news came of Al-Hajjaj’s death. That marked the end of a dark era filled with injustice and killing of many innocent people.

The Roman king of ‘Ammuryah killed many Muslim men and sent their ears and noses to nearby Muslim cities with orders for them to submit to him. He enslaved 1000 Muslim women and invalidated their honor. No one dared to attack his castle due to its known strategic position and long, impregnable walls. However, that came to change in the 6th of Ramadan of the year 223 AH by the hand of the ‘Abbasi Khalifa, Al-Mu’tasim

, who eradicated those walls and freed the prisoners.The Muslim nation was defeated so recklessly by the hand of the Mongols, Genghis Khan and his soldiers, who spread fear and terror in the hearts of the Muslims to the extent that no one was willing to fight and willingly offer themselves to be martyred. This humiliation and status of fear changed during the 15th of Ramadan in the year 658 AH, when Prince Qutuz defeated the Mongols for the first time in the battle of ‘Ayn Jaloot. A second defeat was served to the Mongols that took place on the 5th of Ramadan in the year 702 AH after the battle of Shaqhab which lasted for 3 days and ended with a glorious victory for the Muslims. King Al-Naser came back carrying the news to his people and the rest of the world that the Mongols had been killed, defeated and on the run.

The 10th of Ramadan in 1970 brought forth the day the Egyptians defeated Israel for the first time and changed the perception that the Israeli army was undefeated!

We can go on and on over the history of Ramadan and what happened in it, but the most important change that can take place in Ramadan (and it could very well be in this Ramadan), is the change that will happen in YOU.

Are you going to improve your relationship with the ṣalāh so you will not delay it? It will not be at the end of your to-do list.

Are you going to be able to focus and contemplate about what you’re reading and supplicating?Are you going to sharpen your attention towards the Sunnah acts and start caring for the Sunnah prayer as well as all the little things here and there that we miss simply because they are Sunnah?

Will you ask yourself:

Is my relationship with my family going to change and be based on love, trust, and respect?

Are my friends and relatives going to see improvement in my attitude towards them and how much I care for and am nice to them?

Is my masjid and community going to see me more often and will I start being a producer, not only consumer? A team player and not just a fan who watches from a distance?

Above all, will Allāh see me changing and coming closer to Him, learning His Deen, following His Shari’ah, and always thinking about the day that I will meet Him? The change that we seek to see in this world must begin with ourselves. Will Ramadan 2014 be the most important and transcendent month of your life?

I invite you and everyone else who believes in Allāh as well as the Hereafter to begin thinking about and planning how to make this your best Ramadan ever.

I can start by advising these few points:

1-Al-du‘ā’: ” O Allāh help me to worship you in Ramadan in the best manner, and help me to remember and thank You most.”

2- I will take days off or maximize my benefit from the weekends by making itikaf, coming early to every ṣalāh the masjid, and leaving much after the ṣalāh has ended (i.e. not leaving immediately after praying).

3- I will plan a family program in Ramadan to help one another as husband and wife as well as parents and children.

4- I will have a Ramadan buddy who will motivate me to start strong and finish Ramadan stronger.

5- I will dedicate time to help my community and take part in beneficial socialization. Also, I will try making Iftar and inviting people over, but not at the expense of missing any prayers nor solely for socializing.

6- I will plan my time accordingly so I’m able to finish the entire Qur’an in Ramadan.I am sure we can all share our best practices and personal tips

May Allāh make this a blessed month for us and for our Ummah, and may He accept us to be among His beloved servants. May Allāh‘s peace and blessing be uponMuḥammad, his family, his companions and his followers until the Day of Judgment.

Become People of The Cave – Surah Kahf and Dajjaal (anti-christ)

In the name of Allah, the Most Merciful, the Bestower of Mercy  وَعَسَىٰ أَن …

Medicine and Muslims: The Road Ahead By: Khalid Baig albalagh.net   I graduated from engineering …