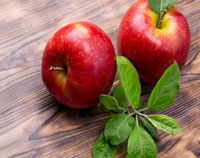 If a person has one apple and thereafter buys another apple, how many apples will he have? The answer is obvious – two apples. Similarly, if a person has one child and is then blessed with another child, he will now have two children. This elementary concept of one-plus-one-equals-two is so basic that even kindergartners (pre-school children) have ‘mastered’ it and understand that two sweets are better than one!

However, there is one occasion when even the most intelligent of people can forget this concept and thus lose out – the occasion of ill-treatment.

When someone shows us bad behaviour and ill treats us, there are a number of ways in which we can react. Some people break down into tears, some simply ignore the offender and walk away, and others retaliate. However, as Muslims, the question we need to ask is, “Which response will please Allah Ta‘ala?”

In this regard, the Quraan Majeed teaches us that forgiving and overlooking is closer to taqwa and piety. By treading the path of pardoning people, we will be emulating the blessed example of Rasulullah (sallallahu ‘alaihi wasallam) who forgave even the worst offenders. This will undoubtedly earn us the happiness and pleasure of Allah Ta‘ala – a prize with which nothing can equate.

Many people choose to retaliate and ‘prove a point’ to the one who has offended them – and this is where we fail to remember our pre-school addition. If we are shown bad behaviour, and we retaliate with bad behaviour, then the result is a double dose of bad behaviour, it’s simple maths! Hence, instead of improving the situation, we have worsened it. Instead of displaying exemplary character and emulating Rasulullah (sallallahu ‘alaihi wasallam), we have stooped to the level of the offender and emulated his behaviour.

When a person retaliates, he enjoys a brief moment of satisfaction. However, in the long run, he knows that he missed a golden opportunity to earn huge reward. Thus, soon thereafter, his short-lived euphoria (happiness) fades and is replaced with a lasting feeling of wretchedness and emptiness.

To forgive and forget when faced by an offensive person may be a bitter pill to swallow. However, after the initial bitterness fades, it will be replaced by a feeling of happiness that stems from practicing on the sunnah of Rasulullah (sallallahu ‘alaihi wasallam) and pleasing Allah Ta‘ala. This person will have no regrets and excess baggage weighing him down as his heart will be clean and free of grudges.

Finally, when retaliating, one is forced to tread a fine line, as it is not permissible for one to retaliate by doing more than the offender had done. Unfortunately, most people fail in this regard. In response to ten words of abuse, they reply with one hundred words, and post it online to be ‘liked’ and ‘re-tweeted’ for good measure.

So, the next time someone treats us badly, let us be the bigger person by rising to the character of Rasulullah (sallallahu ‘alaihi wasallam) instead of belittling ourselves by stooping to the bad behaviour of the offender.

Share
Previous What is the status of the relationship between children born from more than one marriage?
Next The Illusion of Perfection

mahajjah.com The probability of sin falls under divine wisdom It is clear from the Noble …