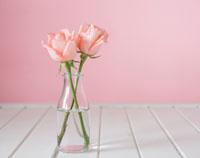 Nabi Ayyoob (‘alaihis salaam) remained in the state of sickness for more than eighteen years, yet he and his respected wife remained patient and steadfast.

One day, Shaitaan approached the wife of Nabi Ayyoob (‘alaihis salaam) in the form of a doctor. As he had adopted this form and appeared to be a normal person, she did not realise that it was actually Shaitaan in front of her. Thinking him to be a doctor, she asked him, out of concern for her husband, whether he had any cure for his illness. Shaitaan said, “I do have a cure. However, in return for the cure, he must address me and say, ‘You have cured me’. I do not want any other compensation for my treatment.”

This incident greatly grieved Nabi Ayyoob (‘alaihis salaam), as Shaitaan had now even begun to try and mislead his wife. It is in reference to this attempt of Shaitaan that Nabi Ayyoob (‘alaihis salaam) made du‘aa to Allah Ta‘ala, asking Allah Ta‘ala to cure him, saying, “Indeed Shaitaan has afflicted me with distress and suffering.” (Surah Saad, v41) Allah Ta‘ala accepted his du‘aa and instructed him in the following words, “Strike with your foot, here is (water for) a cool bath and to drink”. (Surah Saad, v42)

As he did so, a spring of water gushed forth. Nabi Ayyoob (‘alaihis salaam) then drank the water and bathed in it. Allah Ta‘ala placed the cure for his illness in this water, and through drinking it and bathing in it, he was completely cured of his illness.

Thereafter, Allah Ta‘ala sent him a garment of Jannah. When his wife arrived to care for him, according to her routine and habit, she failed to find him. She saw a man seated nearby and asked him, “Have you seen the ill-man who used to be here?” She was greatly grieved and thought that he had perhaps been killed by wild animals. At that moment, the man informed her that he was actually Nabi Ayyoob (‘alaihis salaam). Initially, she struggled to believe him, but he then told her of how Allah Ta‘ala had cured him of his illness.

Allah Ta‘ala then restored the youth of his wife, allowing her to bear Nabi Ayyoob (‘alaihis salaam) children once again. According to some reports, she gave birth to twenty-six sons, while other reports mention that Allah Ta‘ala even brought his children, who had passed away, back to life. Allah Ta‘ala also sent two clouds to him; the first filled his threshing floor with gold, and the second filled his other threshing floor with silver. In this manner, Allah Ta‘ala replaced everything that he had lost and granted him more than he initially had.

Nabi Ayyoob (‘alaihis salaam) now needed to fulfil his vow. Allah Ta‘ala told Nabi Ayyoob (‘alaihis salaam) that instead of lashing her one hundred times, he should take a bundle containing one hundred pieces of straw, and lash her once with it. In this manner, the vow will be fulfilled. Allah Ta‘ala says, “And take in your hand a bunch of grass and strike with it, and do not break your oath.” (Surah Saad, v44)

1. Many people have good intentions and praiseworthy motives. They sincerely wish to assist people and bring about betterment. However, together with the intention being correct, it is necessary that the means adopted be pleasing to Allah Ta‘ala.

3. Allah Ta‘ala never forgets the loyalty of His servants. Hence, whether in this world or the next, He will most certainly acknowledge their efforts and reward them. Thus, due to her patience, perseverance and loyalty, Allah Ta‘ala Himself told Nabi Ayyoob (‘alaihis salaam) of a method through which his wife would be saved from the hundred lashes. Similarly, if we remain loyal to Allah Ta‘ala, He will be there for us in our time of need.

4. As severe as the sickness of Nabi Ayyoob (‘alaihis salaam) was, he bore it patiently and did not become greatly worried or perturbed. However, when Shaitaan attempted to misguide his wife, he became extremely worried and turned to Allah Ta‘ala in du‘aa. Hence, we understand that one of the greatest worries and concerns that we should have is for the guidance and piety of our families. For this, we should constantly make du‘aa and encourage them towards righteousness.

Share
Previous Is Damm-e-Shukr and the slaughtering of a Qurbani animal necessary in a Qiraan, Tamattu’ and Ifraad Hajj,?
Next Rejoice at Your Calamities