What would you do if you had the opportunity to enjoy a 3 month summer vacation annually? How would you spend your time – a foreign holiday, perhaps? Lots of partying and relaxing, certainly. Maybe some vacation work or volunteering?

For residents of the Gaza Strip in Palestine, the options are notably different. Crippled by an occupation lasting over 4 decades and a concurrent siege that has been in place since 2006, citizens of what is often referred to as the world’s largest open-air prison, find little room for manouver. Travel outside the territory is severely restricted and opportunities for wholesome recreation within the sliver are limited. Added to that, residents have to cope with one of the worst unemployment rates globally. Still, Gazans – in their characteristically resilient way – continue to find innovative and uplifting means to compensate for their lack of choices.

Since 2009, in the wake of Israel’s brutal assault on Gaza, Islamic organisations, complemented by the Strip’s Waqf Ministry, have devised an enterprising annual programme to draw youth closer to the Masaajid and guide them towards fruitful use of the summer vacation period. At the forefront of these initiatives is Dar al Quraan Was Sunnah, a distinguished Islamic institute headed by Dr. Abdul Rahman al Jamal, also a member of Gaza’s Legislative Council.

4 years ago it oversaw the first ever co-ordinated Hifz Memorisation programme at Gaza’s Masaajid during its’ summer vacation. The mission: Attempting to get youth between the ages of 8 and 25 to memorise the entire Quraan in those 12 weeks. What began as a pilot project catering only for high performing students quickly outgrew itself when it was discovered that the majority of students had actually memorised the entire Quraan within the short period and found the process to be less strenuous than originally perceived. Dr. Jamal said the results had surpassed his wildest expectations.

In its second year, the programme was expanded to accommodate 1000 youth, the majority of whom again managed to memorise the entire Quraan within the period. A year later, exhibiting unprecedented growth, Gaza Prime Minister Ismail Haniyeh – himself a Haafiz – presided over the graduation ceremony which crowned over 10 000 Palestinian youth as Huffaaz or memorisers of the Quraan after the vacation.

The sheer number of graduates in such a brief period of time has had many marvelling at the secret formula for such record-breaking success. Mahmud Abu Shamala, an English teacher in Gaza and graduate of the programme told Cii it all boiled down to dedication and hard work. “I know it sounds very challenging for the people in South Africa and the West, but there is an Arab poet who said, ‘If you have a goal you’d like to achieve, you have to destoy every obstacle in order to achieve that.’ ” He outlined the rigorous 6-8 hour regimen of memorisation that participants undergo during the weeks of the programme.

“The day begins with Fajr Prayer,” he explained. “Thereafter participants come together in circles of Zikr, Salaah and Dua. Everyone in then placed individually. Each student is encouraged to memorise the Quraan page by page.” He said participants were required to recite the Quraan back to their superiors each time they had completed the memorisation of a new page. “Some memorise 5-10 pages daily, others can manage upto 50 pages for the day.”

After Zuhr prayers, lunch is served. Thereafter students undertake a revision of the entire days Quraan learning. A new day with the programme typically begins with recitation of whatever had been learnt beforehand, after which the permission is given to proceed further.

The duration for memorisation of the complete Quraan varies according to the abilities of students. Students, some as young as 10 years are known to have completed the Hifz in just 40 days. Abu Shamala paid tribute to one handicapped orphan who he said epitomised the determination some Gazan youth had to complete the memorisation. “I remember there was a child called Iyad, an orphan who was so dedicated that he arrived at the Masjid at 2am daily, 2 hours before the programme formally began. He literally used to open the Masjid.” Shamala said Iyad had consistently memorised 3-4 Juz daily, completing his Hifz in only 20 days.

The Ash Shafee Programme(named after the honour that a Hafidh will be afforded on the Day of Judgement) caters for both males and females. Shamala says the majority of mosques in Gaza have adopted the programme. He pointed out that, for the organisers, even complete Hifz was not taken as the culmination of the programme. “Qualifying as a Hafidh does not neccesary imply completion of the As Shafee programme. The organisers at Darul Quraan run a lot of additional courses for the memorisers of the Quraan – a course in Tajweed, a course in Hadith, a course in Arabic language, a course in computer skills. Most successful students are grafted into so-called Sanad schools where they spend two years in pursuit of a Sanad that links back to Muhammed SAW.”

Aside from the stated goals of keeping youth occupied during the lengthy summer vacation and assisting them to memorise the Quraan, the overall objectives of the project are much higher – a fact that has even secured Ash Shafee governmental support. Organisers cite the Divine Promise to protect the Quraan as the rationale for the active promotion of the project(“We Ourselves have revealed the Quraan and We are its Protectors” – Quraan 15:9). They reason that since Divine protection is guaranteed for the Quraan, safety would likewise be guaranteed for those who memorise the Quraan, and thus are endeavoring to increase the popularity of Hifz in the Strip for it to serve as a bulwark against Israeli aggression.

Shamala says Gazans attribute the phenomenal success of the programme only to Allah. “Here in Gaza, to be honest with you, we believe what makes us steadfast in conflict and prevents us from being vanquished is Allah, what makes us victorious in the war and siege is Allah, what is making us memorise the Quraan is Allah SWT.”

“All the people of Gaza believe, the government believes, that Allah is making the memorising of Quraan easy for us because Allah is preparing us for a very big thing.”

Jamiat Comment: SUBHANALLAH! What a beautiful miracle of the Holy Quran & evidence of the Power and Might of ALLAH TA ALA. No matter how much the enemies of islam try to destroy the Holy QURAN and are waging a war against ISLAM, ALLAH has promised to protect ISLAM & The Holy Quran. ALHAMDULILLAH!

Are they Prepared for Paradise? 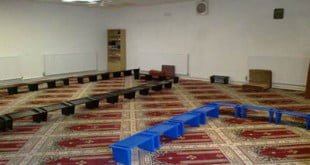 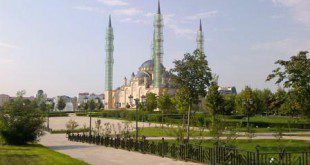