In the course of just a single week this year, 7 prisoners at one South African prison entered into the fold of Islam. A week prior, 5 detainees embraced the faith at another detention facility.

These are among the startling statistics released to the public by the Muslim Prison Board(NMPB), a well grounded national umbrella body, which is the official organization recognized by the Department of Correctional Services representing all Muslim offenders in prisons across Southern Africa.

Across South Africa’s more than 200 correctional centres – locations often tarnished as hellholes of crime, gangsterism and drugs, the Islamic faith is emerging as an important transformative force, according to the NMPB.

Much of this stems from the sustained efforts of the Board, which believes that education and spiritual guidance are the cornerstones of prisoner rehabilitation.

“Prisoners are sentenced for crimes they have committed, but at the end of the day they must come out after they have served their sentence,” National Muslim chaplain Moulana Abdul Azeem Khateeb told Cii Radio recently.

“As the NMPB, we have to ensure that the offender has his/her dignity restored so that they can assume their rightful place in society. If we don’t do that, we are going to send worse people back into the community”.

The aalim said anecdotal evidence had indicated that the sustained program of education was making major inroads.

“Non Muslim prisoners are seeing the greatness of Islam and embracing it, Alhamdulillah. Our intention is not to convert people to Islam, they do it voluntarily. And it is the course of education that we are providing to Muslim prisoners that is producing these results in others,” he said.

Moulana Shabeer Asmal, an executive member of the Board, said prisoners nationwide were being successfully rehabilitated using a 7 point ‘life sylabbus’.

“Every week we remind them about accountability to Allah Ta’alah, exhort them to Salaah and the Tilawah of the Quraan, we encourage Zikr, promote the power of the Dua, hold regular Ta’leem sessions and urge them to revive the Sunnah”.

Moulana Khateeb said Ulama involvement was a key element in the program and remained imperative for its continued success.

“I want to motivate them, and encourage them and inspire them – don’t give up. I can see the changes every month when I review the statistics.” he said.

Share
Previous Israeli lobby power in America
Next Is it permissible for the husband to live abroad away from his wife? 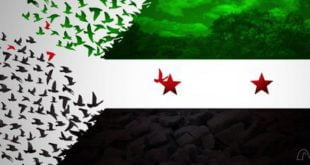