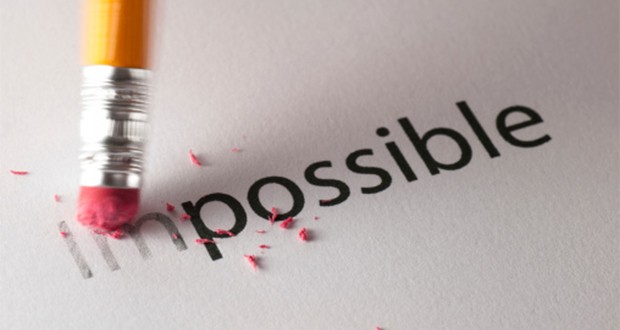 In Pursuit of Optimism

In the direst of times, the Prophet (sall Allāhu ʿalayhi wa sallam) would persistently raise morale, boost confidence and steer attention to the bright side of any situation or condition that the believers would find themselves in. Sahl b. al Hanthalia reports:

This, of course, is nothing less than harrowing news. But how would the Prophet (sall Allāhu ʿalayhi wa sallam) respond?

The Messenger of Allāh (sall Allāhu ʿalayhi wa sallam) smiled and said: “That will be the booty of the Muslims tomorrow if Allāh wills.”[1]

And he (sall Allāhu ʿalayhi wa sallam) would exclaim:

“If the enemy attacks you at night, let your war cry be ‘Ha-Mim. They will not be helped!”[2]

In fact, as the Prophet (sall Allāhu ʿalayhi wa sallam) would walk the streets of Mecca, inviting to Islām, the pagans would hurl at him the most vile of insults, one of which included “Oh Mudhammam” (meaning the despised one) as opposed to Muḥammadan (the praised one). Did this burst his enthusiasm and weaken his morale? Not for one moment, for the shades of pessimism never covered his eyes. Upon hearing their spiteful words, he would say to his companions:

“Does it not astonish you how Allāh protects me from the Quraish’s abusing and cursing?! They abuse a man called Mudhammam and curse Mudhammam while I am Muḥammad.”[3]

It does not stop there. ʿAbdullāh b. ʿAbbas reports that the prophet went to visit a Bedouin who was ill and bed-bound. Rather than lament at his condition, or create for him a sense of despair, he uttered such beautiful words of hope:

“Do not worry, this will cleanse you from your sins if Allāh wills.”

But the response of the Bedouin was incredibly negative. He said:

“Cleans me from my sins?! No, it is a fever that is boiling an old man and will lead him to his grave!”

The Prophet then said:

By the evening of the next day, he was found dead.[5]

As far as the Bedouin was concerned, his fever was causing him nothing but pain and anguish, but the Prophet (sall Allāhu ʿalayhi wa sallam) wisely covered the dark side of his suffering and showed him instead the bright side of it, for this will purify sins and raise ranks in Paradise! The Bedouin insisted however on negativity and thus he reaped what he desired.

In another narration the Prophet is reported to have said:

“Do not curse fever for it expiates ones sins just as the furnace removes the impurities of iron.”[6]

Amazingly, the Prophet (sall Allāhu ʿalayhi wa sallam) would even go as far as changing names for the purpose of upholding optimism! Upon immigrating to Madīnah he would change its name for it was previously known as ‘Yathrib’, a term related to ‘at Tathreeb’ which means to reprimand or to blame. He changed it to Taaba or Tayba meaning ‘that which is good’.

Also, the Prophet (sall Allāhu ʿalayhi wa sallam) once inquired about the name of a particular girl, they said she is: ‘Aasia (preceded with an ʿayn, which means sinner!), so he said: “you are (now) Jameela.”[7] which means the beautiful one.

Similarly, Saʿīd b. al-Musayyab reported that his grandfather went to the Prophet (sall Allāhu ʿalayhi wa sallam). On receiving him, the Prophet asked, “What is your name?” He replied, “Hazn (rough)”. The Prophet (sall Allāhu ʿalayhi wa sallam) said, “You are Saḥl (ease).” He said, “I will not change a name which my father gave me.” Ibn al-Musayyab (his son) thus concludes, “So roughness (Huzunah) remained with us until today!”[8]

In fact, the Prophet (sall Allāhu ʿalayhi wa sallam) changed many names for the purpose of demonstrating the positivity of this beautiful religion of ours. He changed “Ghurab” (crow) into “Muslim”, “Harb” (war) into “Silma” (peace), “Ghaafil” (heedless) into “‘Aaqil” (intellectual), “Nakira” (unknown) into “Ma’roof” (well-known), “Al-Muddaji’” (he who reclines) into “Al-Munba’ith” (full of energy).

The Prophet (sall Allāhu ʿalayhi wa sallam) would even change the names of places. He once came across a land and asked about its name, they said: “‘Afrah” (the colour of dirt) he said, “It is ‘Khadira’” (green). He even once walked through a valley and was told it was called “Shi’b Ad-Dalaala” (the valley of misguidance). He changed its name into “Shi’bul Huda” (the valley of guidance).

Admittedly, attaining such an optimistic outlook to the trials of life is not easy, particularly when the factors involved seem to be massively disadvantageous to the reputation and welfare of Islām. So the question which poses itself is: What then was the source of the Prophet’s inspiration? How did he keep going when others would buckle? How would he smile when others wept? The answer is simple. He recognised the Creator whom he worshipped more than anyone else ever did.

“I will be as my slave thinks of me so let him think of me what he wills.”[9]

To suspect good of Him is a branch of good knowledge of Him. The opposite is true as well.

[6] Sahih Muslim on the authority of Jabir rady Allahu ‘anh

[7] Sahih Muslim on the authority of ibn ‘Umar

Share
Previous How do we lawfully entertain ourselves as teenagers?
Next The Devil’s Net

Can a person be gay and Muslim?

Receive the Reward of Hajj without going for Hajj