In the infinite wisdom of Allah Ta’ala, the appointed time of departure from this world for Moulana Ilyas Ahmad Bayat Shaheed (RA) was 15 Jumadas Thani 1428/ Friday 20 June 2008.Allah Ta’ala terminated his short, pious life with the crown of Shahadat (martyrdom) in his home in Isipingo Beach on the night of Friday at around 8:45 p.m. Inna lillahi wa inna ilayhi raaji’oon. May Allah Ta’ala forgive him and grant him the loftiest position in Jannah. Aameen. Hereunder follows a short biography of him.

Studies
Moulana learnt to recite Qur’aan and basic maktab ta’leem by his grandfather, Hajee Ismail Bayat Marhoom. Thereafter he commenced his hifz by Moulana Shabeer Asmaal Sb (db) and completed it by Moulana Ahmad Chohan Sb (db). He did his dhor (revision of the Qur’aan) for one year in Umzinto by Qari Ismail Desai Saheb (db).

He graduated from the Aalim Faadhil course at Madrasah Taleemuddeen, Isipingo Beach and then furthered his studies for a year to qualify as a Mufti under the auspices of the principal, Hadhrat Mufti Ebrahim Salejee Saheb (db). During this time he also completed the Qiraat e Sab’ah course at the Madrasah under Qari Dawood Randerah Sahib (db).

Khidmaat (Serving the Deen)
In the first two years of his teaching career, Moulana Ilyas taught several subjects to the Aalim course students at Madrasah Taleemuddeen. Thereafter due to the need of the time, he made a major sacrifice and dedicated himself full-time to the Ta’limi Board (Jamiatul Ulama KZN). In this time he assisted with admin duties and also taught Qur’an and Tajweed to students undertaking the Imaam Khatieb course at the Madrasah.

For four years Moulana supervised the makaatib in Umlazi and rendered an excellent service to the people of the area. Almost all the Muslims in Umlazi knew him and had a special place in their hearts for him. He also served the community of Chatsworth, Unit Two as well as supervised the maktab at Reservoir Hills.

Every Tuesday Moulana conducted an adult class in Austerville. In this programme he lectured on different topics relating to Tafseer, Hadith, Fiqh and Seerah. He was also on the Jamiat Jumu’ah roster through which he delivered lectures in the Masaajid around Durban.

Among his great contributions to the Ta’limi Board was his assistance to the publications department. The book “Tasheelul Ahaadith wal Akhlaaq” was largely compiled by Moulana himself. His last work was a book titled “Remedial Qaidah.” It is a primer for pupils who have commenced reciting the Qur’aan but still have difficulty understanding some basic concepts. (This book will be printed soon, Insha Allah.)

Islaahi Ta’alluq
Moulana established his islaahi ta’alluq with his ustaadh, Hadhrat Mufti Ebrahim Salejee Saheb (daamat barakaatuhum) while still studying. For many years he spent Ramadhaan in i’tikaaf in the company of Hadhrat Mufti Saheb (db) and was very regular at Hadhrat Mufti Saheb’s majlis on Saturdays after Asar.

Noble Qualities
Moulana was an aashiq (lover) of the sunnah. He would always be seen wearing an amaamah (turban). On Fridays he was very punctual on reciting durood shareef a thousand times as well as in performing Salaatut Tasbeeh. Whenever he lead the congregation in the Fajar Salaah on a Friday he would mostly recite the masnoon qiraat (Surah Sajdah and Surah Dahar). He was also seen most of the time performing his salaah with Takbeer-e-oola and in the first saff.

During his study days he dedicated himself with much zeal and vigour. He was an exemplary student was among the top students of his class. He displayed extraordinary respect for his Asaatiza (teachers) and eagerly sought opportunities to serve them. Whenever there was an opportunity for khidmat in the Madrasah (to serve guests, help in the Jalsas, etc.) he keenly presented himself. By means of his excellent akhlaaq he took the duas of his Asaatiza and seniors and won the love of all around him.

Moulana was very humble, obliging and always smiling. He was brave and very daring, yet very soft-hearted and of an extremely forgiving nature. Indeed, he was blessed with tremendous forbearance and patience. He kept ta’lluq (contact) and muhabbat with everyone. He had special love for the Ulama and he made a point of visiting the senior Ulama e Kiraam and taking their du’as.

Conclusion
At the young age of 27 he left this temporary abode to meet his Rabb. Just as he was always seen smiling in his life, he also left smiling.

A large gathering including many Ulama attended his funeral. His Janazah salaah was led by his Ustaad and Sheikh, Hazrath Mufti Ebrahim Salejee Saheb. He was finally laid to rest in the Dayal Road Cemetary in Clairwood.

May Allah Ta’ala fill Moulana’s qabar (grave) with noor (effulgence) and grant him the highest stages in Jannah. Aameen. 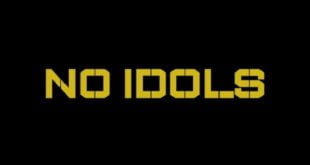 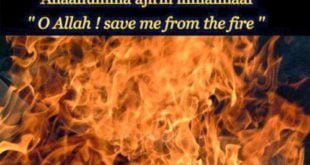 alhaadi.org There was once a youth who went out in the search of knowledge. He …

30 Quranic Verses and Hadith on The Etiquettes of Speech 1. “And when the foolish …