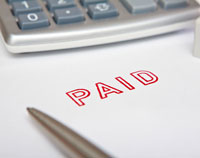 Muhammad bin ‘Ali bin ‘Abdillah Haddaad narrates the following incident from a person whom he knew:

I was once present in the Jaami’ Musjid, in the city of Mansoor, on the Day of Jumu‘ah. While in the musjid, I noticed a man in the saff (row) in front of me who had an outward appearance of dignity and humility. He was so engrossed in performing nafl salaah that he remained engaged in salaah from the moment he entered the musjid until the time drew near for the Jumu‘ah salaah to be performed, and only at that time did he end his salaah and remain seated. Seeing the apparent piety of this man, I became overawed by him and my heart was filled with love for him.

However, as the salaah commenced, I noticed that he did not join the jamaat and perform salaah with the people! This surprised me, worried me and even angered me, as he was neglecting the fardh by not performing the Jumu‘ah Salaah.

As soon as the salaah terminated, I went up to him and said, “O my brother, I have never before seen someone behave as strangely as you! You performed lengthy rakaats of nafl salaah in a beautiful manner, yet failed to perform the fardh salaah and abandoned it!”

The man replied, “My friend! It is on account of an enemy and an excuse that I did not join the salaah.” I asked him, “What do you mean?” He explained, “I owe a certain person a sum of money. I have been hiding in my home for some time as I cannot pay him. Today, I left my home and came to the musjid for salaah. However, just before the salaah could commence, I turned and saw the very person who is my creditor. Furthermore, he saw me as well. This caused me such fear and fright that my wudhu broke and my clothing became soiled. This is the reason why I was unable to perform the salaah. I beseech you, in the name of Allah Ta‘ala, to keep my secret and refrain from telling anyone of my matter.” I asked him, “Who is your creditor?” He replied, “Da’laj bin Ahmad.”

Coincidentally, a friend of Da’laj, whom this person had not recognized, had performed salaah nearby and had overheard the conversation. He immediately proceeded to Da’laj and informed him of what had transpired. After hearing the incident, Da’laj instructed, “Return to this person, take him to the baths and dress him in my own clothing. Thereafter, seat him in my home until I return from the Jaami’ Musjid.” At his request, the friend did as instructed.

When Da’laj returned home, he instructed for the food to be served after which he ate with this person who was his debtor. After they had eaten, Da’laj produced his register and perused it until he located this person’s debt which equaled five thousand dirhams (silver coins). Showing him the register, he said, “Look and see that there is no mistake in this record or no amount has been omitted!” The man looked into the register and submitted that the record was indeed correct and that no amount had been overlooked.

Da’laj placed his stamp on the debt in the register and wrote beneath it ‘Paid’. He thereafter asked for a scale and measured five thousand dirhams. He then addressed the man saying, “I have absolved you of the amount that you owed me, and I ask you to please accept this amount of five thousand dirhams as compensation for the fear and fright that entered your heart when you saw me in the Jaami’ Musjid.”

1. In the above incident, the man was so affected by his debt that as soon as he saw his creditor, he was overcome by fright. On the contrary, in today’s times, people tend to be casual and lackadaisical regarding their debts. Even when they have the means to pay, they procrastinate and use the money to go on holiday, upgrade their car, etc., despite the complaint of their creditor. If we truly understood the severity of debt and our answerability for it before Allah Ta‘ala, we would not take our debts casually.

2. The pious people of the past were such that their hearts were not consumed by the love for wealth. Hence, they regarded not causing inconvenience and pain to their Muslim brother as more important than recovering the debts that were owed to them. Unfortunately, there are many people who are so infatuated and intoxicated by wealth that they are prepared to sever family ties and even take their own siblings to court, or abuse their staff and subordinates while cheating people and stealing from them in order to gain wealth.

http://uswatulmuslimah.co.za
Share
Previous Does one’s Tahajjud Salaah break with the entering of the time of Fajr?
Next Obey ALLAH’s Command, Not our Desires – Eye Opening Incident