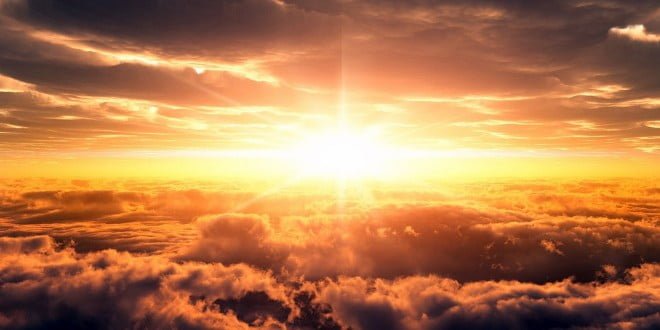 ‘WHEN there is just one son, parents have to make him live with them; when there are several, it’s easier, as some of them can go abroad. After all, parents should not be left all alone. That is why one should have many children,’ says a mother-of-five empathetically. I remain silent, not agreeing with her simply because not everyone is blessed with children.

My mind shifts to some childless couples and unmarried people I know.

If Allah has kept them barren, what should their outlook be on life during old age?

Should they constantly be complaining to Allah for the fate decreed on them, or should they accept their fate and be content with it, achieving peace of mind?

Almost anyone and everyone can choose to be ungrateful. A short person may wistfully look at taller people and lament on his or her natural stature; a pauper sitting on the curb may stare enviously at the glamorous cars passing by; a blind person can very well gripe about not being able to see; and of course how slightly dark-skinned people wish they had fairer skin.

If one were to cave in to negative thinking, ungratefulness and wistfulness for the blessings one has supposedly missed out on in life, he or she would be losing on something greater: the blessings they have been granted by Allah! Life’s just too short to lose the good moments wishing for what was not meant to be yours in the first place.

The tendency to be ungrateful and negative in thinking is admittedly more common in women; this is a fact that has been mentioned in several Ahadith.

It is common to behold an unmarried girl, desperately wondering why a decent proposal has not come her way. As years pass by, the pressure to marry her off mounts on her parents.

A married woman who has not conceived a child will despair hopelessly, as she hears of the third pregnancy of a friend who got married a year after she did.

Another mother-of-three, standing in her tiny kitchen, may be crying hot tears of envy at thoughts of how other women her age live in compound villas with 24-hour maids. The cycle of ingratitude continues throughout some people’s lives: want something – pine, despair for it – achieved it and forgot about it; want something else – pine, despair for it – got it and forgot about it.

“And He gave you from all you asked of Him. And if you should count the favour/blessings of Allah, you could not enumerate them. Indeed, mankind is most unjust and ungrateful.”
[Surah Al Ibrahim,34]

There is great Divine wisdom behind the concept of being pleased with Allah’s decree, known as “Al-Ridaa Bil-Qadr”. Prophet Muhammad (peace be upon him) prayed for this blessing in one of his ‘masnoon’ dua’s. It is indeed the requisite ticket to blissful peace of mind and unparalleled contentment of soul during this world’s life.

“O Allah I ask you for a reassured soul, that believes in meeting you, and is pleased with Your Decree, and is content with what you have bestowed .”

But how does one achieve this desired goal?

Prophet Muhammad (peace be upon him) taught us a strategy to acquire this state;

“Do not look to those above you. Look to those below you, as it will more likely remind you of Allah’s favors bestowed on you.”

Also, we are encouraged to look up to those who do good so that we can try to be like them.

If one persistently refuses – for Allah’s sake – to wistfully or enviously look at, or think about, people who are better off than him in worldly blessings, eventually he will reach a point when he will never be bothered by, or concerned with, what others have. Instead, he will focus on the good deeds he can do that will grant him a good destination in the Hereafter – the eternal life – where happiness and blessings are everlasting, not fleeting.

On achieving Ridaa Bil-Qadr, an unmarried woman will not feel anything when she hears of girls younger than her getting married or having babies; a childless man will not feel any regret or rancor when his brother begets his tenth child; an old woman, who has outlived her spouse and all her children, will not feel anything when she hears of other families gathering together on Eid. They will instead be content with what Allah has decreed for them and have a kind of peace and calmness inside them that cannot be bought with all the wealth in this world. 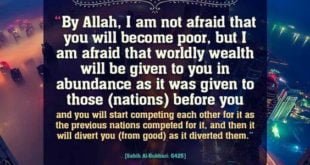 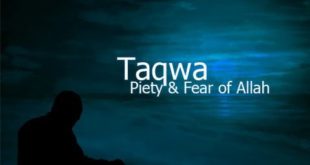 We enrolled 30 days in a course called Ramadhaan to reach “Taqwah”(Fear/Awareness of Allah Ta’ala). …