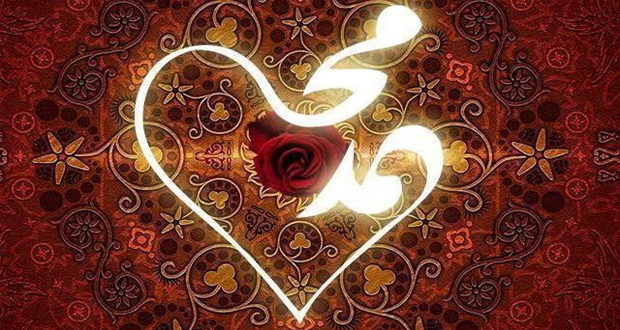 “Those who subdue their voices when they are with the Messenger of Allāh” lowering them when speaking to him directly or to others while in his presence out of respect for him (sall Allāhu ʿalayhi wa sallam) “are people whose hearts Allāh has tested for mindfulness (of Him),” selecting them and purifying them, refining them and separating the pure from the filth,[1] and making them a home for taqwā.[2] “They will have forgiveness” for any mistakes they make as man is bound to do “and an immense reward,” which is Paradise.[3]

“Those who subdue their voices when they are with the Messenger of Allāh” this is an example of the respect due to Allāh’s Messenger (sall Allāhu ʿalayhi wa sallam) as mentioned in the Qur’ān,

We have sent you as a witness, a bearer of good news and warning, so that you (people) may believe in Allāh and His Messenger, support him, honour him, and praise Him morning and evening.[4]

This was the way of the Companions. They would subdue their voices when speaking in his presence as stated by ʿUrwah b. Zubayr.[5]

“are people whose hearts Allāh has tested for mindfulness (of Him),”

“are people whose hearts Allāh has tested for mindfulness (of Him),”

Allāh tested their hearts in order to refine them and extract the filth of opposition and base desires in much the same way that gold is refined from other materials. This is the ultimate goal of the test, and implied in the āyah, even if not explicitly stated.[8] Hence, when the Salaf came to comment on this āyah, they explained:

This āyah illustrates, with one stark example, that throughout the course of one’s life, a Muslim will be tested in many ways with temptation to do evil or submit to his or her lusts and desires. To pass that test, he must fight that temptation and subdue it, and to do so signifies strength of faith and character, and is beloved to Allāh, Most High. A person who does this is upon istiqāmah, remaining firm on the path to Him.[13]

As for those who say, ‘Our Lord is Allāh,’ and then remain firm on the path to Him, the angels come down to them and say, ‘Have no fear or grief, but rejoice in the good news of Paradise which you have been promised.’[14]

Humbling oneself before Allāh and His Messenger (sall Allāhu ʿalayhi wa sallam) is a sign of taqwā and a means of repressing arrogance in oneself.

We grant the Home in the Hereafter to those who do not seek superiority on earth or spread corruption: the happy ending is awarded to those who are mindful of Allāh.[16]

“They will have forgiveness and an immense reward”

The words maghfira (forgiveness) and ajr (reward) are indefinite nouns. The indefinite sense is used to aggrandise and enhance the recompense for showing due respect to Allāh’s Messenger (sall Allāhu ʿalayhi wa sallam) and the extent of Allāh’s pleasure.[17] It also illustrates the severity of not showing due propriety as the implication is that they will not enjoy this reward.[18]

A believer can fall into error and sin but he should not succumb to despair or give up hope because Allāh is the forgiving. He should remain optimistic at all times.[19]

The āyah also shows us that fine conduct leads to forgiveness and great reward.[20] Allāh’s Messenger (sall Allāhu ʿalayhi wa sallam) said, “There is nothing heavier on the scales than fine conduct.”[21]

Share
Previous Moulding the Mothers of Tomorrow
Next “You have two qualities beloved to Allāh….”