Home | *Blog | Start with Yourself! 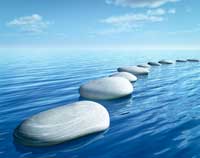 Shaikh Nizaamuddeen Awliyaa (rahimahullah) was a great scholar and famous sage of the 7th century. Thousands had accepted Islam and repented at his hands. Even the kings and monarchs would visit him for du‘aas and blessings. The world has seen very few saints of his calibre. Like many other luminaries, he lost his father at the tender age of five and his mother, Zulaykha (rahimahallah), alone gave him the excellent upbringing which produced that personality which the world still marvels over.

Since her childhood, Zulaykha (rahimahallah) was very pious and would constantly cry out of the fear of Allah Ta‘ala. People would even call her “Raabi‘ah Basriyyah” due to her piety and virtue. Her du‘aas would be readily accepted as well. It was her practice in times of necessity, that she would recite five hundred times durood shareef, then extend an edge of her dupatta (head scarf) in front of her and beg with utmost humility. It was certain that she would get what she needed very shortly thereafter.

1. The piety of the mother definitely leaves its mark on the child. Hence if we wish that our children be leaders in righteousness and make us ‘proud’ when they grow up, we must start with ourselves, even if we are still teenagers at the moment.

2. We need to learn how to beg from Allah Ta‘ala and present our needs before Him. In proportion to the conviction we have in Him, He will accept our supplications and respond to our call.

The See-saw of Life 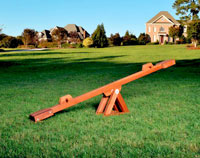 Despite coming from a wealthy background and growing up in luxury, her father married her to Sayyid ‘Ali Bukhaari, who was not so well off. Zulaykha (rahimahallah) led a very happy married life with her husband. There was only one thing that brought sadness to her. It was that they had no children despite being married for fifteen years. Husband and wife were both concerned about this. However Sayyid ‘Ali Bukhaari would console his wife and explain to her that it is incorrect for her to lose hope. As a couple they both continued to make the following du‘aa:

“O my Rabb! Do not leave me childless, and You are the best one who gives successors (children).”

Eventually Zulaykha (rahimahallah) was blessed with a son, named Muhammad, who rose and shone in the world as Shaikh Nizaamuddeen Awliyaa (rahimahullah). A year later, a daughter was born to her as well. However when her son was only five years of age her husband passed away.

1. Years of patience and du‘aa indeed pay off one day. Although she waited for such a long time to be bestowed with a child, the son that she finally received was far greater than millions of other sons.

2. Effort and du‘aa are within our means and must continue, whereas the result is beyond us and should be completely handed over to Allah Ta‘ala.

3. This world is such that it always comes with its share of challenges. Its reality is such that just when Zulaykha (rahimahallah) received what she loved to always have – that is children, she lost what she loved and had – her husband. This world will continue to be a place of tests. We merely need to be happy with the decision of the Master of both the worlds.

“We are Guests of Allah Ta‘ala” 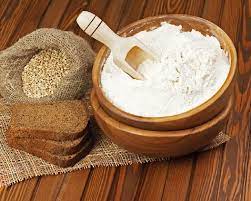 Zulaykha (rahimahallah), having lost her husband, tried to bring in an income of her own. She would spin yarn and send her domestic worker to the market place to sell it. However, this income would not be sufficient, hence often there was no food at home for a day or two. On the day that there was no food, Zulaykha would say to her children: “Today is a very blessed day. Today we are the guests of Allah Ta‘ala.” The son, Shaikh Nizaamuddeen Awliyaa (rahimahullah), mentioned that this statement of his mother would bring great happiness to him. He says: “Once someone brought some flour for us that lasted for many days. During this period I would look forward for the day when my mother would once again say: ‘Today we are the guests of Allah Ta‘ala.”’ Finally that flour depleted and she said to us: ‘Today we are the guests of Allah Ta‘ala.’ This statement brought such joy and happiness to me that I cannot explain.”

Despite such constraints, Zulaykha (rahimahallah) ensured that her children were given the proper ta’leem and tarbiyat – the knowledge of deen and a correct Islamic upbringing.

1. Going through financial constraints does not necessarily warrant a woman to leave her home and venture into the ‘vicious’ business world. She should try to do some home industry, keeping her gaze on Allah Ta‘ala. Insha-Allah He will make a way out for her.

2. Yaqeen (conviction in Allah Ta‘ala) is a guaranteed cure for depression. We need to enhance our yaqeen and the yaqeen of our children that everything happens because of the will of Allah Ta‘ala and He is the only One Who can sort out our problems.

An intelligent woman is one who always keeps herself and those around her in high spirits. She could have become depressed because of her poverty and live a miserable life which would have affected her children as well. Yet she chose to look at the positive side of her predicament, thereby keeping herself and her family happy and joyous despite their pitiable state.

“As you Live, so will you Die” 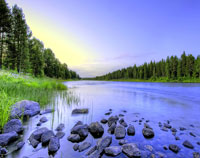 Shaikh Nizaamuddeen Awliyaa (rahimahullah) says: “At the beginning of every Islamic month, I would fall at the feet of my mother and give her the news of the coming of the new month. Once, when I came to her, according to my habit, with the news of the coming of Jumadath Thaaniyah, she said to me: ‘At whose feet will you fall next month?’ I understood that her death was close. Hence I became emotional and asked her: ‘To whom are you handing over this poor son of yours?’ She replied that she will answer my question tomorrow. She also asked me to spend the night at the house of Shaikh Najeebud Deen. I did as she instructed. In the last portion of the night, just before dawn, her attendant came to call me. When I presented myself before her, she said: “Yesterday you asked me a question which I am going to answer now. Listen very attentively.” Then she held my right hand and said: ‘O my Allah! I am handing my son over to You (in Your care)’.” Thereafter she recited the second kalimah repeatedly and breathed her last.

Shaikh Nizaamuddeen (rahimahullah) says that I thanked Allah Ta‘ala abundantly for this and thought to myself that I would have not been so happy if my mother left behind for me an entire house full of gold and pearls in place of this.

1. Instead of only impressing on our children that their parents are there for them in any problem, let us link them to Allah Ta‘ala. Once they are linked to him, we would have given them the permanent solution for all their problems. Otherwise the day our eyes close, which is inevitable, they will be unable to cope with the pangs of separation and may fall into a serious depression.

Share
Previous Sayyidatina Aaishah RA
Next Why shouldn’t I listen to Imran Hosein?