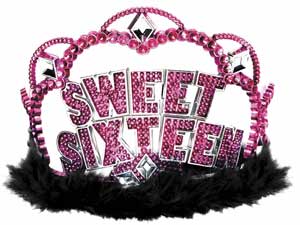 The bright neon needles of the German-engineered deafening clock shone on the dressing table of my unusually‘cold’ and eerie room. Half the night had passed without even a wink of sleep. Spending the entire day at the mall, where I ‘shopped till I dropped’ … I was exhausted, weakened and drained. So badly was I “bushed” that I thought that my eyes would slam shut even before my head hit the pillow.

Tossing and turning since 22:30, I tried to cool myself, pacify my brain and clear my mind. Never before was I conscious that so many dogs lived … nay, roamed … the neighbourhood, but on this restless night I heard every single yap, howl and bark.

The nervousness, uneasiness and anxiety that haunted me and wreaked havoc with my brains were most definitely unlike the normal exam stress or the fretting and worrying about not having a ‘killer’ outfit for Aaliyah’s 18th birthday party. Zak (Zakariyya) ditching me, and Zakia back-stabbing me, didn’t tickle anymore coz I was consumed and overwhelmed by a far greater concern.

I was dejected, depressed and drowning in a state of “emptiness”. Butterflies in my stomach, tightness in my chest, heaviness in my breath, blurriness in my vision, and palpitations turned my life upside down. I was literally drowning in my perspiration.

Neither could my best friend Fats (Faatimah) help me, nor my adoring mother avail me. Downloading a few soothing and relaxing nasheeds didn’t make a ‘diff’. Neither did texting my classmate, Zahra, who’s always up till late, make any dent.

Aah! What’s gonna happen when the fiery and scary eyes of the angels replace the two neon needles in that pitch black pit two meters down?

What have I done for that ‘first’ night?

My screams won’t be heard by mummy and my sobbing won’t be comforted by any.

O my God! Didn’t my favourite cousin, Raeesa, abruptly leave us at my age, sweet sixteen as they say?

What’s sweet about my being sixteen? I’ve already messed up the first three months with guys, music, clubbing, drugging and the worx.

Unable to handle the stress, fearing a nervous wreck, having lost hope in all, I was forced to make wudhu and perform my Esha Salaah, which I only did in Ramadhaan and on that odd Thursday night.

Oh, what a relief!

Is this the same salaah that would be such a burden and seem like a never ending ordeal? It feels so brief now! How I wish it could last much longer!

Completing the salaah, my hands instantaneously lifted up in du‘aa, again something I only did for five minutes in the entire year on the 27th night of Ramadhaan.

Am I the same person? Crying and sobbing in du‘aa? Is it me?

Never before did I cry so much. Unlike other cries, this time every tear brought me more comfort and every sob gave me greater relief.

Just then I remembered having a cd with some lecture, which my aunt distributed on the occasion of her daughters’s hifz completion. It was too unthinkable of me listening to it back then … but now, in my moment of dark despair …. the lecture-title struck: “Don’t Lose Hope.”

Darting to my junk drawer, I scratched through it and managed to lay my hands on the disc. Then it was “junk”, but now it was more valuable than“gold”!

Just gazing at the title was a relief which words cannot describe …. as if a huge boulder was moved off my chest, or a mountain lifted off my head.

I then rushed over to my mp3-player, but this time with an Islamic lecture, not the latest album of my favourite pop star or the so-called “Islamic Music”, which has nothing Islamic, bar a few names and words.

“Our Merciful Allah loves to forgive our sins. He waits for us to repent to Him. No sin is too grave. He forgave thousands of disbelievers, murderers, prostitutes, fornicators, drunkards and the worst of sinners”, said the learned scholar. “Take one step towards Him and see how He will ‘run’ towards you.”

The scholar then went on to explain the most ‘hope-boosting’ incident I’ve ever heard. Yes it’s about the “despicable blighter” who killed ninety nine people and then ‘scored’ his century with the man he was misdirected to when he said there was no hope for him. Even then he didn’t give up. He continued with his search for the path of repentance until he came across an experienced, pious and learned scholar who assured him that the doors of repentance are still wide open.

“What! A hundred murders! Yet the doors of repentance haven’t slammed shut on him! There must be hope for me then … I may have committed tons of sins, but murder, never ever! Not even one, forget a hundred!”

This gave me all that I needed … hope in His mercy.

An intriguing side-note the scholar mentioned in this connection: “just as we refer our worldly problems to the experts of the respective fields, the accountants, lawyers, doctors, engineers … much more importantly we need to refer our deeni and spiritual concerns also, to some specialist!”

We cannot solve them by self-study of the Quraan and hadeeth or by referring to ‘Mufti Google, Shaikh Facebook and Allamah Twitter’.

Furthermore the choice of the specialist is extremely critical. Just as referring to an unqualified and incompetent person in worldly issues may result in us sinking deeper into the hole … taking deeni and spiritual guidance from someone who is unreliable, insincere and far removed from the glorious sunnah, both outwardly and inwardly, will result in us distancing ourselves further away from Allah Ta‘ala. To the contrary, such “self-taught-scholars” are potential threats to the principle beliefs of deen (‘aqaaid). A classic example in this regard, is the disastrous outcome of the first person to whom the multi-murderer was (mis)directed to.

“If a person has deliberately denied himself of the beauty of our beloved Nabi (sallallahu ‘alaihi wasallam) on his face and on his head, how can he tell the masses about following Rasulullah (sallallahu ‘alaihi wasallam)? If he inter-acts casually and flirtatiously with women, and is ‘approachable’ by the opposite gender, how can we take our deeni and spiritual guidance from him?”

Wow! How true! It’s just so logical and makes perfect sense! Yet it has sadly become a difficult “common sense” to grasp!

After giving him this assurance, the pious and learned scholar showed him a unique method of repentance. He was advised to leave his town: A town which was infested with vice and sin, due to the flood of filth, flaws, muck and evil influences. The man was asked to move over to a town where the pious resided. Hopefully, this was going to assist him in repenting and committing himself to the “straight path”.

I immediately grabbed my Galaxy Note 20, deleted a few of those “cool” apps and all those “just good ‘boy’ friends” I had as WhatsApp, Instagram, Tiktok, Twitter and Facebook contacts.

“These are definitely negative influences for me. They cause me to slip and slide, every so often. If I really mean to change, I don’t need this ‘stuff’ in my life.”

Sincere about repenting, this multi-murderer, a “centurion” at this evil, leaves on his journey towards Allah Ta‘ala. En-route his moment of death stares him in the face. The angels of mercy and the angels of punishment begin to dispute about who should extract his soul. Allah Ta‘ala orders another angel to decide between the two disputing parties that whichever town he (the multi murderer) is closer to, the respective angel/s will extract his soul.

Guess what happens next …

“O my Allah! You are so Merciful! You are so Kind! You love to forgive! You make such strange arrangements for the one who turns to You! I am so ungrateful and unappreciative. I have wasted my early teens in heedlessness and rebellion. Please do forgive me and make me from among Your obedient servants!”

By now I was a changed person. I turned a new leaf in my life and resolved to become an “abiding servant” of Allah Ta‘ala.

What can I tell you my buddies … It’s been the most enjoyable six months of my life. I am still the same girl … still sixteen … but the sweetest sixteen I could have ever dreamt off.

Take my word for it. Make the change. Do the “upgrade” and see how sweet your sixteen would become … Nay, even your sixties and after!

Share
Previous SMS Competitions
Next I’ll Cross the Bridge when I Get there!

Back To School…But What About Islamic Education?

In the Footsteps of Nabi Yusuf (‘alaihis salaam)

Is it sinful to stop breastfeeding before two years?