Tens of thousands of innocent civilians have fled the Idlib province in Syria after a deadly increase in airstrikes and bombings by Russia-backed regime forces.

The latest’s casualties and bombardment has resulted in another lethal humanitarian challenge as Syria’s war enters another cold winter season.

On Friday, UN observers stated that over 18,000 people have fled Idlib and have become displaced in just 24 hours, as the deadly onslaught continues.

On Thursday alone, at least 19 civilians were reported to have been killed. This followed a further seven on Friday morning.

The last farewell … funeral and burial took place for wife and three daughters of White Helmet Anwar. The four were slain in a regime missile attack which targeted his house in the town of #Bdama, west of #Idlib this afternoon. 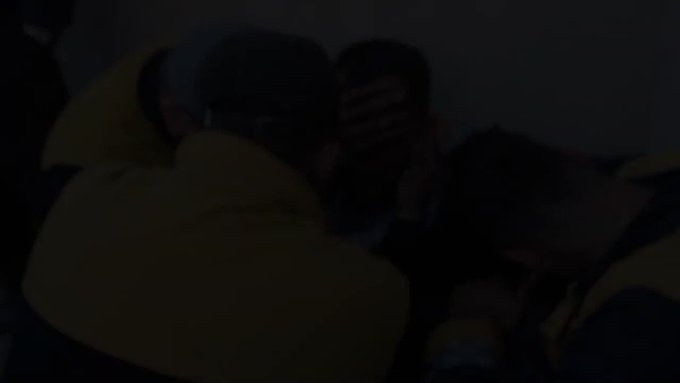 According to several reports quoting Syria’s Response Coordination Group, over 80,000 Syrians have fled to the Turkish border in just the last five days. Over one million Syria refugees already live near the Turkish border.

The UN humanitarian agency OCHA on Friday warned about the impact of the strikes. It said:

“Following the intensification of air strikes and shelling since 16 December in southern Idlib, tens of thousands of civilians are reportedly fleeing from Maaret al-Numan area in southern Idlib governorate to [the] north,”

“Since the evening of 19 December, residents of Maaret al-Numan town… began to communicate to the humanitarian community that they wanted to move to safety, but were unable to move due to the heavy aerial bombardment,”

“The numbers of families who [have] already fled in the past 72 hours are estimated to have reached tens of thousands, and there are thousands of others who are potentially waiting for the air strikes and bombardment to ease to allow them safety to move.”

In November, the UN Office for the High Commissioner for Human Rights (OHCHR) said that it had verified over 1,000 civilian casualties in north-western Syria since April as a result of hostilities between pro-government and opposition forces.

It further added that, dozens of attacks against medical facilities and staff had also been verified.

Syria’s eight-year civil war was born out of peace protests by Syrian civilians for reforms and changes in the Syrian regime. The latter’s response was one of violence and brutality, which forced the people to take up arms in defence.

At least 500,000 people have been killed in the ensuing violence, with many more being displaced. The Syrian regime, with backing and support from its allies in Russia and Iran, has been able to militarily defeat opposition and rebel fighters, and are regaining territory that had been lost in previous years.