Home | *Blog | The Necessity of Ikhlas (Sincerity) in Deeds 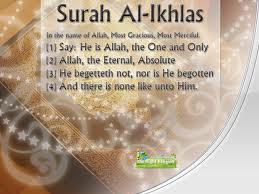 The Necessity of Ikhlas (Sincerity) in Deeds

Ikhlas (sincerity) in our actions and statements is of utmost importance for the acceptance of our deeds. Al-Bukhari and Muslim narrated that ‘Umar said, “I heard the Messenger of Allah (s) say:

“Verily, the reward of deeds depends upon the Niyyah (intentions) and every person will get the reward according to what he has intended.”

Therefore, every action that was not performed solely for Allah’s Sake, is annulled and fruitless in this life and the Hereafter.

There are two implications for the word Niyyah according to the scholars. One of them pertains to distinguishing acts of worship from acts of habit. For instance, there is a difference between taking a bath to remove impurity (to be able to pray and engage in other acts of worship), and taking a bath to cool off. Also, there is a different Niyyah for Zhur prayer than Asr prayer and fasting during Ramadan in contrast to fasting in other months.

The second meaning for Niyyah pertains to distinguishing between the intention behind the act – if it is directed to Allah Alone or to Allah and others. This meaning carries with it happiness or misery and reward or punishment. For example, two different persons might perform the same act, paying equal effort to it but one of them earns a reward while the other earns no reward, or even punishment, because the intentions were different in each case.

Some scholars said that this is why people vary in grades (in the sight of Allah); it is in accordance to the intentions behind their actions, not because of merely fasting and praying. Imam Ibn Rajab said:

Know that performing deeds for other than Allah is of different types. Sometimes, this action might be to show off in its entirety, and thus, one seeks to be seen by the creation for a worldly gain. For example, this is the state that the hypocrites pray in. Allah describes them as follows:

“…And when they stand up for As-Salat (the prayer), they stand with laziness and to be seen of men, and they do not remember Allah but little…” (Surah An-Nisa: 142)

Allah also described some as follows:

“…And be not like those who come out of their homes boastfully and to be seen of men…” (Surah Al-Anfal:47)

Thus, let’s remind ourselves that showing off can annul our acts of Ibadah and may even lead us to earn Allah’s anger and torment. Sometimes, the act might be for Allah and is mixed with showing off. In this case, there are authentic texts asserting that if the intention of showing off was present at the time one intended to perform a righteous act, the act itself will be annulled and fruitless. But when the act was started to gain Allah’s reward alone, but changed later on to include an intention to partially show off, then it will not annul the act, provided one strives to repel such thoughts.

As Musilms, therefore, we should worship Allah in sincerity and stay away from Riya’ (showing off) and evil intentions. We know from Quran and hadith that Allah does not look at one’s shapes and wealth, but rather at one’s hearts and actions.

Performing a righteous deed solely for Allah can help us towards achieving states of Ikhlas (sincerity). This way, the act can be easily steered away from Riya’ (showing off). The Prophet (s) said in an authentic Hadith, that among the seven whom Allah shades under His Shade, on a day when there wiII be onIy His shade:

” …A man who gives charitable gifts so secretly that his left hand does not know what his right hand has given (i.e., nobody knows how much he has given in charity).”

“If you disclose your Sadaqat (almsgiving), it is well: but if you conceal them and give them to the poor, that is better for you. (Allah) will expiate you some of your sins.” (Surah Al-Baqara:271)

Scholars recommend that when a believer gives away charity for a good cause, he should not agree that his name be announced to the public, such as in newspapers, unless the purpose is to encourage others to pay for this and other charitable causes, or if his name is announced without his knowledge. Again, we should be conscious of the fact that Allah always knows the real intentions behind our actions.

To conclude, let’s ensure that we strive to clean our hearts, intentions, and acts from all types of Riya (showing off) and instead should direct our good acts for Allah alone. The real rewards and payback is only with Allah and that’s all that we should strive for.

Say (O Muhammad (S): “I am only a man like you. It has been revealed to me that your Ilah (God) is One Ilah (God – i.e. Allah). So whoever hopes for the Meeting with his Lord, let him work righteousness and associate none as a partner in the worship of his Lord.” (Surah Al-Kahf:110) 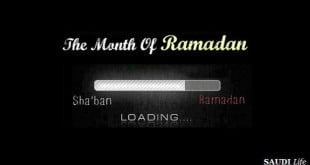 Sha`baan and the Coming of Ramadaan 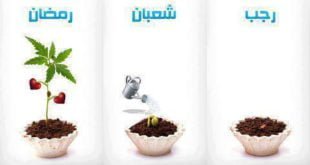 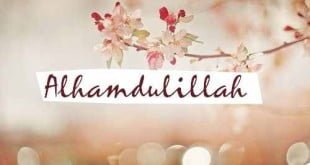 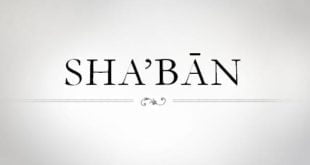 Use Sha’ban to Prepare for Ramadan 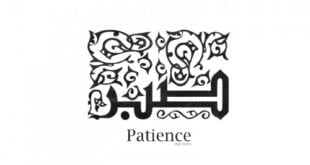 Sameera Hameed Beautifully compiled video for anyone who is going through trials upon trials. The …