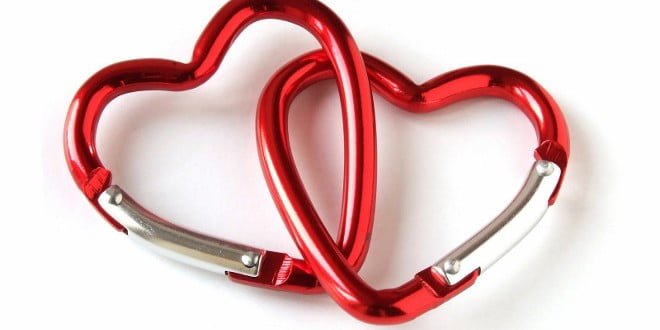 “O Mankind! Be dutiful to your Lord, Who created you from a single person (Adam) and from him He created his wife (Eve), and from them He created many men and women. Fear Allah through Whom you demand your mutual (rights), and (reverence) the wombs (kinship). Surely, Allah ever watches over you.” (4:1)
“O you who believe! Fear Allah as He should be feared. And die not except in the state of Islam (as Muslims).” (3:102)
“O you who believe! Keep your duty to Allah and fear him, and speak (always) the truth. He will direct you to do righteous good deeds and will forgive you your sins. And whosoever obeys Allah and His Messenger he has indeed achieved a great achievement.” (34:70-71)

The Holy Prophet صلى الله عليه وسلم said:
“Marry such women as are affectionate, child producing for I wish to outnumber the nations through you.” (Abu Dawood & Nasai)
“Nikah is my Sunnah.” (Ibn Majah)
“Whosoever turns away from my Sunnah is not of me.” (Bukhari)

This Nikah is a noble Sunnat of the Holy Prophet صلى الله عليه وسلم. Simplicity would be the hallmark of every Nikah performed by the Holy Prophet صلى الله عليه وسلم. We are instructed in the Hadith that when a suitable partner is found for a girl, then haste should be made in performing the Nikah. A major reason for the marked increase in the number of unmarried boys and girls in present-day society stems mainly from neglecting the sound advice given in this Hadith. Nowadays the Nikah is delayed in spite of having found a suitable partner for ones son or daughter. For the sake of personal convenience, like going on a holiday or waiting for the arrival of some guest, or some other programme, we unnecessarily delay the marriage.

I am conscious that this moment is one of joy and happiness. I do not want to dampen it. But I must also digress a bit from the main topic of marriage and express the anguish of my heart at the suffering of fellow Muslims, while we continue to indulge in comforts and luxuries. As you know, the Holy Prophet صلى الله عليه وسلم and his Companions رضى الله تعالى عنهم did not avail of luxuries despite having the opportunity to do so; instead, they made rigorous Mujahadah (endeavour). By the Barakah (blessings) of their Mujahadah each Companion became a great warrior, who strove and persevered.

When we look inward into our own lives it reveals quite the opposite. We have become so attached to worldly comforts and luxuries that it has, indeed, become difficult for us to discharge our own necessities without relying on others. Over indulgence in ease and comforts is also a significant reason for our misfortune and downfall. If only we realized the true concept of Islamic brotherhood then to continue in extravagant celebrations would really hit the raw inner of our consciousness. Presently, throughout the world, hundreds and thousands of fellow Muslims are suffering at the hands of non Muslims. So many of them are held captives by the enemies of Allah, and the respect and dignity of so many others is being looted, and above all, our brothers and sisters are helpless with no one to confront the perpetrators of their misery. In this dire situation, our brothers and sisters are really in need of every sip of water, every piece of grain and every single penny. Oh friends, is this really a time to indulge in extravagant celebrations, merrymaking and rejoicing? This is surely against the trend of Islamic brotherhood, and I say, it is also against humanity! When you see the abundant favours of Allah so freely granted – especially when you sit to eat – then your eyes should be filled with tears. At the same time, reflect on the plight and suffering borne by Muslims in Bosnia, Somalia, Philippines, Burma and so many other places. Muslims whose situation is most distressing. Despite what prevails before our eyes, are we going to be like the ostrich with its head in the sand?

In this present era, the warning bells of danger to our Faith can be heard ringing aloud. Although the situation is better here (as compared to that in other countries) but we cannot be complacent. The tide of moral and religious degeneration is reigning down on us from all sides. We regularly hear incidents of how our progeny is being exposed to the ills prevalent in this society. We must, therefore, be aware of the dangers and maintain a vigilant eye. We should reflect on what is happening and take a firm grasp of the declining moral and religious situation in this society.

In spite of hearing the plight and misery of Muslims, our feelings seem to remain static, and we are largely unresponsive to their plight. We should try to alter this kind of outlook. Most importantly, we should try and generate a genuine feeling for our Muslim brothers and sisters. We should consider their suffering as our own. We should not behave in apathetic manner, unaware of what is happening to them. Let us conduct ourselves honourably, sharing their woes and grief wherever they may be in the world. Their suffering, displacement and slaughter should be felt by all of us.

I have deliberately shed light on this subject because, nowadays, our wedding functions have become such that vast sums of money are spent and this suggests a kind of indifference to the suffering of Muslim at large. I, for one, do not condone this kind of attitude. On occasions like this, I only wish that greater accountability would be taken. As I have already explained, there are so many Muslims throughout the world in need, so many oppressed, so many destitute and so many in need of every grain, yet our inner eyes remain closed. As Hazrat Shaikhul Hadith Maulana Muhammad Zakaria Saheb Rahmatullahi alai once wrote to his daughter, saying, “Oh daughter! When we depart from this world, our eyes will really open. Only then will we realize!”

Thus, we will only truly realize the extent of our self-deception once we have left this transitory world. How we deceived our own selves. Only then will we truly appreciate the significance of assisting the needy and helpless Muslims. If we are not able to do anything else, then, at least we should develop a sincere concern for our fellow Muslims and pray for them. Even this will not be overlooked by Almighty Allah, who will, Inshallah, accord us with much blessing and reward.

I now return to the subject of my initial discussion, that Nikah is a noble Sunnat of the Prophet صلى الله عليه وسلم. This sublime act is such that it cannot accommodate any other custom; simplicity, as I explained at the outset, is its hallmark. As such, there is no need for a large assembly or congregation for its commemoration.

From this incident we can deduce that despite the presence of the Holy Prophet صلى الله عليه وسلم in Madina Munawwarah, there was no question of delaying the Nikah to the extent of even informing let alone inviting him.

Thus, in the time of the Prophet صلى الله عليه وسلم, whenever a suitable partner was found for a boy or girl, the Nikah would be conducted without delay. It would not be treated as something so significant as to require the attention or approval of the Holy Prophet صلى الله عليه وسلم. For this reason Hazrat Shaikh Rahmatullahi alai used to say, “I can’t understand all these formalities for Nikah, because Nikah is an Ibadat (act of worship). When someone intends to perform two Rakats of Salat then must he print posters and send everyone cards asking them to assemble in the Jame Masjid before performing the two Rakats?” What a beautiful explanation Hazrat Shaikh provided. Since Nikah is also an Ibadat, then what is the need to print cards and gather a large congregation?

Hazrat himself practised what he preached. He married two of his daughters with Hazrat Jee Maulana Yusuf Saheb and Hazrat Jee Maulana Inamul Hasan Saheb respectively. The occasion of their marriage coincided with the annual graduation ceremony at Mazahirul Uloom, Saharanpur. Both prospective son-in-laws were to graduate. Hazrat, prior to leaving for the graduation ceremony, went home and called out that I propose to wed Maulana Yusuf with such a daughter and Maulana Inamul Hasan with such a daughter, naming each daughter. This was the only type of announcement made in advance of the wedding.

Hazrat Maulana Ihtishamul Haq Saheb, who happened to be the maternal uncle of the daughters and also the brother-in-law of Hazrat Shaikh, as well as being a member of the household, became upset at not being consulted about the marriage. He protested saying that he was the maternal uncle of the girls, and as such, he should at least have been consulted prior to their Nikah. However, Hazrat’s stance remained the same. As Nikah is an Ibadat what is the need to notify everyone. The participants of the marriage were informed and that was sufficient.

On the contrary, we have created so many unnecessary formalities that if perchance the wedding feast is not held on the day of the wedding, we make full amends by holding a large Walimah (a meal after consummating the marriage) the following day.

Friends! The teachings of our religion, as exemplified by the Holy Prophet صلى الله عليه وسلم, impress upon us simplicity. We need to change our approach and attitude to life and adopt these simple and noble practises.

I again reiterate that there is need for us to change our present outlook. We should replace our indifference and apathy to the suffering borne by fellow Muslims and replace it with a genuine feeling of love and consideration. Only then will we merit the pity of Allah. If we are sincere Muslims then let us mirror the loss sustained by our brothers and sisters. Such should be our grief that it shows on our faces, cause feelings of pain and revulsion in our hearts and makes sour the food and drink we consume. This should be a natural reaction to hearing any kind of tragedy befalling Muslims. Alas, there is a great need to re-establish true Islamic brotherhood in this day and age.

In the end, I pray to Almighty Allah that He grants us all the Tawfiq (strength and ability) to appreciate the delicate age we live in and that He fully rectifies us in all respects (Ameen).

And our last call is that all praise be to the Lord of the worlds and peace and blessings be upon the Master of the Messengers, his descendants and his companions. 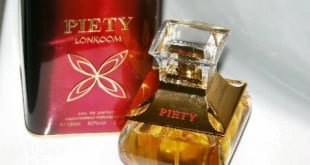 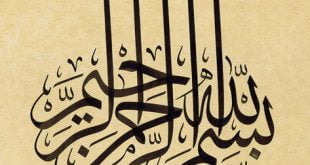 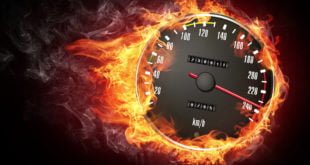 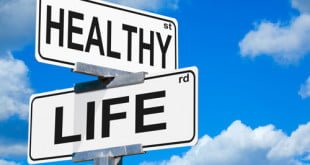