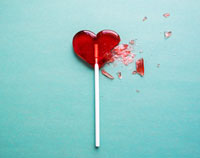 Iblees places his throne upon the water (i.e. on the ocean). Thereafter, he deputes the various units of his armies (throughout the world to misguide people). The Shaitaan who has the closest position to Iblees is the one who causes the most mischief. One Shaitaan comes to Iblees and says, “I did this and this (e.g. I prompted someone to steal, etc.).” However, Iblees replies, “You did not do anything (remarkable).” Thereafter, another shaitaan comes to Iblees and says, “I continued to make effort on a certain man until I managed to separate him from his wife (i.e. causing marital problems).” Hearing this, Iblees (becomes overjoyed,) brings him close to him, hugs him and says, “What an excellent thing you have done.” (Saheeh Muslim #7106)

From all the different wrongs that a person can become involved in, one of the wrongs that is most pleasing to Iblees is that of marital discord. The reason is that this wrong is not an isolated one – rather it unleashes in its wake a whole host of other wrongs.

When marital discord commences, the spouses generally begin to engage in gheebah (backbiting) or even slander one another. They may even betray the secrets of the spouse that was an amaanah entrusted to them. They may speak to each other in a hurtful manner or conduct with bad character.

Furthermore, the families of the spouses inevitably become entangled in this mess, also falling prey to the gheebah, slander, fighting, etc. In the case where the couple have children, they suffer from witnessing their parents fight, bicker, quarrel and hurl insults at one another. In some cases, the children then begin to fight with each other as the parents vie for their support and force them to take sides.

In essence, the single spark of wrong that Shaitaan ignites between the husband and wife soon grows into a raging inferno that consumes entire families and communities as more and more people become involved. In other words, Iblees regards this to be an ‘investment’ with tremendous returns, and it is for this reason that he finds marital discord so delightful.

Hence, we should make every effort to maintain the understanding and harmony in our marriages. At times, this may even entail overlooking the faults of others and sacrificing our rights. If we do this, we will not only save our marriages – but will save many other people from wrong as well.

If we are unable to save the marriage, then our concern should be to conduct ourselves correctly and avoid falling into the sins mentioned above as well as other similar sins.

May Allah Ta‘ala save us all from marital discord and falling into wrong.

Share
Previous What are the different types of Mahr for Nikah and how are they calculated?
Next Grief & Loss: Coping With Life’s Pitiless Storms