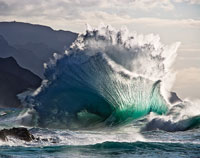 Sayyiduna ‘Abdullah bin ‘Umar (radhiyallahu ‘anhuma) reports that Rasulullah (sallallahu ‘alaihi wasallam) said, “There are three people whom Allah Ta‘ala will not look at (with the sight of mercy) on the Day of Qiyaamah; the one who disobeys his parents, the one who is addicted to wine (or intoxicants), and the one who gives charity to the poor and thereafter reminds them of his favour upon them.” (Mustadrak Haakim #7235)

In this hadeeth, Rasulullah (sallallahu ‘alaihi wasallam) has cautioned us regarding three types of evil deeds that will be the cause of one suffering difficulty in the Hereafter.

The first is the sin of disobeying one’s parents. Provided one’s parents are not requesting one to do something which is impermissible, one should go out of his way to please them and be obedient to them at all times. However, if they request one to do something which will be displeasing to Allah Ta‘ala (e.g. attending a mixed function), then one should refuse. Nevertheless, despite refusing, one should still be polite and respectful towards his parents.

The second is the sin of wine/drugs (and other intoxicants). In our society, where there is a large variety of intoxicants easily available to one and all, whether pre-schooler or pensioner, we have to exercise extreme caution in this regard. While this danger is not restricted to the youth, it is certainly more prevalent among them, and hence we should remain concerned for our own children and family. There have been many cases where children were acquiring and using drugs without even leaving the home!

Finally, it is extremely reprehensible for a person to remind others of the charity and favours that they enjoyed from him. If he gave the charity for Allah Ta‘ala then he should await his reward from Allah Ta‘ala. By reminding people of the favours they ‘owe’ him, he is either trying to embarrass them or make them feel obliged to do him a favour which they were not willing to do. Either way, he is destroying the reward of the charity and creating harm for himself in the Hereafter.

May Allah Ta‘ala save us from these actions, as well as all other sins, and shower us with His mercy in this world and the Hereafter, aameen.