Home | *Blog | Travelling without a Mahram: Why do Muslim women do it

Travelling without a Mahram: Why do Muslim women do it

New means of communication have rapidly turned the world into a global village. A village easily accessed by advanced modes of transport increasing the number of people who travel to a scale never witnessed before.

Today many Muslims are “wandering” the world for various reasons, work, leisure, discovery or necessity. With the emergence of women in the workforce, Muslim women have also begun to travel by themselves within their countries and abroad.

Cii Radio asked its Facebook followers what they thought the reasons were for women disregarding the Islamic guideline that is impermissible for women to travel on her own over the specified distance of 88,864km.

“1) Some women haven’t got a mahram, 2) some mahram’s are not playing their role and taking up the responsibility, 3) the woman doesn’t want to ask her mahram especially if he sees her as ‘burden’,” wrote Fatima.

Another Facebook commenter coined the issue as the concept of “Womandla”. She said statistics of kids growing up in SA without a father in the home was “shocking”, “Many women have become sole breadwinners of the household and unfortunately have to travel and do many daily tasks on her own for herself and the family.”

Others simply wrote the reasons were because: women did not have any mahrams, a “western influence”, the “destruction of Islam”, a yearning for freedom, “no other choice” and imperfect Muslims living a perfect Islam.

A male commenter wrote, “1. Many are not aware of that [ruling]. 2. Those who are aware of think that this is medieval safety system and it has lost its relevance now in this post-modern period. 3. Men-women equalitistic sense clouds their sense.”

While the practice has become commonplace and questioning why it has become “normal” seems unusual and “backward” the ruling remains.

According to Islamic law, a woman cannot travel without a Mahram if she is going to traverse beyond the Safar – specified distance – of 88,864km – the distance of three days and nights.

In his book Injunctions Pertaining to the Traveller – edited by Mufti Afzal Hoosen Elias – Maulana Mufti Inam Haq Qasmi writes that in addition to a women’s physical nature, “The Islamic system of values attaches paramount importance to the safety and chastity of women.”

It is for these reasons that Shari’ah has stipulated special guidelines for every situation in which the chastity and honour of a woman may be jeopardised. There are many clear narrations of Nabi Muhammad SAW in this regard.

Sayyiduna Abu Said al-Khudri RA narrates that the Messenger of Allah SAW said, “Let no woman travel for more than three days unless her husband or a Mahram is with her.” (Sahih Muslim).

Sayyiduna Abd Allah ibn Umar RA narrates that Nabi Muhammad SAW said, “A woman must not travel for three days except with a Mahram.” (Sahih al-Bukhari, no. 1036 & Sahih Muslim).

Sayyiduna Abu Huraira RA narrates that the Nabi Muhammad SAW said, “It is unlawful for a woman who believes in Allah and the last day that she travels the distance of one day and one night without a Mahram accompanying her.” (Sahih al-Bukhari, no. 1038).

The Shari’ah has allowed women to travel a distance less than the Safar without a Mahram as there is little danger involved. However, Ulama have discouraged it in today’s time as her honour is greatly jeopardised given the widespread immorality and corruption present.

The four main schools of thought all agree on this matter except with women travelling for Hajj with a group of trustworthy ladies, which the Shafi and Maliki madhabs say is permissible.

The basis for this ruling is not an evil assumption about women and their manners, as some people unreasonably think, but it is to take care of her reputation, dignity and safety. It is to protect her from the desires of those who have diseased hearts, from the assault of an immoral person.

Today people argue that forms of travel have changed from how it was in the time of Rasulullah SAW. Since various modes of transportation such as planes, buses and ships gather large amounts of people at a time this provides plenty of confidence and reliability, removing feelings of fear for women, because she will not be by herself in any place.

Mufti Muhammad ibn Adam from the UK based Darul Iftaa explains, “This deduction is incorrect and the permissibility of women travelling without a Mahram can not be justified on its basis.” Neither can the justification that we live in a different era where women need to “move with the times in order to improve” carry any weight.

Rulings that are based upon clear texts of the Quran and Sunnah can never change. The wisdom behind this ruling is to save women from the dangers that can be encountered on a journey. However, this is not the legal reason. Whether the journey is safe, in a plane or on foot, it will remain impermissible.

This is very similar to the ruling of shortening of prayers for a Musaafir. The wisdom behind the ruling is undue hardship; however, this is not the reason. The reason is the travelling distance of three days and three nights. Even if one was in a perfectly comfortable journey, all the Hanafi scholars (classic and contemporary) have declared that it is incumbent upon a traveller to shorten the Fard prayers. We don’t see people suggesting that prayers must not be shortened due to the modern day means of transport. 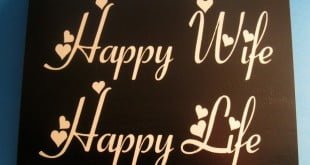 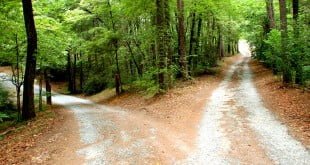 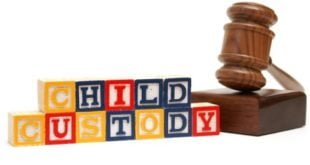 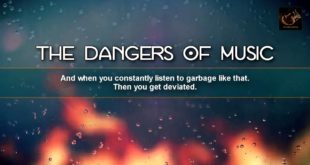 Addictions Anonymous P5  Cii Radio It plays. Everywhere you go. It plays in the background …

The silent narrow pathways of graveyards help you to understand the brevity of life. There …