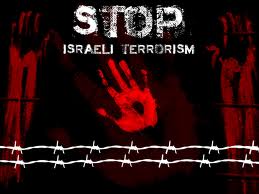 Walker Tells The Truth, The ADL Avoids It

By William A. Cook

“… the ADL blasted Walker for describing Israel’s actions toward the Palestinians as “genocide,” “ethnic cleansing,” “crimes against humanity,” and “cruelty and diabolical torture” (Haaretz June 18, 2013).

Alice Walker’s new book, The Cushion in the Road, spends over eighty pages on the Israeli state and its treatment of Palestinians. Apparently the ADL took umbrage to her free expression of ideas about the Zionist ideology that has managed to imprison the Palestinians in their own land while stealing most of it. This they call Anti-Semitism. Freedom of speech is only for those who do not criticize Israel or for Zionists and their supporters who criticize anyone that criticizes Israel. What they do not tolerate is the possibility that Israel may be brought to court to determine if it does commit crimes against humanity and for that it pays enormous amounts of money to our Congress to ensure that the American people by veto will prevent legal determination of their acts. The basic question boils down to this: does Walker tell the truth or not, or does the ADL denigrate a great American author because of her views that threaten to expose the reality of Israel committing Genocide against the Palestinians?

As editor of a book devoted to the very points Walker raises, I’d like to mention that anyone interested in the truth, knowing that the US will deny the world the opportunity to bring the state of Israel before the International Court of Justice, need only spend time reading the 20 authors from around the world who have provided chapters to The Plight of the Palestinians: a Long History of Destruction, published by Macmillan Company in 2010, to understand that genocide is taking place but that it has been the policy of the Israeli state from 1947. All of the authors are known experts in the field of mid-east history and politics including names like Dr. Ilan Pappe, Dr. Richard Falk, Chris Hedges, Robert Fisk, Jeff Halper, et al., all competent and serious observers of this disastrous crisis that has subjugated the Palestinian people to humiliation, depression, economic deprivation, isolation, destruction, despair and death.

The opening Introduction establishes, with previously classified documents, that the policy of the Jewish Agency from the beginning was to erase the Arabs from Palestine. The Nakba was the means while the terrorism against the British Mandate forces was the consequence, and the extent of this calculated effort to erase a people from their own land continues to the present day. How totally hypocritical and loathsome of the ADL to attempt to discredit a humanitarian of Walker’s stature by claiming that she lies, that she is racist, that she is ignorant when in reality the ADL and its sympathizers are themselves hypocritical, loathsome and vile in their attacks. Let the world know the truth: bring Israel before the International Court to let the people of the world witness the genocide that they have maintained against the Palestinians for more than 65 years.

William A. Cook is a Professor of English at the University of La Verne in southern California. He writes frequently for Internet publications including The Palestine Chronicle, MWC News, Atlantic Free Press, Pacific Free Press, Countercurrents, Counterpunch, World Prout Assembly, Dissident Voice, and Information Clearing House among others. His books include Tracking Deception: Bush Mid-East policy, The Rape of Palestine, The Chronicles of Nefaria, a novella, and the forthcoming The Plight of the Palestinians. He can be reached at wcook@laverne.edu or www.drwilliamacook.com

Share
Previous Have we fallen into a happy trap?
Next Complete Taleemul Haq 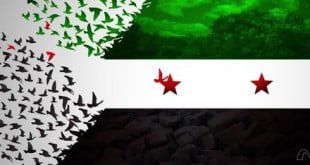