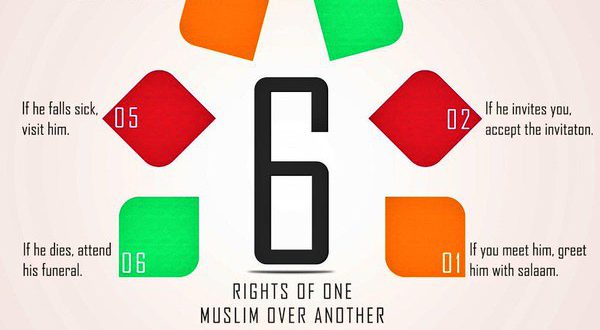 6 Rights of the Muslim

Muslim’s rights Abu Hurayrah narrated that the Messenger of Allaah said:
“The rights of the Muslim upon the Muslim are six.” It was said, “And what are they Oh Messenger of Allaah?” He replied, “When you meet him, give him the greeting of peace, when he invites you, respond to his invitation, when he seeks your advice, advise him, when he sneezes and praises Allaah, supplicate for mercy upon him, when he becomes ill, visit him, and when he dies follow him (i.e. his funeral).”
This hadeeth was reported by Muslim. These six rights, whoever establishes them in dealing with the Muslims, then his establishing things other than them (from the obligations) are even more important (or necessary). And his doing these things results in him fulfilling these obligations and rights, which contain an abundance of good and tremendous reward from Allaah .

The Third Right
His statement, “And when he seeks your advice, advise him.” This means that if he seeks consultation with you regarding some action, as to whether he should do it or not, then advise him with that which you would like for yourself. Thus, if the action is something that is beneficial in all aspects, then encourage him to do that, and if it is something harmful, then warn him against it. And if the action contains both benefit and harm, then explain that to him and weigh the benefits against the harms. Likewise, if he consults with you concerning some dealing with someone among the people, or whether he should marry a woman off to someone, or whether he should marry someone, then extend your pure and sincere advice to him, and deal with him from the view point of what you would do for you own self. And avoid deceiving him in any matter of these things. For verily whoever deceives the Muslims, then he is not of them, and indeed he has left off the obligation of being sincere and advising. And this sincerity and advising is absolutely obligatory, however it becomes more emphasized when the person seeks your advice and he requests from you that you give him a beneficial opinion. For this reason the Prophet specifically mentioned it in this important situation. The explanation of the hadeeth, “The religion is sincerity”, has already been mentioned previously (in this book) in a manner that suffices without us having to repeat the discussion here.

The Fourth Right
“And when he sneezes and praises Allaah, then pray for mercy upon him.”

This is due to the fact that sneezing is a favour from Allaah , in the expelling of this congested air that is blocked in certain parts of the body of the human being. Allaah makes it easy for this air to have a passage out where it can exit, and thus the sneezing person feels relief. Thus, the Prophet legislated that the person praise Allaah for this favour, and he legislated for his (Muslim) brother to say to him, “May Allaah have mercy upon you.” He also commanded the person who sneezed to answer his (Muslim) brother by saying to him, “May Allaah guide you and set right your affairs.” Therefore, whoever does not praise Allaah , then he does not deserve for others to pray for mercy upon him, and in this case he cannot blame anyone except himself. For he is the one who has caused himself to lose the two blessings: the blessing of praising Allaah , and the blessing of his brother’s supplication for him that is a result of the praising.

The Fifth Right
His statement, “And when he becomes ill, visit him.” Visiting the sick is from the rights of the Muslim, and especially for the person who has a highly stressed and emphasized right upon you, like the relative, and the friend, and so forth. It is from the best of the righteous deeds. And whoever visits his Muslim brother, he remains engulfed in the mercy (of Allaah ), and when he sits with him the mercy (of Allaah
) covers him. And whoever visits the sick Muslim at the beginning of the day, the Angels send prayers of blessing upon him until evening comes, and whoever visits him at the end of the day, the Angels send prayers of blessing upon him until morning comes. It is desired for the person who visits the sick to supplicate for him to be cured and to make him feel at ease. He should ease his worries by giving him glad tidings of well-being and recovery (i.e. be positive). He should remind him of repentance and turning to Allaah, and he should give him beneficial admonition. He should not sit with him too long (i.e. over staying his welcome), rather he should only sit with him long enough to fulfil the right of visiting, unless the sick person is positively effected by many people coming in to see him and many people coming to sit with him. Thus, for each situation there is a different statement (i.e. advice on how to deal with it).

The Sixth Right
His statement, “And if he dies, follow him (his funeral).” For verily whoever follows the funeral until the deceased’s body is prayed over, then he will receive a Qeeraat of reward. (Translator’s note: A Qeeraat is an amount equivalent to the size of the Mountain of Uhud in Madinah.) And if he follows the funeral procession until the body is buried, then he will receive two Qeeraats of reward. And following the funeral procession contains (fulfilment of) a right for Allaah, a right for the deceased, and a right for the living relatives of the deceased. 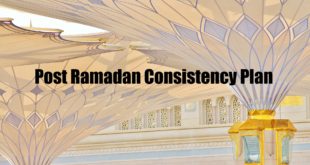 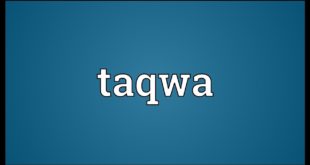 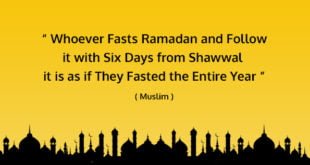 After Ramadan, Try to keep the 6 Fasts of Shawwaal.