For many of us Ramadhan has lost its spirituality and has become more of a robotic exercise than a form of Ibaadah (worship); we fast from morning to night like zombies because everyone around us is fasting. We forget that its a time to purify our hearts and our souls from all evil and sin. We forget to make Dua, forget to beseech Allah to forgive us and ask Him to save us from the Fire. Sure we stay away from food and drink but that’s about all we manage to do. Lets have a look at some of the most common mistakes in Ramadhan.

Too much stress on food and drink

For some people, the entire month of Ramadhan revolves around food. They spend the ENTIRE day planning, cooking, shopping and thinking about only food, instead of concentrating on Salah, Qur’an and other acts of worship. All they can think of is FOOD so much so that they turn the month of ‘fasting’ into the month of ‘feasting’.

Some of the women-folk spend the entire day preparing a feast and by the end of Iftaar, they are too tired to pray Ishaa, let alone pray Taraweeh or Tahajjud or even read Qur’an! This is the month of mercy and forgiveness. So turn off that stove and turn on your Imaan! 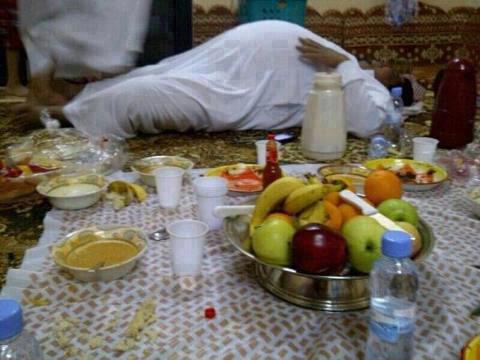 Some people stuff themselves at Suhoor (Sehree) until they are ready to burst, because they think this is the way to avoid feeling hungry during the day and some people eat at Iftaar, like there is no tomorrow, trying to ‘make up for the food missed’. However, this is completely against the Sunnah. Moderation is the key to everything.

Too much food distracts a person from many deeds of obedience and worship, makes him lazy and also makes the heart heedless.The same goes for iftari too, If you can continue to control the stomach during Iftaar also, then you have succeeded in fasting. Stuffing yourself only makes you lazier! what about tarawih!

Some people spend their entire day (or a major part of it) ’sleeping away their fast’. Is this what is really required of us during this noble month? These people also are missing the purpose of fasting and are slaves to their desires of comfort and ease. They cannot ‘bear’ to be awake and face a little hunger or exert a little self-control. For a fasting person to spend most of the day asleep is nothing but, negligence on his part. 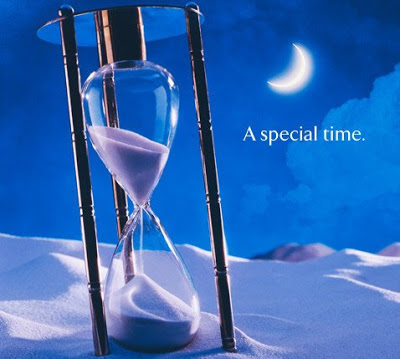 The month of Ramadhan is precious, before we know it, this month of mercy and forgiveness will be over. We should try and spend every moment possible in the worship of Allah so that we can make the most of this blessing. However, there are some of us who waste away their day playing video games, or worse still, watching TV, movies or even listening to music. Subhan’Allah! Trying to obey Allah by DISOBEYING him!

Fasting but not giving up evil

Some of us fast but do not give up lying, cursing, fighting, backbiting, etc. And others continue stealing, dealing in haraam, buying lotto tickets, selling alcohol, fornication, etc. The whole point is to let these things go.

The Prophet (Sal Allahu Alaiyhi wa Sallam) said: “Whoever does not give up false speech and acting upon it, and ignorance, Allah has no need of him giving up his food and drink.” (Bukhaari)

He (Sal Allahu Alaiyhi wa Sallam) said: “The thing that differentiates between our fasting and the fasting of the People of the Book is eating suhoor.” (Muslim)

Not fasting if they missed Suhoor (Sehree)

Some people are too scared to fast if they miss Suhoor. However, this is a kind of cowardice and love of ease. What is the big deal if you missed a few morsels of food? It’s not like you will die neither will you find it hard to concentrate, mind over matter! Remember, hope & faith in Allah overcomes everything.

Eating continuously until the time for Maghrib is up

Some people put so much food in their plates when breaking their fast and continue eating, enjoying dessert, drinking tea, etc.. until they miss Maghrib. That is obviously not right. The Sunnah of the Prophet (pbuh) was that once he broke his fast with some dates, then he would hasten to the prayer. Once you are done with the prayer, you can always go back and eat some more if you wish. Try and test this, by the time you’ve prayed Maghrib, the few dates you had will have had re-energise the whole body- in return you don’t feel as hungry so don’t scoff. Subhan’Allah & a Sunnah. Imagination the spiritual elevation. 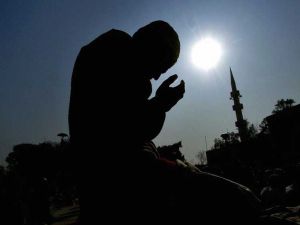 Missing the golden chance of having your Dua accepted

The prayer of the fasting person is guaranteed to be accepted at the time of breaking fast.

Instead of sitting down and making Dua at this precious time, some people forego this beautiful chance, and are too busy frying samosas, talking, setting the food, filling their plates and glasses, etc. Think about it….Is food more important than the chance to have your sins forgiven or the fulfilment of your Duas. Only 5 mins prior to opening, spend critical moment, ask from deep within you for the fast to be accepted, for your development & don’t forget the rest if the Ummah.

Fasting but not praying

Many people fast but still do not pray the 5 Fardh, especially Fajr after Sehri. This mentality and laziness needs to be stopped. Praying Salah is just as compulsory as fasting. If you choose to intentionally miss praying, what are the chances of your fast being accepted? Remember fasting is conditioning the body- Salah is part of the conditioning, Activities second but Salah first!

Make sure your Qu’ran does not gather dust this Ramadhan! We’re all at a different level. If you’re a poor reader, improve you’re reading. If you don’t understand Arabic, read the translation (and study) as well. If you’re a slow reader (or the fact that you find it distasteful) then start with two ayahs – As the sins fall from you & you’re Imaan increases – You’ll want to read more and more.

Personally, I hope to select 20 short Surahs and study them – read, read again, read the translation, read the word for word, read what scholars have said. Grasp the meaning of the message. Remember the Qu’ran is for you- Its your personal map.

Not fasting because of exams or work

Exams and work are NOT an excuse allowed by the Shariah to give fasting a miss. There are ways to work around getting the best of studying or working long shifts, if you fulfil your obligation to fast Allah will make it easy for you and help you in everything you do. If you’re in the UK & its summer – Watermelons are your best bet (95% water & yummy).

“Whosoever fears Allah, He will appoint for him a way out and provide for him from where he does not expect, Allah is Sufficient for whosoever puts his trust in Him.” (Surah at-Talaaq 2-3) 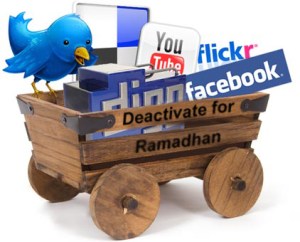 We are all attached to some form of social networking be it Twitter, Facebook, Snapchat, Instagram or Whatsapp groups. For this month, look to put them away. If you have no need to use them then deactivate, you’ll enjoy the difference in 30 days otherwise limit time spent on these. Yes, there is a benefit of sharing Ramadhan hadith and Islamic facts, however look at how necessary this, this is your chance to change, work on yourself first. Read the hadith, implement it, share it with your family then tell your friends. Instead try this newly launched app called Ramadan Legacy App, where you can set goals, try out new deeds and most of all track your progress. Being productive can be difficult without planning and settig targets so I suggest you download, I have!

Fasting has its own purpose, there is the incentive of dieting/losing weight but do not ever make the intention to diet via fasting, this will defeat the purpose of the worship.

For the sisters on their cycles – don’t waste the day. Listen to the Quran & read Darood. Be generous and kind, offer help at iftaar. The sawaab will be be sky high Insha’Allah.

Firstly, if you can, take part of seclusion – the effects are priceless. Your connection with your lord is immense. Secondly, if you are sitting Itikaaf – No phones and magazines. Don’t spend days at the mosque cracking jokes and chatting to friends. If you get bored easily or have a short attention span then ask the brothers present to come up with a (non compulsory participation) time table. If you have a plan, you’re less likely to get bored because your focussed now.

Praying ONLY on the night of the 27th

Some people pray only on the 27th to seek Lailat ul-Qadr, neglecting all other odd nights, although the Prophet (Sal Allahu Alaiyhi wa Sallam) said: “Seek Lailat ul-Qadr among the odd numbered nights of the last ten nights of Ramadhaan.” (Bukhaari, Muslim). It can be deducted that the night falls on the 27th as explained by many scholars however we are asked to continue to search for this night through the last ten days.

Also, don’t limit Allahs generosity, if Allah wants he can gives you 200 years of sawaab in an any given moment. The night is placed so we give it that one final push in the last days. even if someone tells you ‘you’ve missed the night of Qadr’, let them know Allah is the causer, if Allah wants, the same sawaab can be distributed on this night too.

Wasting the last part of Ramadhaan preparing for Eid

Some people waste the entire last 10 days of Ramadhaan preparing for Eid, shopping for exotic foods and frequenting malls, etc. Which often leads to missed prayers and neglection of Ibadah of the end of Ramadhan, especially asking to be saved from the punishment of the hellfire. The Prophet (Sal Allahu Alaiyhi wa Sallam) used to strive the hardest during the last ten days of Ramadhaan in worship (Ahmad, Muslim) and not in shopping. Its sunnah to look good and wear new clothes and treat your guests with lovely food however do not let it take over the final days of this blessed month. The priority is still you.

A’isha (RA) said: “When the (last) ten nights began, the Messenger of Allah (Sal Allahu Alaiyhi wa Sallam)) would tighten his waist-wrapper (i.e, strive hard in worship or refrain from intimacy with his wives), stay awake at night and wake his family.” (Bukhaari and Muslim)

And finally it is worth while to read the sermon the Messenger of Allah (Salala hu Alahi Wasallam) made before the month of fasting, it is important for us to regard the Prophet (Sal Allahu Alaiyhi wa Sallam) as a walking guide and the most perfect creation so take heed and study: