Home | *Blog | Considerate to the Core

Considerate to the Core 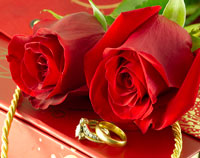 Qaadhi Shuraih (rahimahullah) was the chief judge of Kufah, appointed by none other than ‘Umar (radhiyallahu ‘anhu).

Imaam Sha’bi (rahimahullah) narrates the following regarding him:

One day, Qaadhi Shuraih (rahimahullah) addressed us saying, “You should marry a woman from the tribe of Banu Tameem, as they are indeed the women (i.e. they have unparalleled qualities).” Hearing this high praise, we asked him, “Why do you say that, O Abu Umayyah?” In reply, Qaadhi Shuraih (rahimahullah) then recounted his personal experience as follows:

One day, while returning from a funeral, I passed by a tent where I saw an old woman with a young girl beside her. Seeing them, I asked for something to drink. At my request, the old woman asked, “Do you prefer milk, water or nabeez (a drink prepared by soaking dates, grapes or other similar items in water)?” “I prefer milk,” was my reply. The old woman thus turned to the young girl and instructed her, “Give him milk to drink, as it is my impression that he is a stranger here.” She therefore gave me the milk to drink.

After I had drunk the milk, I asked the old woman, “Who is this young girl?” The old woman replied, “She is my daughter, Zainab bintu Hudair. She is from the Banu Tameem tribe.” I next asked, “Will you marry her to me?” To this, the old woman replied, “Yes, provided that you are a suitable and compatible match. She has an uncle before whom you should place your request”

I thereafter returned home and skipped the afternoon siesta. After performing Zuhr Salaah, I went to my reliable, trustworthy friends, Masrooq bin Ajda’ and Aswad bin Yazeed (rahimahumallah). After performing ‘Asr, I proceeded to the uncle of this girl who was seated in the musjid. On seeing me, he moved from his place for me. I thus said to him, “You may remain seated in your place, as we have merely come to place a need before you.” The uncle replied, “Welcome, O Abu Umayyah! What is it that you need?” I responded, “I have come to discuss your niece, Zainab.” The uncle replied, “By Allah! She is pleased with your proposal, so do not fall short (and delay) in her regard.” We then spoke for some time, after which the uncle married me to his niece, Zainab.

After leaving the uncle, I proceeded home, and had barely arrived there, when I already began to regret my decision. I reproached myself saying, “What have you done to yourself by marrying a woman from the Banu Tameem? They are known for their hard-heartedness and uncouth nature!” I then decided, on the spot, that I would send a message of divorce to her. However, after some time had passed, I had a change of heart and said, “I will not commit two foolish acts at once (if marrying her was a foolish decision, divorcing her immediately after marriage will be a second foolish choice). Rather, I will keep her in my nikaah. If I am happy with her, then I will praise Allah Ta‘ala. If I am unhappy with her, I will divorce her.”

With this in mind, I had her dowry and some other gifts delivered to her. Shortly after, when she was brought to my home, I said to her, “It is sunnah for the wife to perform two rakaats of nafl salaah behind her husband when she is brought to his home. After performing salaah, they should both engage in du‘aa and beg Allah Ta‘ala to grant them barakah (blessings). ” Saying this, I stood and commenced salaah, while my wife stood in salaah behind me.

When we completed the salaah, I extended my hand to her, but she said, “Wait a moment!” When I received this response, I said to myself, “By the Lord of the Ka’bah! She seems to be one of ‘those’ women!” However, she then addressed me in the following manner:

“All praise is due to Allah Ta‘ala, and may Allah Ta‘ala shower His mercy and blessings upon our master, Muhammad (sallallahu ‘alaihi wasallam), and his blessed family. I am a woman who is a stranger to you. By Allah! I have never before mounted a conveyance which was as difficult for me as I find this to be (i.e. I have never been in a situation more difficult than this as I do not know what is expected of me). You are a man whose temperament, ways and preferences are unknown to me. So please inform me of that which pleases you and that which displeases you so that I may abstain from the latter. These are the few words that I (wished to) say, and I ask Allah Ta‘ala to forgive me and to forgive you.”

To this, I replied saying:

“All praise is due to Allah Ta‘ala, and may Allah Ta‘ala shower His mercy and blessings upon our master, Muhammad (sallallahu ‘alaihi wasallam), and his blessed family. You have come to a household and family who take your husband as their leader. Hence, you will insha-Allah be a leader to their women as well. I like such-and-such things and I dislike such-and-such things.”

As I terminated, she asked, “Tell me, do you like your in-laws to visit you?” I replied, “I am a Qaadhi (judge). I do not like my in-laws to dictate to me, nor do I like them to be estranged from me.”

After this conversation, we lived together for a year in which my happiness went on increasing with every passing day. One day, I returned home from the court session and found an old woman in my home, instructing my wife regarding what she should and should not do. I asked my wife, “O Zainab! Who is this?” She replied, “This is your mother-in-law. This is my mother.” Hearing this, I enquired regarding her health, after which she asked me, “How are you, O Abu Umayyah? How do you find your wife?” I replied, “I find her to be an embodiment of goodness.” The old woman then said, “A woman’s manners will be at their worst in two situations; when she gives birth to a child, and when she gains favour with her husband (and thus becomes spoilt). If you have any misgivings or doubts regarding your wife, then resort to punishing her.” I answered, “I testify that she is truly your daughter. You have saved me the need to impart good qualities to her and you have instilled excellent character within her.” She then asked me, “Would you mind your in-laws visiting your home?” I replied, “They may visit whenever they wish.”

My mother-in-law would thereafter visit me once a year and would give us this very same advice before departing. I lived with my wife for twenty years, and in this period, I only became angry with her once. Even then, I was at fault. (Tareekh ibni ‘Asaakir, vol. 23, pg. 51, Qisasul Arab, vol. 2, pg. 97)

1. When a person wishes to get married, he should adopt the correct procedure and protocol. This entails contacting the parents or guardians of the person for whom one wishes to propose, instead of one directly contacting the person and proposing to her. By adopting the protocol, one will be saved from disgrace, misunderstandings and suspicion.

2. Every person is unique in their likes and dislikes. For the purpose of living together harmoniously and prosperously, each spouse will have to sacrifice to ensure that the other is comfortable. In order to do this, it is necessary for the spouses to know each other’s likes and dislikes, tastes and distastes, etc. very well, and to accordingly consider these preferences.

3. There may be times in a person’s marriage where he feels that he made the incorrect decision and is tempted to bail out and jump ship. However, we should never be hasty in making any decision. Very often, it is merely our emotions that have overcome us. Thus, we sometimes even notice that our anger, frustration, etc. seems silly and trivial, as soon as the anger has subsided. If a bad decision is made on the spur of the moment, when we thereafter return to our senses, realize the consequences and now wish to reconcile, it may be impossible to repair the damage.

4. If the husband disapproves of one keeping the company of certain people due to them being bad influences on our Deen, then we should avoid these people and refrain from interacting with them.

5. A wife should not allow her friends or even relatives to excessively frequent her home as this obviously invades the privacy and space of the husband, intrudes on his time with his wife and also disrupts the system and functioning of the home. Hence, before inviting any friends or family, we should ensure that he is happy. Ultimately, we should realize that we are married to him – not to our friends, cousins, etc.

6. When a husband is happy with his in-laws, he will himself invite them into his home and will even go out of his way to entertain them. Hence, instead of imposing the in-laws on him, get him to love his in-laws.

7. When a mother instils good qualities in her daughter and gives her the correct Islamic upbringing, she is in reality laying the foundation for this daughter’s successful marriage and life to come.