I Don’t Trust him Going to the Gym 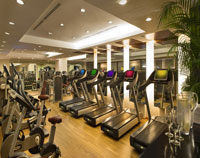 I am married for 5 months to a boy I’ve known from before. I have very severe trust issues especially when my husband goes to the gym. He has a habit of not lowering his gaze and I get scared that he’ll notice other women. Is it wrong of me to have these thoughts?

I regret knowing the boy from before I got married as I wish it was done the halal way but nevertheless I regret what I’ve done and I try to repent for it.

How do I deal with my trust issues as it is ruining me and making me depressed?

Jazakallah Khair for your time and advice.

There are two independent issues here. Both must not be mixed up.

The first issue pertains to yourself. It is not permissible to harbour suspicions about anyone. Shaitaan uses this to create problems between people. Often there is nothing in reality but Shaitaan, by means of whispering suspicions into the heart, makes one totally negative about this. This negativity overshadows the relationship between them. Eventually this leads to a break of ties or marriages, Allah forbid. Therefore, if you have not seen something, do not suspect any mischief and poison your heart.

The second aspect pertains to your husband. He should totally avoid going to such environments which are places of fitnah. Just as one should not harbour suspicions about others, one should also not do anything or go to such places which invite suspicion. In a very nice way, advise your husband to avoid going to the gym due to the environment being very negative. Alternatively, encourage him to himself enquire from a senior mufti.

You should also commence ta’leem in your home. Daily read the books, Fazaail-e-Aa’maal and Fazaail-e-Sadaqaat for at least ten minutes. Encourage him to participate but do not insist. If he does not join, you sit and read the kitaab by yourself. Insha-Allah, this will create the consciousness of Allah Ta‘ala in the heart and save one from haraam.

May Allah Ta‘ala bless you with happiness in this world and the next.

Share
Previous Smart phones, social media, and Muslim kids
Next IFP CALLS FOR GMOS TO BE BANNED IN SA

How many Kaffarahs for multiple broken fasts?