Imagine a person respected in society who is caught stealing from old, vulnerable widows, leaving them penniless and destitute. He is apprehended red-handed, and before long, the news of his heartless crime is broadcasted to the public. Obviously, this person’s dignity and reputation will be in complete shreds – if not utterly obliterated – and he will have no place to safely show his face. In fact, even his family will hang their heads out of shame and embarrassment due to being associated with him. The reason? – Society deems this deed to be extremely evil and thus severely condemns those who perpetrate it.

As Muslims, it is the Deen of Allah Ta‘ala that is our gauge to determine what is reprehensible and what is acceptable. Thus, a true Muslim will be disgusted by the acts that Deen considers disgusting, and will find no objection with an action that Deen deems acceptable. Accordingly, in the example above, a Muslim will also be disgusted, as sharee‘ah totally condemns the crime of theft. However, what if society deems an action acceptable, but Islam considers it reprehensible?

In this case, it is sad to say that there are many people who, although Muslims, ignore the perspective of Islam and instead take their cue from the sentiments of society. Furthermore, since society holds so much of importance in their sight, preserving their reputation in society and meeting the ‘standards’ of society has become more important than preserving their Deen and meeting the standards set by Allah Ta‘ala!

Consider the following: A young girl or boy forms a romantic relationship with the opposite gender. On learning of the relationship, the parents turn a blind eye or even acknowledge the relationship without putting a stop to it. Later on, when the girl/boy wishes to marry their love-interest, the parents erupt into dismay and explain, “We can’t afford a big wedding right now. Wait until next year. If we don’t have a big wedding, WHAT WILL PEOPLE SAY?”

The parents do not mind if their children are in an impermissible relationship, but they DO mind the comments of people regarding the type of wedding they held???

Obviously, our priorities have suffered a drastic reversal. Our priority should be the pleasure of Allah Ta‘ala, but instead, we have made the pleasure of people our main priority. Hence, since modern society does not frown upon illicit relationships, we are not overly concerned – even though it draws the anger of Allah Ta‘ala! Conversely, when the young boy/girl wish to end the impermissible relationship and enter a halaal relationship, we oppose it, merely to appease certain people and impress others!

Another example of this is our dressing and conduct. Many Muslim women ignore the laws of purdah and dress and conduct themselves in a manner bereft of hayaa. Furthermore, they have no qualms in speaking freely to strange men – all because society accepts and encourages this type of loose behaviour, and condemns ‘rude’ and ‘impolite’ people who snub the opposite gender and do not speak to them warmly. In fact, the commitment to pleasing society is so much that if such a person is encouraged to adopt purdah/hijab/beard etc, they may feel embarrassed to do so thinking, “But what will people say if I wear a purdah/kurtah/beard/hijab? How will people view me?”

The root of the problem is that due to weakness of imaan, we no longer find certain impermissible acts reprehensible. Indeed, a person with true imaan would have a natural aversion for haraam – just as a normal person is naturally repulsed by the smell and sight of excreta.

We must remember that when a person makes societal acceptance his goal and displeases Allah Ta‘ala in the process, he loses the help and mercy of Allah Ta‘ala as well as fails to gain acceptance from people (read more on this here and here). Rasulullah (sallallahu ‘alaihi wasallam) has mentioned, “The person who seeks to please people through displeasing Allah Ta‘ala, Allah Ta‘ala will make him over to the people (i.e. he will be at the mercy of the people and lose the mercy and assistance of Allah Ta‘ala).” (Sunan Tirmizi #2414)

In conclusion, our values around acceptable and unacceptable must be aligned with Islam, and we must never ever try to please people at the cost of displeasing Allah Ta‘ala. 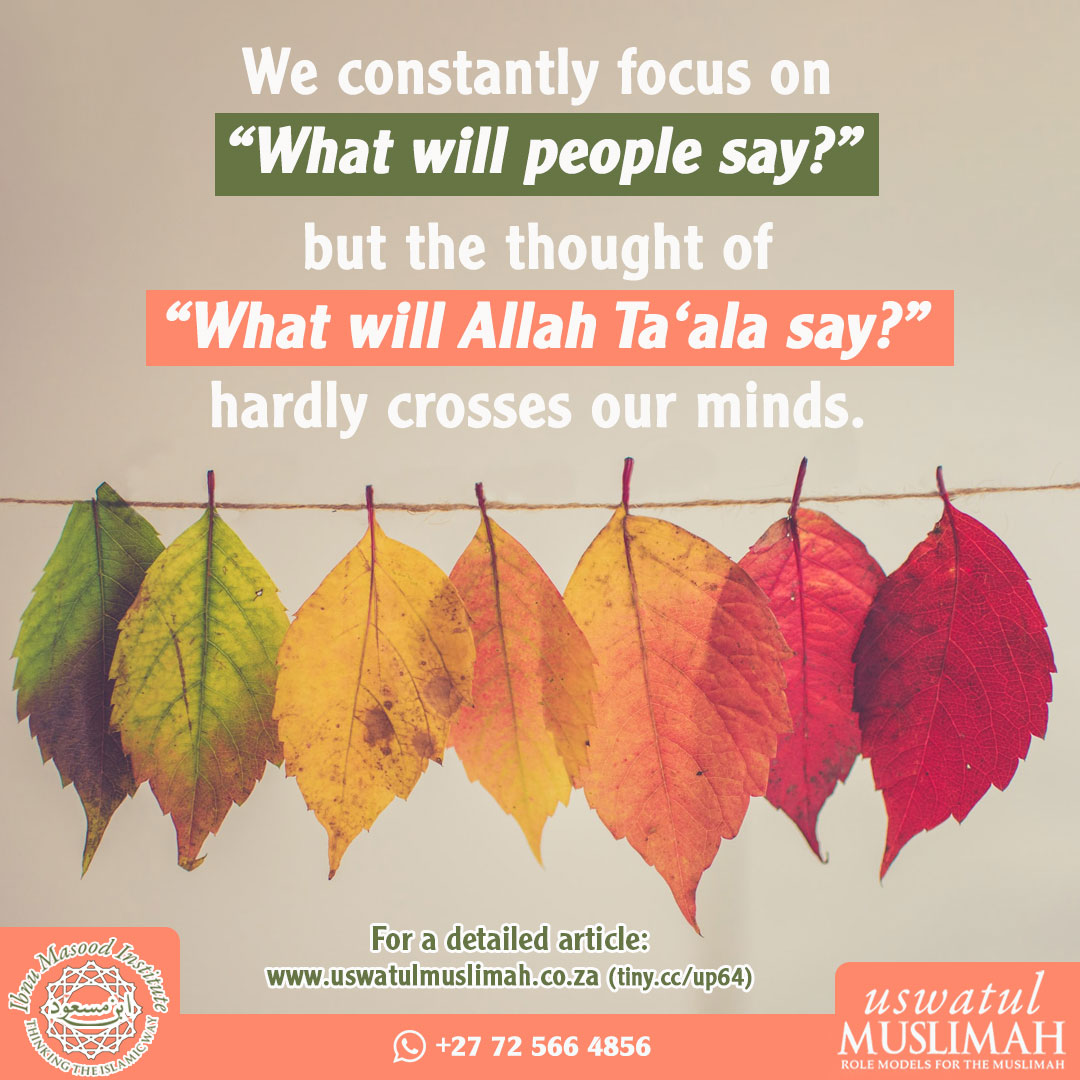 Anger is a misunderstood emotion; it is what you do with it that matters. It …