Home | *Blog | The Fight for Chastity

The Fight for Chastity 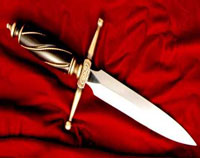 His inability to apprehend the killer and mete out justice greatly concerned ‘Umar (radhiyallahu ‘anhu). He thus turned to Allah Ta‘ala and made du‘aa saying, “O Allah! Grant me success in finding the killer!” The case thereafter went cold with no leads turning up until the year had almost ended. At that point, a newborn baby was found lying on the road in the exact same place where the corpse of the youngster had been found!

When the baby was brought to ‘Umar (radhiyallahu ‘anhu), he immediately realized that this baby had something to do with the murdered youngster and thus exclaimed, “Insha-Allah I will soon succeed in meting justice on behalf of the murdered youngster.” He thereafter handed the baby to a woman and instructed her saying, “Look after this baby and take the money for its expenses from us. Watch to see who will come to take this baby from you.When you find somebody kissing this baby and clasping it to their chest then immediately inform me of that person’s location.”

The baby thus began to live with the woman and time passed. One day, when the baby had now grown to become a young child, a slave girl came to the woman and said, “My mistress has sent me to you to request that you send this child to her. She wishes to see the child and will return the child to you thereafter.” The woman replied, “Definitely! Take him to her and I will also accompany you.” They proceeded together until they entered the home of the mistress. There the woman observed as the mistress set her eyes on the child, grasped him and began to kiss him. The mistress, was the daughter of an Ansaari Sahaabi of Rasulullah (sallallahu ‘alaihi wasallam).

When he entered the home, ‘Umar (radhiyallahu ‘anhu) unsheathed his sword. He then addressed the girl with a warning and said, “Speak the truth or else I will put you to my sword!” The girl immediately realized why ‘Umar (radhiyallahu ‘anhu) had come and so replied, “O Ameerul Mu’mineen! Please do not be hasty! By Allah I will speak the truth! There was an old woman who would come to visit me. I took her as a mother and she would treat me like a daughter and took me as one. Our relationship continued in this way for some time. Eventually, one day she said to me, ‘O my daughter! I need to travel to a certain place. I have a daughter who lives in such-and-such a place and I fear for her safety. I therefore wish to bring her to stay with you until my return.’ She thereafter brought her young son to me who she had dressed up as a young girl. So convincing was her disguise that I did not at all suspect that the person before me was actually a boy. Even when staying with me, the boy would look at me and treat me like another girl would. This, however, soon came to an end. I was one day sleeping when I awoke with a shock to realize that the “girl” staying with me was actually a boy who was on top of me and was in the process of abusing me! I desperately grabbed a knife lying nearby and used it to kill him. I thereafter got some people to carry his body to the place where you had found it. Soon after, I gave birth to the boy’s child and also had the baby sent and left at the place where you found it. By Allah! What I have just told you is the story of the baby and the dead boy.”

Beautiful Nazm/Nasheed on our Beloved Parents