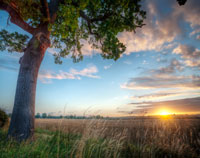 When Sayyiduna Aadam and Hawwa (‘alaihimas salaam) came to live in the world and started having children, it so happened that they had twins from every pregnancy, one of the two being a boy, while the other, a girl.

In that era, an open sign of a sacrifice being accepted was that a fire would come from the sky and consume the sacrifice; and the sacrifice which was not consumed by the fire was the sign of its non-acceptance.

Haabil owned a flock of sheep and goats. He happily offered the sacrifice of the best and healthiest sheep he possessed. Qaabil was a grain farmer. He offered a few poor quality grains as his sacrifice. As was customary with them, a fire came from the sky and ate up the sacrifice offered by Haabil while the sacrifice offered by Qaabil remained lying where it was, untouched. Qaabil was further enraged and said to his brother: “I will kill you.” Haabil responded in a peaceful manner: “Allah Ta‘ala only accepts from those who posses taqwa (Allah consciousness).” That is, if you had been conscious of Allah Ta‘ala, practising taqwa and piety, your sacrifice too would have been accepted. Since you did not do so, the sacrifice was not accepted. Hence, why blame me for it? (Tafseer Ibni Katheer vol. 2, pg. 43 and Ma‘aariful Quraan vol. 3, pg. 112)

1. If we desire that our qurbaani (sacrifice) be accepted in the Divine court, it is essential for us to adopt taqwa in every aspect of our lives, since the meat and blood does not reach Allah Ta‘ala, rather it is the taqwa which is seen by Him.

2. When we see that Allah Ta‘ala has given someone a particular blessing, we should regard our deprivation as a result of our own shortcomings and sins. Thus we should repent from our wrong ways instead of wishing and worrying about ways through which the other person could be made to lose the blessing that he is enjoying.

Place it under the Blade 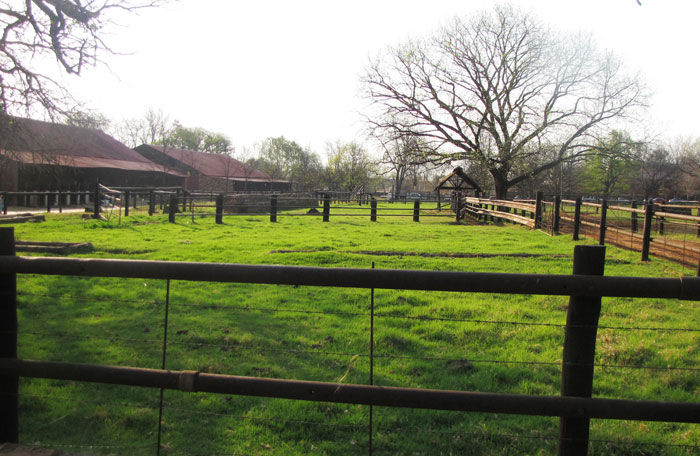 Once again the qurbaani fever is in the air. Those exotic gardens where even a few dry leaves are normally intolerable will have sheep droppings lying all over. Those moms who cannot stand a single stain on their children’s clothes will have their darlings returning to their spotless homes all smelly and dirty. Those cars in which placing a sack of onions often becomes a problem, will have buckets and boxes of freshly cut meat stacked in them.

Ever wondered how all of this happens?

The answer is simple … It is the result of the great spirit of Sayyiduna Ebrahim (‘alaihis salaam).

What was this spirit all about?

It has been encapsulated in the following verse of the Quraan Majeed:

It was this very spirit that prompted him to forsake his disbelieving family and folks in his young age and enabled him to leave his wife and innocent child in a barren land in his old age. This spirit further motivated him to readily accept the command of slaughtering his beloved son, when he needed him most … in his advanced age.

All this and much more, he did merely because … it was the command of his beloved Allah. No relationship, desire or emotion was important or dear to him if it became an obstacle in carrying out the command of Allah Ta‘ala.

Thus, the great lesson of qurbaani which we ought to learn is that every impermissible desire, pleasure or emotion needs to be ‘placed under the blade’ for the sake of our beloved Allah.

These desires would appear in different shapes and forms. For some it would be the desire to ‘fall for the bait’ of a charming young man, or the urge to dress in a figure revealing skinny jean, or to apply the latest designer perfume and make-up to ‘raise eyebrows’ as she walks down the ‘catwalk’ of the outside world. For others it may be the urge to silence a nagging mother-in-law, to give a nosey sister-in-law a piece of her mind, or to listen to the latest ‘number’ or to watch the hottest movie.

All these impermissible desires and emotions need to be ‘placed under the blade’ in order for us to achieve the true spirit of qurbaani (sacrifice). If we fail in this then we have lost out terribly, although we may have stocked up our freezers with meat to last for an entire year.

Share
Previous Masaajid: The Houses of Allah Ta’ala, Should we attend or not?
Next Hajj to Makkah: Once – Hajj towards Unity: Daily