‘As Long as it Makes You Happy…’ 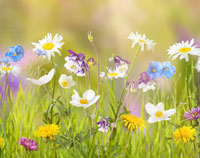 “You can’t have your cake and eat it.”

The above is a popular expression in the English language, and it means that a person cannot have two things that are contradictory at the same time. Rather, he will have to choose between them, as the existence of one automatically negates the other.

In the case of the cake, eating it would destroy it, negating the possibility of keeping it, while the effort to keep it intact would prevent one from eating it. Hence, one cannot have it both ways, but will have to choose and decide between the two.

There are many examples, in our day-to-day lives, to which this expression aptly applies. However, the greatest clash between two contradictory factors, which we see in our lives, is the clash between pleasing the impermissible cravings of our nafs (carnal self) and pleasing our Creator – Allah Ta‘ala.

Indeed this test is the very reason for which Allah Ta‘ala created us and sent us to this world, with every Nabi and Rasul warning us and exhorting us to give preference to pleasing Allah Ta‘ala over all else. In the Quraan Majeed as well, Allah Ta‘ala reminds us, time and again, that success and salvation lie in acquiring His pleasure.

The Sahaabah (radhiyallahu ‘anhum) were mountains of imaan and thus held firmly to this belief, sacrificing their own desires to please Allah Ta‘ala. Hence, even in the most trying or painful of situations, they remained firm, as their goal was to please Allah Ta‘ala. Thus, we find the likes of Sayyiduna Bilaal, Sayyiduna ‘Ammaar and many other Sahaabah (radhiyallahu ‘anhum) being relentlessly and mercilessly tortured for accepting Islam, yet they remained firm, hoping to secure the pleasure of Allah Ta‘ala.

Likewise, we find the example of Sayyiduna Haraam (radhiyallahu ‘anhu), the brother of Sayyidah Ummu Sulaim (radhiyallahu ‘anha), who was killed by the disbelievers while in the path of Allah Ta‘ala. He was stabbed with a spear from behind, and as the spear emerged from the front of his body, he exclaimed in delight, “By the Rabb of the Ka‘bah! I have attained success!” (Saheeh Bukhaari #4091) In other words, even though he was in pain and losing his life, he knew that he had acquired the pleasure of Allah Ta‘ala, and this was all that mattered to him.

Unfortunately, we have lost sight of the goal and objective that Rasulullah (sallallahu ‘alaihi wasallam) had directed us towards. Today, the yardstick and gauge for anything and everything has become ‘whether it makes you happy’. If a parent prevents his child from going to a party or mixing with the wrong crowd, he will be accused of depriving the child of his happiness. When a person wishes to justify their sin, they casually say ‘but it makes me happy’. When a person listens to music, watches movies, indulges in zina, dresses incorrectly, etc. then it is all for the purpose of ‘being happy’. In fact, even the abominable perversions of homosexuality, masturbation, etc. are justified under the banner of ‘as long as it makes you happy’! However, why does nobody pause and ask whether it makes Allah Ta‘ala happy???

The crux of the matter is that we are now ‘worshipping’ ourselves, as our pleasures have become the goal in life, instead of acquiring the pleasure of Allah Ta‘ala. Hence, for a Muslim, the gauge and yardstick is whether it will make Allah Ta‘ala happy – not himself. This was the code and standard by which the Sahaabah (radhiyallahu ‘anhum) led their lives, due to which Allah Ta‘ala announced their eternal success saying, “Allah is pleased with them, and they are pleased with Him….” (Surah Taubah v100)

Remember, if we have to choose between pleasing ourselves and pleasing Allah Ta‘ala, let us always please Him, for then He will allow us to live in His pleasure in the gardens of paradise, forever and ever.