Home | *Blog | Do not judge the book by its cover

Do not judge the book by its cover 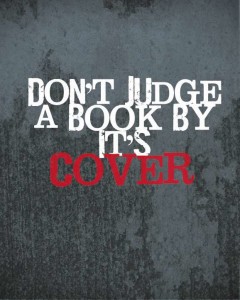 This incident is mentioned in Shama’il Tirmidhi1.

This is a very thought provoking incident which gives us a great lesson of life. Never ever judge people outward, apparently and externally. Never come to conclusions about people. You may never know what is in the hearts of the people and the value they have within them. Sometime we see a person, who is outwardly a simple person, maybe a poor person. Maybe he does not have influence in the society and we may underestimate such a person. Whereas in the sight of Allah Subhanahu wa Ta’ala he maybe very close. His imaan maybe very strong, or perhaps something in him which Allah likes about him very much.

So sahaba mentioned about this person who was very rich and affluent person, He is such an influential person, if he has to make a proposal for a girl, then probably it will be accepted. If someone is in hardship and he has to intercede, then his intercession will be accepted, and if he has to talk then people will listen. Nabi salallahu alayhi wasallam kept quiet.

Soon thereafter, another poor person happen to pass by. Nabi salallahu alayhi wasallam asked the sahaba, ‘What do you think about him?’. Sahaba radiallahu anhum mentioned ‘He is such a person, f he has to make a proposal to a girl, then people will look at his outward situation and turn it down. If he has to talk then no one will listen. If in any matter he has to put his intersession, then it will be discarded and no one will accept it.’ They made a conclusion about him from apparent and outward situation of the person.

Upon that Nabi salallahu alayhi wasallam mentioned, This poor person here, is better than the entire world filled with rich and wealthy people. Outwardly how rich and wealthy a people may look, and in reality what they are, are two different things. This is why it is very impotant for us to review our value system, and how we look at people and how we make conclusions about them.3 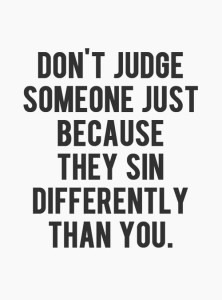 Sometimes we make very quick judgment about people. We see a person associating with such and such, and instead of making a good interpretation, we quickly jump to a conclusion. Whereas, there may be a perfectly good reason for him to be associating with the other fellow.

In Bukhari Shareef there is an incident of `Itbaan bin Malik radiallahu anhu, a great Sahabi, who used to make Imamah in one Mosque. He got sick in his eyes and starting loosing his eyesight. When it would rain, the visibility would become hard and it would become hard for him to go through to his place of Imamah. So he came to Rasulullah salallahu alayhi wasallam and said, “O Rasulullah salallahu alayhi wasallam, my sight is bad and when it rains then the valley between myself and my mosque gets all puddled and muddy, and it becomes really difficult for me to reach there. So I want you to come home and make one musallah in my house so I can pray there. I want to take barakah from you and want you to be the first to come and pray in that musallah.”

We also understand from this that we should make musallahs in our homes. Make a small place where you can perform your salah and worship there. When you see this place in your house, you will see some Qur’an there or musallah or tasbeeh, and you will be reminded and motivated to read two rak’at or do some act of reward. This was the houses of the Sahaba. So Nabi salallahu alayhi wasallam said that he will come the following day.

`Itbaan radiallahu anhu had prepared khazeerah4 at the arrival of such and honored and distinguished guest. The people of the locality also came to know that Nabi salallahu alayhi wasallam came so they also gathered as well. SubhanAllah what a beautiful gathering that must have been. While they are talking and passing out the dish, one of them asked. ‘Where is Malik ibn Dukhshan?’ The questioner probably wondered that all the people of the locality have gathered to meet Rasulullah salallahu alayhi wasallam. Malik ibn Dukhshan is also a person from this locality, but why is he not present?

Someone said that he is a hypocrite. He made a judgment. The moment Rasulullah salallahu alayhi wasallam heard this, he said, ‘Do not say this about him.’ Do not come to a conclusion about him just because he didnt come here. Do not make a conclusion that he is a munafiq. ‘He has recited Laa ilaha ilallah and he intended Allah’s pleasure with that.’

So do not come to conclusions very quickly. You see someone person doing this thing or that thing, then instead of making some interpretation in well wishing about him, do not make a conclusion about him in negative. Sometimes when we make this sudden conclusion, it can become very embarrassing for us and may put our heads down to shame.

In Bukhari Shareef there is another incident that there was a dark skinned woman, who used to come to Ummul Mumineen Ayesha radialahu anha, and every time she would come, she would say the poem:

((ويوم الوشاح من أعاجيب ربنا – ألا إنه من بلدة الكفر أنجاني))
The day of Wishah is among the unique matters of our Rabb
Except for that I seek solace in Allah who saved me from the land of Kufr.

So Ayesha radiallahu anha asked her, What is this poem which you recite all the time? Whenever you sit here you render this poem. ‘What is this Wishah?’ So then the lady mentioned an incident. She said, ‘I was a slave girl of a particular tribe. They had freed me but I still remained with them. They had a small girl whose mother made her a necklace made out of red leather. It was very beautiful and nice but very expensive.

The child went out with it and lost it. When the family started looking for it, they started accusing this girl. Apply it to our context, how quickly we jump to conclusions. So they started searching her and couldn’t find it. It is mentioned in the hadeeth that they even started searching around her private parts. While they were searching her, a vulture came and threw the red leather necklace right in front of them. That is when the lady said to the family, ‘Is this what you all are accusing me of?’ It was the vulture who though that the red leather was a piece of meat and picked it up and once it realized that it is not meat, it threw it away.

Some times we can make a quick judgment and end up putting our own head down in shame. It reminds me of one incident of a person who was at an airport. He was reading his book and on his table he had a packet of biscuits. While engrossed in his book, whenever he finished a portion he would pick up a biscuit and eat. He realized that there is another person sitting across him on the same table and that person is also taking biscuit from the same packet. Without permission, taking someone else’s food. Its embarrassing. Ideally you would sit on a separate table, but here you sit on someon else’s table and start taking their food.

So the person with the book picks up his biscuit and so does the other person. While they do so, they exchange strange glances. Both of them are looking at one and other surprised. This person was so angry that this stranger has no shame eating from my biscuits without any permission. And even knowing that I have noticed him, he is still helping himself to the biscuits. This occurred until there was only one biscuit remained. The stranger who was sitting in front of this person picked it up and broke it in half and gave to this fellow with the book.

Suddenly there was a boarding call. The fellow pushed his book into his bag and stormed away in disgust at the ill manners of the stranger. After boarding on the plane, he looked up his seat and sat down., still thinking about the rude behavior he had just witnessed from that stranger. Trying to get away from this recurring thoughts he bent down into his bag to take his book out, and there he see his own sealed packet of biscuit. Frozen for a brief moment, he thought to himself, ‘if this is my packet of biscuit, then whose packet of biscuit was the one on the table which he had been eating all along.’ It is only now he realized that the rude and ill manners were not being displayed by the other stranger, rather himself. As for the stranger, he displayed complete tolerance, so much so that he even shared his own last biscuit with me.

It is very important for us that we have to be extremely careful. Every time our mind jumps to a conclusion about someone, just pause yourself and put your thoughts into reverse gear instead of putting it in forward. Take a step back and rethink about the next person. At that very moment, apply your good thoughts and judge him how you would judge yourself. Who am I? Think about your own weaknesses and shortcomings. Start making conclusions about yourself instead of them.

Immediately as you start thinking about yourself, you will have not time to think about other people. This is why there is a concept among the fuqaha’ of “Istishaab e Haal”. You conclusion about someone will be according to the condition he is in. You may know him from the time of your young classes, but he is no longer in school. So you cannot make judgment on him based on what he was back in younger days. In fiqh this has no basis. A conclusion about someone cannot be made based on his past conditions. Hence Allah Ta’ala has says:

O you who believe, abstain abundantly from suspicion.

Don’t come to quick conclusions about people, why? Because you have not applied any research, you do not know the internal matters. So how can you make a conclusion?

…because most of the suspicions are sinful.

And what is even worse is when you share this suspicion of yours with a third person, and him with another. An innocent person, in this manner become a victim of circumstances for no reason. What a big sin are we going to incur upon ourselves like this?

These are the things which not only affect our relations with the people here but also affect our life of the grave. So be cautious and save guard oneself. May Allah give us the ability to do that, Ameen

Talk by Mufti Ebrahim Desai
Talk given on 30th May, 2013
Location : Masjid as Swaliheen
Transcribed by : abuhajira

1Shama’il al Muhammadiyyah, more well-known as Shama’il Tirmidhi is a compilation of Ahadeeth by Imam Abu Eesaa Muhammad ibn Eesa ibn Sawrah at Tirmidhi rahimahullah. Abu Haneefah College of Fiqh will be conducting full classes on this monumental treatise. Those interested should keep their eyes on our website at www.abuhaneefah.com

4A dish in which meat is cut into small pieces and cooked with water and then mixed with some cooked flour.