Do You Want Good For Others? 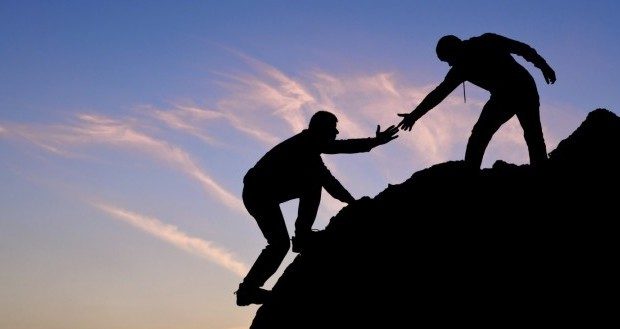 In another narration it is reported that he said, “By the One in whose hand is my soul, a servant does not [truly] believe until he loves for his brother – or his neighbour – what he loves for himself.”[2]

And another still as, “By the One in whose hand is my soul, a servant does not [truly] believe until he loves for his brother the good that he loves for himself.”[3]

There are two more authentic narrations of this ḥadīth which shed additional light on its meaning:

1. greeting him with the salām when meeting him,

2. responding to his invitation,

3. responding to his sneeze,

4. visiting him when ill,

5. following his funeral after his death, and

The aforementioned aḥādīth show that a person will not perfect his faith until he loves the good that he loves for himself for his brother. This has been declared as attaining the pinnacle or reality of faith as can be seen in the narration of Ibn Ḥibbān.

The believer should also want good for everyone as proven by the narration of Aḥmad. This quality is one of the obligatory qualities of faith.[12] “Good”, here, refers to all things that are obligatory, recommended and permissible.[13]

Part and parcel of faith is also to hate for a person’s brother the evil that he hates for himself. This has not been explicitly mentioned in the title ḥadīth since it is implied: loving something means to hate its opposite.[14] It is explicitly mentioned, however, in the ḥadīth of Muʿādh which was previously mentioned.

Aḥnaf b. Qays was once asked how he had learned his knowledge. He replied, ‘From my self.’ ‘How so?’ He replied, ‘Whenever I saw something in another I disliked, I made sure not to do that same thing to another.’[16]

The Muslim is humble and modest. He does not think of himself better than others. Rather, he wants good for them and this can only come about by abandoning envy, hatred and rancour.[17] A true Muslim is generous of spirit and does not want good just for himself but also for others.[18] A Muslim is sincere to another, and advises him accordingly since he only wants the good for him.[19] A Muslim is solicitous of others and concerned about them.[20] A Muslim is aggrieved by what grieves his brothers and sisters.[21]

These characteristics of magnanimity, solicitousness and sincerity with fellow Muslims are encompassed in a hadith. Allāh’s Messenger (sall Allāhu ʿalayhi wa sallam) said, “The example of the believers in their love, mercy and compassion for one another is like that of the body: if one of its limbs is hurting, the entire body is afflicted with sleeplessness and fever.”[22]

This ḥadīth and those previously highlighted emphasise the importance of brotherhood in Islām as the believer, to another believer, is like one soul.[23] As such, just as we make duʿā’ for ourselves and seek Allāh’s aid for our own affairs, supplicating for our brothers is important. Further to this, as Muslims we are recommended to supplicate for the guidance of a non-Muslim as well.[24]

The ḥadīth does not mean that a person who does not have this quality is devoid of faith altogether. Faith is of different levels and deeds are part and parcel of īmān.[25] However, when a person is devoid of this quality, he becomes open prey to envy.[26]

True love for our brother in Islām must go beyond mere lip service and translate into action. So where a person is able to help his brother in good, he should do so. A strong community is one that is built on love, compassion and cooperation. Although the primary focus of this lesson is on Muslims and the brotherhood of Islām, some scholars argued that the ḥadīth also applies to non-Muslims. This understanding is strengthened by the other narrations of this ḥadīth, and the other ḥadīths quoted above that just mention “people.” As such, the Muslim wants good for the non-Muslim just as he wants good for himself. For example, he would want the non-Muslim to accept Islām just as he would want the Muslim to remain on Islām.[27]

May Allāh keep the Muslim Ummah steadfast upon righteousness and guide mankind to Islām. Āmīn.