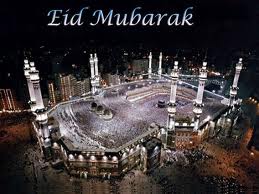 It’s been months in the planning. The exotic fabrics specially imported from Dubai, Swarovski crystals of every shape and colour, ready to line a designer abaya to leave you breathless. The fancy cars line the road around the sanctuary. From Aston Martins to BMW’s, Mercedes AMG’s and even the latest Ferrari and Lamborghini glow in the beautiful sunshine. The show of wealth is unmistakable. The music blaring, ahh yes this is the day of Eid…at the notorious Zoo Lake.

It’s been a long month starving yourself from sunrise to sunset. But not in vain, because during the holy month of Ramadan she would have lost a few kilos and the black strapless open back number would be a perfect fit.

During the month, pseudo intellectuals are everywhere to be seen. Dust is wiped off the Quraan that has been lying in the closet for 11 months. The kurtas and abayas are washed and ironed, ready to be donned to create a facade and observe the life of a good Muslim for the holy month.

The masaajid are full and the stranger that has been absent from prayer for the past 11 months occupies the first row of the masjid for 30 days, Subhanallah.In their wake and in the many homes, Quraan is being recited and the respect and benefit of the holy month is reverberated like a mercy showered upon all Muslims.

As the month of Ramdan draws to a close and the night of Eid arrives, Muslims are shining in their faith. The night of Eid is the culmination of the hard work during the month and now Allah (SWT) wants to reward you. A prize giving ceremony if you want to call it that. Lailatul Jaaiza…

But no…They snub Allah (SWT), the masaajid are empty. The Quraan has been packed away for another year. The guys are getting the cabs washed and polished and the gals are instructing the designers (not dressmakers, that’s old fashioned) to put the finishing touches on their newest garments. The devil has been unchained and released…

On the morning of Eid, the beard that was cultivated during Ramadaan gets mercilessly slaughtered. The toppi or Muslim skullcap can’t be found anywhere conveniently of course, because it will flatten the spiky hair the wet look gel is holding in place. The designer kurta is slipped on and they are ready to go!

At the Eid salaah or Eidgah, they stand in the last row so they can make a dash for it and not get stuck in traffic. Time is everything, you see. Thereafter a trip to the graveyard to pay respects to the loved ones.

Then its breakfast time. People have a huge family gathering for this. They all rock up at Uncle Bhai Gora’s house for a breakfast of note. The cornflakes, eggs, orange juice, toast and fruit are substituted for roast chicken, lamb roast, puree (glorified roti), coke and fruit punches. The tea is also served with catalogue-designer biscuits.

Then the rest of the morning is engaged in panchaat (gossip) and minor ghibat (backbiting) with the family. How ironical, you abstain for 30 days to blow it in a day. That’s the price of ignorance these days. Then comes lunch….

Normally at nani’s or dadi’s house. The richest saffron chicken biryani known to man is served. Bear in mind you ate like a glutton 3 hours before, now you have to indulge in this.

After lunch, the devil has got back in his routine of misleading and he’s ready to unleash a master plan he was devising while confined.

Firstly it is not custom or religious tradition to be in or around water on this day. Yet it’s a make believe tradition that has been ingrained in superficial values of the Muslims by the conniving West.

Girls wearing outfits, lady gaga will be shy to walk outdoors with and guys all shining in their Armani jeans and brand new Nike sneakers from the Plaza.The cars are another story. All shining and reminiscent of some the exotics featured on Top Gear. Engines revving, music blaring and the vivid mingling of males and females. All this approximately 15 hours after the blessed month of Ramadan.

A letter by an anonymous person clearly illustrates the despicable behaviour:

“I’m not sure if I’m the only one to notice this, but our Muslim girls and boys are starting to look less like Muslims. Focusing more on the girls, the western world has taken them over completely.

“The skirts are getting shorter, the tops are becoming more and more see through, and I see the new fashion is now a type of “top” that looks like a bra, what is that?

“I wasn’t born into a Muslim home, no, it was Christian. But when I see how the Muslim girls dress when we go to town or for a family function and I look at myself, my husband and some of the older people, then I wonder what will become of the youth? Why is it only a certain hand full of people that still wear cloak and scarf?

“Even when the girls do wear the so-called long tops, it sits so tight that you can see their whole figure and it’s got no sleeves. And to top it off the mother and father don’t see anything wrong with what their daughter is wearing! O ya, and the scarf is used as a “jacket” for in case they feel cold.”

Is this right? In my opinion no, but I’m just one person. Maybe there is more that think the same, maybe not?

Indeed it is sad that some Muslims can revert to a life of immoral behaviour after such an auspicious month. Furthermore their indoctrination by western ideological habits and ideas is clearly evident when they utter words like this:

Fazlin said going to Zoo Lake was about “relaxing” and “meeting people after spending a whole month indoors”.

But for Shafiek the Zoo Lake trip is about more than flashy clothes. “We are here to meet our future wives,” he joked, adding that he and his friends used the opportunity to check out the girls.

Every year the same message goes out with the fervent hope that someone, be it even one person, can be saved from emulating the Kuffaar in their ways and celebrating Eid in a way far befitting how our beloved Rasulullah (SAW) and the Sahaabah (RA) spent their days.

Every Muslim has to regard themselves as personally responsible for all the happenings around them and to strive for the establishment of right from wrong.

Can we really say we have love for the beloved Prophet of Allah when we do not even feel a little at the way he lived his life, the way he ate, the way he fasted, the way he dressed?

You need to ask yourself one question. Will Rasulullah (SAW) recognise us on the plains of reckoning? The time has come for us to seek guidance, for the era of going at it alone has passed. Seek advice from those who know before it’s too late. 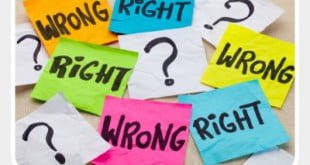 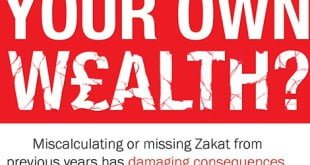 Everybody on His Own

Fourteen of the Best – Badr