Home | *Blog | Fear at the mention of Allah

Fear at the mention of Allah 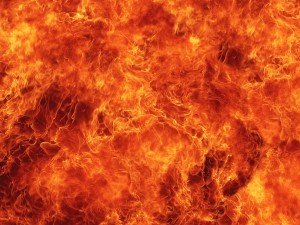 The first quality mentioned for the essentials of being certified as a Mu’min was trembling of the hearts out of fear at the mention of Allah Ta’ala. The general Arabic word for fear is “Khauf” while the word used in this verse of Surah Anfal is “al Wajl”.

Al-Mu’minoon are only those who, when mention of Allah
is made (to them) their hearts start tremble (out of fear) (Qur’an 8:2)

“People of Ma’rifah say that there are two types of khauf (fear).

a. Khauf al iqaab (fear of punishment)
b. Khauf al Adhmah wal Jalaal (Fear of greatness and might)

As for fear of punishment then that is for disobedient ones. The fear of might and greatness on the other hand is not removed from the heart of the creations, regardless if one is a King or a Prophet. This is because Allah Ta’ala is independent in his nature from all that is created. All those who are created depend on him and need him. When a needy dependent person is in presence of an independent King, then he is overawed by the king. And this awe is not out of fear for punishment, rather borne from the mere knowledge that the one he is dependent on is nearby. This need instills that awe, and this is the fear.

Once this is understood, then the first type of fear is not found through mere mention of Allah. It is only found when the punishment (of disobedience) is mentioned. This seems to be more appropriate in this verse because the purpose of the ayah in context was to establish servitude and obedience from the people of Badr towards Allah and Rasulullah salallahu alayhi wasallam in regards to the distribution of the spoils of war.

If the intended “fear” in the ayah is the second type, then that type of fear is found by mere mention of the name of Allah.” (Mafateeh al Ghayb 15/450)1

The Ayah can be used to derive specific meaning, with relation to the context of its revelation, as well as, a more general meaning for every muslim. In view of this generality, the second type of “fear” is more appropriate in this ayah. 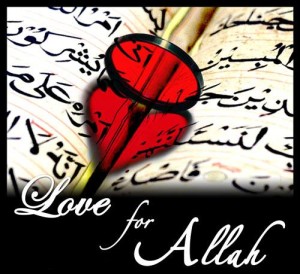 qulubuhum refers to being awed at the mention of Allah Ta’ala seeking His greatness and fearing from His Might. He further mentions that it could also be the other type where one has made a malicious intent to do something wrong, and he is reminded of the punishment Allah has kept for disobedient ones. On perceiving this reminder, he starts to fear Allah Ta’ala’s punishment for that disobedience and shuns the malicious intent. (Tafseer al Baydawi 3/49)2

The other issue raised if we take the meaning of the ayah to be the fear of punishment, then how does it match with the other Ayah from Surah ar Ra’d which says categorically,

“Behold, through the dhikr (mention) of Alah, the heart finds peace and solace” (13:28)

“The true complete believers in their Imaan are those who are sincere about it. When Allah’s name is mentioned their hearts tremble, i.e it is awed from the greatness of his mighty nature, and fearing from His grandeur. And the serenity that has been mentioned in the verse that the heart finds peace in the mention of Allah, does not negate al-Wajl. This is because that Wajl refers to the calmness of the heart and clarity of heart with the light (Nur) of Ma’rifah and monotheism and that includes the fear. Ibn Khazin has opted this opinion.” 3

Once we realize that the fear which Allah has asked the Muslims to instill in themselves with regards to his mention is essentially the fear and awe of grandeur and honor let us also see what Allah Ta’ala says about it in yet another verse of the Qur’an.

and give glad tidings to the humble and soft people, those whome when Allah’s
name is mentioned, their hearts (start to) tremble (out of fear) (Qur’an 22:34)

“This tells us that the fear and awe mentioned in this verse is not contrary to the peace and tranquility of the heart. For instance, the fear of a beast or enemy disturbs one’s peace of heart. But, the fear which is generated in the heart as a result of the Dhikr of Allah is totally different from that. Therefore, the word used here is not the exact counterpart of ‘fear.’ It has been called: al wajal which does not mean fear (khawf) in the absolute sense. Instead, it is the awe, a respectful feeling of fear which emerges in the heart because of the majesty of the most exalted.” (Ma’ariful Qur’an 4/153)

Share
Previous Ingenuity of Imam Abu Haneefah rahimahullah
Next How to make dua to Allah!

Once upon a time, there lived a King who, despite his luxurious lifestyle, was …