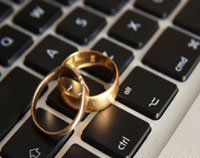 Please forgive me for sending such a long message.

I went to an Islamic co-ed school and I also went to university. I have always worn the abaya and hijaab/scarf. I left university after taking the advice of a few local ‘Ulama.

This is how all the girls I know got married: Take pictures -> post them on social networks -> receive interest from guys -> engage with them and find potentials -> go out with them, and even be intimate -> get married.

Most girls believe that there is more scope online and that’s the way to get married. My family, unfortunately, is of the same opinion. I have been told that I am too rigid and strict, and that maybe if I was more easy going, I would have been married by now and would have already had children. Now I am too old and it will be hard to find a spouse. I always said that I place my reliance totally on my Allah to send me a spouse. So, over the years, I have made fervent du‘aa and read all the wazeefahs for marriage.

Also, my idea of the process of marriage would not be to message/meet with the boy until after the nikaah. But I have been told that this is absurd, and in this day and age, you have to go out and see how the boy is. You have to message each other so that you are comfortable with one other. Is this even true?

I sometimes silently agree – so many marriages break because a boy would show his most perfect ‘Islamic’ side when he comes home and in the weeks before the nikaah. But afterwards, he turns out to be an alcoholic, abusive person, etc. How can one know a guy’s true nature just based on a few meetings?

Everyone and everything just seems to be messing with my head, and I’m beginning to doubt the choices I made. Even though I’m still doing the right thing, I struggle and regret it sometimes. It has been hard to watch everyone’s dunya work out so easily for them. I couldn’t even finish my degree because I left university! I feel frustrated and miserable. It is very difficult to do the right thing when you are young and alone. You stand out like a sore thumb!

I always complain that I’m not getting married, but I do receive a lot of interest from boys – just not in the halaal way I would like. Do you perhaps think that I should allow boys to talk to me and from there, see who is serious?

Also, I’m sometimes fearful that my actions won’t be accepted by Allah Ta‘ala because I’m sometimes so unhappy when I am doing it e.g. when I say no to photos or when I wear abayas to weddings.

Jazakallah khayr for this platform.

1. May Allah Ta‘ala keep you steadfast on the straight path and protect you from all the fitnahs that are ever increasing. May Allah Ta‘ala reward you tremendously for the sabr you have exercised and for having refrained from doing the wrongs that others have been trying to drag you into.

Although, it seems difficult to do the right thing, you should keep in mind the great rewards that have been promised for the one who remains firm on fulfilling the commands of Allah Ta‘ala, despite the challenges and difficulties that he has to encounter. One example is the hadeeth of Rasulullah (sallallahu ‘alaihi wasallam): “The one who holds firmly to my sunnah (way of life) when (the condition of) my Ummah is degenerating will receive the reward of one hundred martyrs.” (Baihaqi – Targheeb vol. 1, pg. 80)

2. It is actually the task of the seniors in the family to seek out a suitable match who will be compatible with you, especially someone who shares your Deeni aspirations.

3. This is the whisperings of Shaitaan – that some marriages broke up due to the boy turning out to be a person of negative character and habits. However, how many more marriages have broken up despite the couple having been in an illicit relationship for a long time before marriage? Despite knowing each other very well and for a long time, barely months into the marriage, problems began which eventually led to a divorce. It is obvious that any person will show only their ‘good side’ in a love relationship. Furthermore, in a love relationship, the degree of responsibility and commitment which is found in marriage does not exist, as dating revolves around mere romance. Hence, dating a boy does not necessarily expose his true self and how he will fare when shouldered with the responsibilities and commitments of marriage.

Thus, the correct method is where the elders of the family do a background check on the boy and enquire regarding his temperament, ways and habits etc. from those who are close to him and know him best. This method is far safer and much more accurate. Therefore, even statistics prove that arranged marriages have a far higher success rate than love marriages, and some sectors of Western society are also beginning to incline to the benefits of arranged marriages.

4. Therefore, remain steadfast and do not be swayed by the wrong thinking of people around you. Be totally pleased with the decision of Allah Ta‘ala and continue making du‘aa. Daily recite “Ya Jaami‘u, Ya Lateefu” 111 times, together with Durood Shareef 7 times before and after and then make du‘aa for a suitable spouse. Do this diligently for at least 40 days.

May Allah Ta‘ala bless you with the most suitable spouse, who will be good for your Deen and dunya.