Home | *Blog | FORGIVENESS AS A WAY OF LIFE

FORGIVENESS AS A WAY OF LIFE 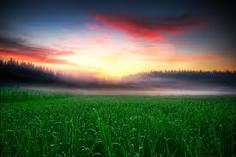 Ever wonder what life would be like if our family and friends never forgave us for the mistakes we made? Take a moment to reflect on your own life. Think hard about it. What images do you see more often? Do you see yourself apologizing more or waiting for an apology? Now try to forget about all of those times when you felt someone else should have been asking you for forgiveness but did not come around to it. Forget about all of those times when you felt you deserved an apology but one was not forthcoming. This is not about everyone else, it is about you. It is about you making an intentional decision, a deliberate choice to internalize forgiveness as a way of life.

All of us, at one point or another in our lives, have had an experience that frustrated us, made us upset, resentful, or angry. The sources of difficulty might have been, among so many possibilities, the words or actions of a family member or friend, or the words or actions of a stranger. Based on the intensity of the pain or harm we perceive from such difficult moments or incidents, we sometimes find that it is not possible for us to move on, to overlook, or to look past the pain or hurt. Even worse, we sometimes find it impossible to resume normal interactions with the individual or individuals who have caused us the pain.

This notion of wiping away, of starting anew, is rooted in Islamic teachings. One of the attributes of Allah Almighty is that He is Al-Ghaffar (the Forgiving). There are frequent occurrences in the Qur’an of the juxtaposition of the notion of Allah the Almighty forgiving us and of covering or wiping our sins away. Among the numerous examples in the Qur’an, a part of one verse in particular stands out: {for Allah does blot out sins and forgive again and again} (An-Nisaa’ 4:43).

And in this same surah, Allah Almighty reminds us again of people who strive to do good and struggle in the path of Allah: {For these, there is hope that Allah will forgive: For Allah does blot out (sins) and forgive again and again.} (An-Nisaa’ 4:99). The reference to blotting out our sins reminds us of a renewal of sorts, so that the slate of our actions is wiped clean. Similarly, when forgiving a person or persons, we strive to reach a level of self-restraint so that our actions with those who hurt us are no longer guided by anger or resentment, but rather by a desire to reestablish the bonds which exists between family and friends.

Obstacles to Being Forgiving

What is it about forgiving others that is so difficult? If you think about it, you can identify family members and friends you know who have found it almost impossible to be forgiving. We all might have family members who allowed an argument, over something trivial, to escalate to the point of no return. Rather than restraining anger, restraining the tongue, and restraining the hands and legs, we sometimes become vulnerable and lose control of ourselves. As a result, an uncle might not be talking to your father, or a mother might be shunning her own daughter or son. The desire not to forgive is not something unnatural.

What is unnatural, with sometimes dire consequences to one’s mental, emotional, physical, and spiritual health, is the savoring of, the sulking in, and as gory as it sounds, the enjoyment of, the feelings of resentment and anger towards a person. As you can tell by now, you and I are responsible for how we manage our feelings, especially when it comes to being forgiving of one another. As much as we would like to blame our inability to forgive on other people, claiming that we do not forgive because the other person or persons are so bad, so unworthy of forgiveness, the reality is that not forgiving others is more a reflection about who we are, and about our souls more than it is about other people.

Our beloved Prophet Muhammad (peace and blessings be upon him) has taught us clearly that exercising self-restraint, especially in situations where we would be justified fully to exact retribution, is an ideal to which every believer should aspire. We learn from the Prophet (peace and blessings be upon him), as narrated to us by Abu Huraira (peace be upon him), that “the strong is not the one who overcomes the people by his strength, but the strong is the one who controls himself while in anger.” (Sahih Al-Bukhari, Book #73, Hadith #135).

Learning to Be Forgiving

One clear obstacle to being forgiving is our tendency to want to hold a grudge against people. As stated earlier, sometimes holding a grudge ends up being years spent apart from a family member or a friend. The question to ask then is: What do we gain by holding a grudge and not wanting to forgive? What could be so painful to us that we are unwilling to give the person who hurt us a second chance?

Of all the people in Islamic history, there is no one else who suffered more, was harmed more, was insulted more, and in general, experienced more emotional and spiritual pain than Prophet Muhammad (peace and blessings be upon him). His own tribe, the people of Quraish, turned against him and conspired to kill him. When finally Allah Almighty granted Prophet Muhammad (peace and blessings be upon him) victory over the Quraish, history captures for all of time to come, the merciful and forgiving manner in which the Prophet dealt with them. At the conquest of Makkah, Prophet Muhammad (peace and blessings be upon him) posed the following question to the Quraish: “How do you think, I am going to treat you now?” They said, “You are a generous brother and the son of a generous brother. We expect only charity and forgiveness from you.” He said, “I will tell you what Joseph told his brothers: {“There is no blame on you today.”} (Yusuf 12:92).

Recalling the forgiving attitude of Prophet Yusuf (peace be upon him) towards his brothers, who had also conspired to kill him, Prophet Muhammad (peace and blessings be upon him) went beyond the imagination of the Makkans and inclined to forgive them when in fact the right to exact retribution was entirely his. Should we not aspire to imitate Prophet Muhammad (peace and blessings be upon him)? Can we not find it in our hearts to forgive our family and friends and to strive to strengthen the bonds of family and friendship? Learning to be forgiving is not something one can achieve overnight. It takes a lifetime of practice and reflects the height of self-restraint.

Growing up, you might have heard again and again that Islam is a way of life. You might wonder, as I and so many others have, just what it means to say that Islam is a way of life. One way to think about it is that every aspect of our lives has to be lived in accordance with the teachings of the Qur’an and the Sunnah of our beloved Prophet Muhammad (peace and blessings be upon him). Another way to think about it is that in addition to living our lives according to the Islamic teachings, we have to aspire to internalize as many as possible of the sublime qualities as compassion, love, mercy, forgiveness and so on. We must daily practice being compassionate, loving, merciful, and forgiving, for example.

Are you ready to incorporate forgiveness as a way of life? Who will be the first person you e-mail or call to tell them that he or she is forgiven? Who will you walk up to and say, “Listen, I’m sorry for holding a grudge against you for so long.” Imagine how relieved you will feel knowing that you are no longer carrying around with you the burden of anger and frustration! Knowing that you have released all of that negative energy from your body will be refreshing and make it easier for you to be forgiving of others and to be forgivable by others. Indeed Allah is the Forgiving and our Prophet Muhammad (peace and blessings be upon him) mastered forgiveness as a way of life. Are you up to the challenge?

A Tree in Jannah for Each Time we say ‘SUBHANALLAH’

Question Please verify the authenticity of the Hadith that says if you say Subhanallah, a tree is planted for …

Gift of Salah -Lessons of Me’raj “Glorified be He (Allah), who took His slave ( …