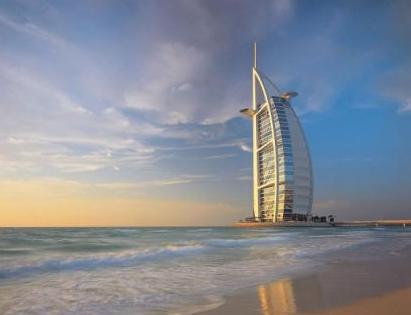 The word ‘holiday’ comes from the Anglo Saxon halig daeg, or holy day. However, holidays to a great extent have become anything but holy. A Christian once observed that in their most auspicious month, December (holiday time), the most amount of crime and evil is committed. Contrary to this, in the most blessed month of the Muslims, Ramadhaan, the most amount of good takes place. Nevertheless, let alone those who are lax at all times, even those who are conscious of deen seem to ‘relax’ with regards to deen also while on holiday. The salaahs that were punctually performed while at home are now missed. The shameless attire that was never adopted at home is now adopted. Such places are visited, together with the entire family, where no Mu’min should dare to go near. All this in the name of ‘holiday’.

It should be understood that any activity which does not transgress the bounds of sharee‘ah would be permissible. Hence if one’s holiday does not involve any violation of the commands of Allah Ta‘ala, there will be no harm in it. However the intention of a true believer is never merely to ‘pass the time’. Thus the holiday should be something which refreshes and revives one’s spirit for the service of deen.

Nevertheless, it is indeed extremely sad to notice Muslims imitating the Kuffaar in their manner of holidaying. Let alone imitating them, many Muslims actually join them in their activities. For instance, many Muslims join the Kuffaar hordes in the city centers especially on the 25th and the last day of December. There are those who then remain as spectators and others actively participate. As for the spectators, they should take note of the following hadeeth: “Whosoever adds to the numbers of a people, he is from among them.” (Al-Maqaasidul Hasanah pg. 498) Thus it is clearly understood that merely being present also renders one as being part of those who are involved in the evil. Those who participate can gauge from the above just how much more serious their action is.

As for those who holiday at hotels which are gambling and vice dens, they innocently protest: “We do not gamble at all!” Such people should take heed of the famous advice “Refrain from places which cast a doubt upon oneself.” No person goes to a bar merely to buy a halaal soft drink. By merely entering such a place, one is bound to be affected by its environment. Hence hotels which house casinos, etc. should never be visited.

On the subject of hotels, some people are fond of spending a few days at hotels (at times just a few kilometers from their homes) ‘for a holiday’. It is understandable when a person is far away from home and out of necessity has to live in a hotel. But to squander the gift that Allah Ta‘ala has given merely to sleep on a hotel bed used by all and sundry is difficult to understand (there is little else that is generally done in a hotel which is permissible in deen).

Rasulullah (sallallahu ‘alaihi wasallam) is reported to have said: “Let your house be
sufficient for you.” (Tirmizi #2406) It is indeed a calamity if a person cannot get comfort and relaxation in his home and has to go about looking for it in a hotel bed. There are many people who live in the open without a shelter above their heads. This money should rather be used to provide a roof for them.

Having lost the values of Imaan, many Muslims attend the evil musical shows and other gatherings where music is played. Rasulullah (sallallahu ‘alaihi wasallam) is reported to have said that in the latter times (close to Qiyaamah) a group of people will be transformed into monkeys and swine. They would be people who believe, perform their salaah and fast. However they would have taken to musical instruments, dancing girls, drums, and liquor. They would one night engage in their amusement and wake up the next morning as monkeys and swine. (Ithaaful Kharatil Maharah #7548)

During the peak holiday times, most beaches are places of absolute fitnah where, besides other evils, nudity is the norm. No person who has concern for the modesty and morality of his family will venture close to any such place. The collective evil that takes place at one time in these places could draw the wrath of Allah Ta‘ala immediately. It is only His clemency if He does not send down a calamity upon such places.

Thus we should never sacrifice our deen, even when on ‘holiday’.

1.Parents need to understand that we can’t be too strict on the children during the holidays. Some freedom should be given to them. However it shouldn’t be such that we give so much freedom, that we allow them to go to discos, rave clubs and cinemas. Some parents put the TV on in the house, putting the suitable cartoon for the child. And the child spends hours in front of the television. The adverse effect of all of this will be experienced by the parents.

2.Adjust the times in our daily routine. Take out time for our children. Talk to them, joke with them and take them out to places to acquire halaal entertainment. But if we say: “No! Rather send them with their friends” etc. Then we should take lessons from around us. How much of correspondence we get where muslim girls are having abortions. Their parents don’t know anything about it.

3.The world outside is extremely vicious. It’s like someone going to Kruger National Park. If he steps out of the car, he will be devoured by a cheetah or lion. We can’t change the world due to our limitations. But we can change ourselves and the environment of our homes. No government stops us from performing salaah. No government forces us to watch TV, movies or to adorn the dress of the kuffar.

4.We as parents need to know what is on our children’s phones. Recently some boys were found watching haraam on their phones in the musjid.

5.I am not saying it is totally haraam to watch the waters of the ocean. But in these so called festive times we know what haraam takes place there. For those who want peace of mind and also want their children to grow up in a healthy environment, we shouldn’t go to these places. Look for good things that they will be occupied in. Take them out for some halaal entertainment. (where no laws of shariah are broken and the environment is conducive)