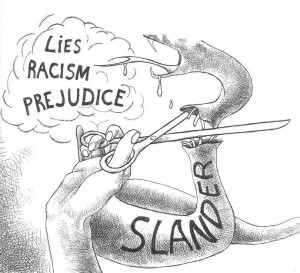 The forces of evil are notorious for plotting in order to tarnish the reputation of those who tread the path of truth. The hypocrites plotted against Nabi salallahu alayhi wasallam by making false accusations against his wife `Aisha radiallahu anha. However, truth always prevails. The evildoers and their lies are bound to fail sooner or later.

Imam Abu Haneefah rahimahullah was one such man of truth whom the evildoers desired to harm. One day, they hatched a sly plot to tarnish the reputation of the Imam so that he would lose his respect amongst people. They bribed a young widow who readily agreed to their nefarious plot. While returning home from Masjid every night, Imam Abu Haneefah rahimahullah would pass by her home. One night, she appeared before him with her body and face completely concealed and explained desperation, “Imam! My husband is about to pass away and is intending to make some sort of bequest, but I cannot understand it. Please come quickly!”

Imam Abu Haneefah rahimahullah followed her into her home and after entering, she quickly locked the door behind him. The Imam’s enemies who had slyly concealed themselves within the home, emerged and began slandering him “Imam Abu Haneefah, what are you doing in this private residence in the company of a strange young woman at this late hour? You evil man!”

They immediately handed the innocent Imam and the young woman over to the police. The news spread like wildfire and soon reached the ears of the governor, who instructed that both be put behind bars for the duration of the night. The case would be heard the next morning. Accordingly, they were enclosed in a small cell. The Imam was in the state of wudhu’ and immediately started commenced performing Nafl Salah. The young woman could not do nothing but watch the Imam, and soon realized her error of attempting to vilify such a respectable man and waited for the Imam to complete this salah. She then begged forgiveness and confessed to their mischievous plot.

The Imam declared, “We cannot undo what has occurred, but I have a plan that can clear our names,”

“What?” she quickly asked.

Imam Abu Haneefah rahimahullah explained, “Please to the guard outside to let you free so that you can return home for a moment. Convince him that you were brought here without any explanation and that you need to attend an essential task which cannot be delayed. Ask him to accompany you so that he does not doubt your intention to return. When he agrees you should proceed to my home, where you should enlighten my wife regarding the proceedings. Ask her to disguise herself by donning your clothing and request her to come here immediately.” 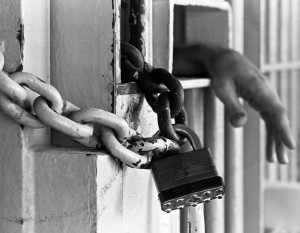 The young woman succeeded in convincing the guard, and the Imam’s wife reached his prison cell in a short while. The next morning, the governor summoned the Imam and his wife. The Imam’s enemies were in attendance in large numbers, anxious to see the Imam’s reputation tarnished.

When the case was brought forward, the governor asked, “Abu Haneefah, you are a great scholar. How could you engage in such a major crime?”

Imam Abu Haneefah rahimahullah asked, “What are you implying?”

The governor continued, “You were caught in the presence of a strange young woman in privacy late at night.”

Imam Abu Haneefah rahimahullah explained, “She is no stranger to me.”

The governor asked, “Who is she to you?”

Imam Abu Haneefah rahimahullah pointed to his father in law and said, “Ask this honourable man to clarify who she is.”

The elderly man was called forward and he explained, “This is my daughter. I handed her over in marriage to Imam Abu Haneefah at such and such place.”

The enemies were left utterly defeated by the amazing ingenuity with which Allah Ta’ala had blessed the Imam.

Share
Previous Health Benefits of Pink Himalayan Salt.
Next A Heart of Gold