Home | *Blog | Love each other for the Sake of ALLAH

Love each other for the Sake of ALLAH 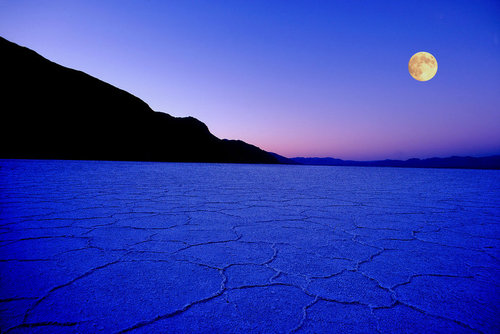 “Muhammad (sallallaahu ’alayhi wa sallam) is the Messenger of Allaah. And those who are with him are severe against disbelievers, and merciful among themselves. You see them bowing and falling down prostrate (in prayer), seeking bounty from Allaah and (His) Good Pleasure. The mark of them (i.e., of their faith) is on their faces (foreheads) from the traces of prostration (during prayers). This is their description in the Taurat (Torah). But their description in the Injeel (Gospel) is like a (sown) seed which sends forth its shoot, then makes it strong, and becomes thick and it stands straight on its stem, delighting the sowers, that He may enrage the disbelievers with them. Allaah has promised those among them who believe (i.e., all those who follow Islamic Monotheism, the religion of Prophet Muhammad (sallallaahu ’alayhi wa sallam) till the Day of Resurrection) and do righteous good deeds, forgiveness and a mighty reward (i.e., Jannah).” (48:29)

“And those who, before them, had homes (in Al-Madinah) and had adopted the faith, – love those who emigrate to them…” (59:9)

Anas bin Malik (may Allaah be pleased with him) reported: The Prophet (sallallaahu ’alayhi wa sallam) said, “There are three qualities whoever has them, will taste the sweetness of Eemaan: To love Allaah and His Messenger (sallallaahu ’alayhi wa sallam) more than anyone else; to love a slave (of Allaah) only for (the sake of) Allaah; and to abhor returning to infidelity after Allaah has saved him from it, as he would abhor to be thrown into the fire (of Hell)”. [Al-Bukhaari and Muslim].

Commentary:
1. In this Hadeeth, the love of Allaah signifies the sweetness of Eemaan.

2. The love of Allaah and His Prophet (sallallaahu ’alayhi wa sallam) is the cornerstone of the faith. When it is said that this love should exceed one’s love for everything else in the universe, it means that what is enjoined by Allaah and His Prophet (sallallaahu ’alayhi wa sallam) must be given preference over everything else, whether it is love for the wife, children, worldly interests, desires or whims. When there is a clash between the two, the former should be given preference over the latter.

Aboo Hurairah (may Allaah be pleased with him) reported: The Prophet (sallallaahu ’alayhi wa sallam) said, “Seven are (the persons) whom Allaah will give Shade of His Thrown on the Day when there would be no shade other than His Throne’s Shade:

This Hadeeth mentions seven types of people whom Almighty Allaah provides special protection or His Throne’s Shade. In some Ahaadeeth this blessing has also been promised for some noble actions over and above those which have been mentioned here. Some `Ulama’ including As-Sakhkhaawi and Al-Haafidh Ibn Hajar [r] have given a list of seventy such actions. Imaam As-Suyuti [r] said: “The (present) Hadeeth mentions only seven qualities to bring into prominence their importance and also the importance of acting upon them’.

Aboo Hurairah (may Allaah be pleased with him) reported: Messenger of Allaah (sallallaahu ’alayhi wa sallam) said, “On the Day of Resurrection, Allaah, the Exalted, will say: `Where are those who have mutual love for the sake of My Glory? Today I shall shelter them in My Shade when there will be no shade except Mine”. [Muslim].

It should be borne in mind that the shade referred to in the Hadeeth is the shade of Allaah’s Throne. Referring to this shade in the Arabic text as the Shade of Allaah, is similar to the `she camel of Allaah,’ the `land of Allaah’ `the house of Allaah’ that are mentioned in the Qur’aan.

378. Aboo Hurairah (may Allaah be pleased with him) reported: Messenger of Allaah (sallallaahu ’alayhi wa sallam) said, “By Him in Whose Hand my soul is! You will not enter Jannah until you believe, and you shall not believe until you love one another. May I inform you of something, if you do, you love each other. Promote greeting amongst you (by saying As-salamu `alaikum to one another)”. [Muslim].

In this Hadeeth, Islaam has been regarded as the medium of mutual love. This is the reason Muslims have been enjoined to greet each other regardless of acquaintance. It does not, however, mean that a Muslim will be a true believer or entitled to Jannah, by mere greeting. What it really means is that his faith will become meaningful only when it is supported by actions. Greeting is an Islamic custom and a practical form and demonstration of it. The combination of faith and its practice will take a Muslim to Jannah.

Aboo Hurairah (may Allaah be pleased with him) reported: The Prophet (sallallaahu ’alayhi wa sallam) said, “A man set out to visit a brother (in faith) in another town and Allaah sent an angel on his way. When the man met the angel, the latter asked him, “Where do you intend to go?” He said, “I intend to visit my brother in this town”. The angel said, “Have you done any favour to him?” He said, “No, I have no desire except to visit him because I love him for the sake of Allaah, the Exalted, and Glorious.” Thereupon the angel said, “I am a messenger to you from Allaah (to inform you) that Allaah loves you as you love him (for His sake)”. [Muslim].

Al-Bara’ bin `Aazib (may Allaah be pleased with them) reported: The Prophet (sallallaahu ’alayhi wa sallam) said about the Ansaar: “Only a believer loves them, and only a hypocrite hates them. Allaah loves him who loves them and Allaah hates him who hates them”. [Al-Bukhaari and Muslim].

The way the Ansaar or Helpers, faithfully served Islaam, Muslims and the Prophet (sallallaahu ’alayhi wa sallam), constitutes not only one of the brightest chapters of Islamic history but also makes them a model of excellent conduct and character. Almighty Allaah rewarded them for their devotion to Islaam with immense love for faith – the love which became a symbol of their faith and love for Allaah. Not only that, because of this devotion of the Ansaar, everyone who entertained jealousy and hatred against them was declared a hypocrite by Allaah. There were two famous tribes, namely Al-Aws and Al-Khazraj in Al-Madeenah. In the pre-Islamic days they were enemies to each other. When they embraced Islaam, they became close brothers. They welcomed the Muhajiroon (the Emigrants) with open arms and rendered every possible assistance to them. For this reason they were named ‘Ansaar’. May Allaah be pleased with them, and they with Him.

Mu`aadh (bin Jabal) (may Allaah be pleased with him) reported: Messenger of Allaah (sallallaahu ’alayhi wa sallam) said, “Allaah, the Exalted, has said: `For those who love one another for the sake of My Glory, there will be seats of light (on the Day of Resurrection), and they will be envied by the Prophets and martyrs”.  [At-Tirmidhi].

This Hadeeth tells us that Allaah will grant an exalted position to such people who love one another for His sake. “They will be envied by the Prophets and martyrs” does not mean that they will be granted a place higher than even the Prophets because the highest position will be granted to the Prophets, as these are the best of Allaah’s creation. These words simply draw our attention to the superiority and the exalted position those who love one another for Allaah’s sake will have on the Day of Resurrection.

Aboo Idrees Al-Khawlaani (may Allaah had mercy upon him) reported: I once entered the Masjid in Damascus. I happened to catch sight of a young man who had bright teeth (i.e., he was always seen smiling). A number of people had gathered around him. When they differed over anything they would refer it to him and act upon his advice. I asked who he was and I was told that he was Mu`aadh bin Jabal (may Allaah be pleased with him) The next day I hastened to the mosque, but found that he had arrived before me and was busy in performing Salaah. I waited until he finished, and then went to him from the front, greeted him with Salaam and said to him, “By Allaah I love you.” He asked, “For the sake of Allaah?” I replied, “Yes, for the sake of Allaah”. He again asked me, “Is it for Allaah’s sake?” I replied, “Yes, it is for Allaah’s sake.” Then he took hold of my cloak, drew me to himself and said, “Rejoice,! I heard Messenger of Allaah (sallallaahu ’alayhi wa sallam) saying, `Allaah, the Exalted, says: My love is due to those who love one another for My sake, meet one another for My sake, visit one another for My sake and spend in charity for My sake”. [Maalik].

Besides the merit of mutual affection, contact and co-operation for the pleasure of Allaah, this Hadeeth tells us that one should disclose one’s affection to him whom one loves. It also tells us that when a person is engaged in worship or daily round of recitation, his visitor should not sit before him so that his concentration is not affected. He should sit behind him and wait till he has finished his prayer. The Hadeeth also teaches us to approach someone from the front so as not to scare him.

Aboo Kareemah Al-Miqdaad bin Madikarib (may Allaah be pleased with him) reported: The Prophet (sallallaahu ’alayhi wa sallam) said, “When a man loves his brother (for Allaah sake) let him tell him that he loves him”. [At-Tirmidhi and Aboo Dawud].

The wisdom behind informing someone that one loves him for the sake of Allaah, is to make him aware of the regard shown to him so that this will turn into mutual affection and will, therefore, promote cooperation with each other.

Mu`aadh bin Jabal (may Allaah be pleased with him) reported: Messenger of Allaah (sallallaahu ’alayhi wa sallam) held my hand and said, “O Mu`aadh, By Allaah, I love you and advise you not to miss supplicating after every Salaah (prayer) saying:

`Allaahumma a`inni `ala dhikrika wa shukrika, wa husni `ibadatika,’
(O Allaah, help me remember You, expressing gratitude to You and worship You in the best manner)”.
[Aboo Dawud and An-Nasa’i].

We learn from this Hadeeth the following:

1. It is commendable to inform those whom one loves for Allaah’s sake, of this love.

3. It is commendable to say this Du’a after each obligatory Salaah.

4. It is commendable to seek Allaah’s Help in order to discharge one’s duties towards Allaah in the best possible manner.

Share
Previous Who is the Fortunate/ Successful/Happy Person? (Audio)
Next Latest Musjid Posters