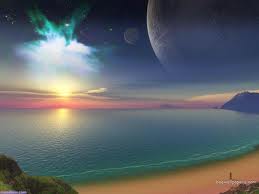 Islaam is a very strong advocate of marriage. We view marriage as the foundation of society, family, and life. This is because through marriage families are established and the family is the fundamental unit of our society. In the Qur’aan and Sunnah, marriage is the only Halaal and legitimate way in indulging in intimacy with the opposite sex. Allah (the Mighty and Glorious) calls marriage {a strong covenant.}

Allah (subhanahu wa ta’ala) says in Surah Room, {And among His Signs is this, that He created for you wives from among yourselves, that you may find repose in them, and He has put between you affection and mercy.}

Mawaddah is interpreted by Ibn Abbas, Ibn Katheer, and others to mean Mahabbah, the Arabic word for Love. Now, why is love mentioned before mercy? The need of love in its general meaning is vital for the continuation of a marital life. When couples first get married, they’re constantly on the phone with each other at work. A few months later, they’re talking every few hours. A few months, they call each other once a day. Sometimes, they stop calling each other altogether! Does that mean their love has disappeared? No, because the initial passionate love transitioned and evolved into Rahmah, or mercy.

There are twenty things that one should keep in mind to increase love:

1.Patience. The most important and crucial thing is to have patience in the family. As a marriage counselor, I notice that the most divorces happen in the first year. There is no patience; one woman wanted to actually divorce her husband because he snored too much.

2.Exchanging Gifts. It really truly to increase love, as reported by the Prophet when he said, “Give gifts to each other, as this will make you love one another.” (Narrated by al-Muslim). Give flowers or at least a smile to your spouse. But don’t make the following mistake: one brother in Toronto told me that he brought his wives flowers and then said,

“Here are some flowers just for you. They were on sale!”

3.Allocate time to sit and talk with each other. We have very busy schedules, but we need to make the time to sit with our spouses instead of watching television.

4.Warm Greetings. Give the Salaam as soon as you enter home. The Prophet used to say, once entering the home, “Assalamu Alaikum. How are you?” (Any language – could even be ‘Kyaa haal he?’). The Prophet said, as reported in Sahih Bukhari, “You will not enter the Garden until you believe and you will not believe until you love one another.  Shall I show you something that make you love one another?’ They said, ‘Yes, Messenger of Allah’. The Prophet said, ‘Spread the greeting among yourselves”.

The best would be if it is coupled with a hug. Psychologists say that for a woman to truly feel secure, she must be touched at least thirty times per day!

5.Praise Each Other. “I’m so happy and blessed to have you as my husband!”, etc.

7.Pamper each other. Cherish each other. A man also needs some little pampering too. Tell one another, “You look so beautiful today. This ‘Itr makes you smell so good. I didn’t like this dress before, but when you put it on, it looks very beautiful!” etc.

8.Chores. Participate in the chores at home together.

9.Charity. Say a kind word or at least give him a smile. But make sure to do it with wisdom: once a farmer had a donkey that had passed away. The wife said,

Once, Ibn Abbas was combing his hair before meeting his wife and was asked by others for the proof of this. SubhaanAllah, Ibn Abbas was given a true understanding of the Qur’aan and demonstrated this when he uttered the verses from Surat an-Nisaa’, {And they (women) have rights (over their husbands as regards living expenses, etc.) similar (to those of their husbands) over them (as regards obedience and respect, etc.) to what is reasonable.}

10.Spend some time out together. Just go out with your spouse and spend some time with each other, like eating out at a restaurant.

11.Peaceful Gathering. Sit down with your kids in a circle and talk to them instead of sitting on the couch and watching television.

12.Show your support and care. Be there for your spouse especially if he/she is sick.

13.Break the routine. Does this mean that when everything is beautiful, we break into arguments and fights? No, that’s not what this means. Rather, it is when the routine gets dull. To stop this, surprise your husband when he comes home. He opens his drawer and sees flowers. She opens her drawers and finds a love note. When things would get dull, some of the Ahlus-Salaf (pious predecessors) would go away for three days. During this time, the wives would start missing them and then they would return.

14.Be honest. Don’t hide your feelings. Talk about your problems, but not in front of your children. Problems and these small little ups and downs are like spice to the marriage. It is related that ‘Aa’ishah (may Allah be pleased with her) said, “The Messenger of Allah, may Allah bless him and grant him peace, said to me, ‘I know when you are pleased with me and when you are angry with me.’ I asked, ‘How do you recognize that?’ He said, ‘When you are angry with me, you say, “No, by the Lord of Ibrahim.” I said, ‘Yes, by Allah, Messenger of Allah. I only leave your name.’

For the sisters, don’t just pick up the phone and call your parents on every small thing. Try to work it out first. If not, then have someone you trust as the mediator. If that doesn’t work, then the very very last resort is to engage your parents.

15.Call each other with the most beautiful names. The Prophet used to call ‘Aa’ishah (may Allah be pleased with her), “Ya Aa’ish and Ya Humayrah (the one with rosy cheeks)”. If your husband likes to be called honey, call him honey. Vinegar? Then call him Vinegar!

16.Don’t talk about your problems when going in bed. The problem with many women is that they bring in the bills and begin complaining at this time. That shouldn’t be the case because the bedroom is a place for relaxation. The most investments made in the relationship by way of love, shouldn’t be at the living room because we don’t receive daily guest, but they should rather be in the bedroom because we spend so many hours in there.

17.Thank each other. This is different than praising each other. For example, “You work so hard. BarakAllahu Feek.”

18.Apologize after making a mistake. If you make a mistake, then just say sorry and, “I really didn’t mean it.”

20.Don’t be stubborn. Be his slave and he will be your slave. Be his sky and he will be your earth. The Prophet (peace be upon him) told the his Companions, “Don’t you want me to tell you about a woman of Jannah? It’s a woman whose man has transgressed her and she cried, and before going to sleep, she went to him. She held his hand and said, “I will not go to sleep until you are pleased with me.’ This woman is from the women of Jannah.”

21.Aboo Sa’eed al-Khudri reported that the Prophet (peace be upon him) said, “The men have rights over the women. Even if the man had a wound and the wife, in order to prevent the man from feeling pain, licked the wound, she would still not be fulfilling the man’s right”. The same holds also true for the man: he must also treat his wife with love and respect.

If you can put these twenty things that increase love into practice, then you will find your marital life to be fruitful, joyful and full of love. If you’re not married, then get ready to put these tips into practice!

Share
Previous Where are all the BMWs and Mercs gone ?
Next Master anger and enter Paradise!

http://uswatulmuslimah.co.za/ A few months back, the media carried the story of a ‘Muslim’ woman who …