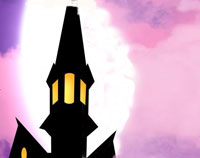 Ever heard of “Mind over Matter”? Wondered what it’s all about?

The following incident, extracted and summarized from “The New Scientist” of May 2009, sheds some light on the matter.

Late one night in a small Alabama cemetery, Vance Vanders bumped into a witch doctor who shoved a bottle of unpleasant-smelling liquid under his nose and told him he was about to die and no one could save him.

Once back home, Vanders felt ill and his condition soon began to deteriorate. Some weeks later, extremely thin and near death, he was admitted to the hospital where doctors were unable to treat him as they could not find a cause for his symptoms. Only then did his wife tell one of the doctors, Drayton Doherty, of the incident with the witch doctor.

Doherty thought long and hard. The next morning, he called Vanders’s family to his bedside. He told them that he had, the previous night, confronted the witch doctor and somehow got him to explain how the curse worked. The medicine man had, he said, rubbed lizard eggs into Vanders’s stomach which had hatched inside his body. One lizard remained which was eating Vanders from the inside out.

Doherty then called for a nurse who had, according to his instruction, filled a large syringe with a powerful emetic (medicine that causes vomiting). He made a great show of inspecting the instrument and then injected its contents into Vanders’ arm. A few minutes later, Vanders began to vomit uncontrollably. In the midst of it all, unnoticed by everyone in the room, Doherty produced a green lizard he had stashed in his black bag. “Look what has come out of you Vance!” he cried. “The voodoo curse is lifted!”

Vanders was shocked. He stumbled back to the bed and drifted into a deep sleep. When he awoke the next day, he was alert and had regained his appetite. He rapidly recovered his strength and was discharged a week later.

The facts of this case, from 80 years ago, were corroborated by four medical professionals. (end of extract)

This incident reflects the incredible power with which Allah Ta‘ala has blessed the human mind. When the mind is convinced that something has transpired, its power causes even the physical body to behave accordingly. It is therefore absolutely essential for us to always remain positive in our thinking.

Mujaahid (rahimahullah) once complained to ‘Abdullah bin ‘Abbaas (radhiyallahu ‘anhuma) of seeing jinn and demons that would scare him. Ibnu ‘Abbaas (radhiyallahu ‘anhuma) conditioned his mind with just a few words: “Don’t be afraid of them for they are also afraid of you. You don’t be the coward.” This pep talk gave Mujaahid (rahimahullah) the courage he needed and armed him with the weapon of positive thinking. This empowered him to such an extent that the next time the jinn showed up, he attacked it with a stick until he actually heard it hit the ground! (Musannaf Ibni Abi Shaibah #24069)

If we entertain the belief that we have a jinn-related problem, our bodies will react and behave as if we really do – even if the reality is that we don’t. Similarly, by dwelling on and allowing our minds to be caught up in conspiracy theories related to “Dajjaal and his agents ruling the world”, “The Freemasons”, “The Illuminati” and the like; we will ourselves be paving the way to our mental defeat after which we will feel nothing but helplessness and depression. We will refuse to accept responsibility for our actions, choosing to instead blame everything on the jaadoo which is apparently everywhere around us. While a small percentage of cases may be reality, most of the time it is just ‘mind over matter’.

The harms caused by this mindset are serious enough. But even worse is the fact that this way of thinking clashes directly with the teachings of Rasulullah (sallallahu ‘alaihi wasallam).

A Sahaabi of Rasulullah (sallallahu ‘alaihi wasallam) was once riding on an animal seated behind Rasulullah (sallallahu ‘alaihi wasallam) when the animal stumbled. As it stumbled he uttered, “May Shaitaan be wretched and destroyed!” Rasulullah (sallallahu ‘alaihi wasallam) immediately corrected him saying, “No! Do not say ‘May Shaitaan be wretched and destroyed’ for when you say that (and show him importance), he continues to swell (out of arrogance and pride) until he becomes the size of a house and he says ‘because of MY power!’ You should rather say ‘Bismillah’ for when you say that (ignoring Shaitaan and showing importance to Allah Ta‘ala), he continues to shrink until he is the size of a fly.” (Sunan Abi Dawood #4982)

If Rasulullah (sallallahu ‘alaihi wasallam) could not tolerate the mere stumbling of a horse being attributed to Shaitaan, would he be happy with us attributing any and every random world event to Shaitaan?

By giving Shaitaan – the attention seeker – the attention he craves, we are actually pleasing him and displeasing Rasulullah (sallallahu ‘alaihi wasallam), as it was his instruction to turn our focus to Allah Ta‘ala.

A lover has eyes for his beloved alone. Is Allah Ta‘ala our beloved or Shaitaan? If the answer is Allah Ta‘ala, let us turn all our focus and attention to Him alone.

Share
Previous Buying airtime on credit at a higher price
Next LONELINESS: THE PARADOX OF THE MODERN WORLD