Money kept in trust and was thereafter stolen

What is the ruling in the following case? May Allah reward you.

But Bakar is insured and the insurance has paid him out for all that was stolen. Now Bakar wants to pay Zaid from the insurance monies he received, for the loss Zaid sustained. Is it permissible for Zaid to accept this money?

It is understood from the contents of the query that Bakr had taken considerable measures to protect the money and valuables of Zaid.

If this is the reality, Bakr will not be responsible for the valuables of Zaid.

With regards to Zaid’s money, the ruling is as follows:

If the money of Zaid and Bakr were put together in such a way that it was difficult to discern which sum of money belonged to who and Bakr had did this without the permission of Zaid, this will constitute negligence on Bakrs part and he will be responsible.

If Zaid had granted Bakr permission to mix the money up with his, or it is the norm to do so, Bakr will not be responsible.

If Bakr had kept the money in such a manner that it was possible to discern who owns which sum of money without difficulty, he will not be responsible. (Raddul Muhtaar, Ahsanul Fatawa, Vol: 7, Pg: 251)

Share
Previous Amaanat
Next Can a Muslim do designing for a liquor store or nightclub? 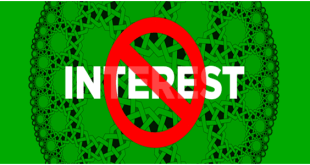 Why is Riba – Interest/Usury Prohibited in Islam?

Do I have to own an asset for a whole year before paying Zakaat?