Moulding the Mothers of Tomorrow 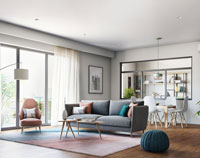 Have we ever considered what it takes to produce a heart surgeon – a person who is capable of opening the chest of a living person and operating on a still-beating heart, while aware that one slip of the scalpel could be the difference between life and death? Obviously, it takes A LOT.

Nevertheless, while a cardiac surgeon’s work is very delicate, as the risk of physical harm and injury is very high, there is another ‘professional’ whose ‘job’ is equally – if not more – delicate. In fact, while the patient remains under the surgeon’s blade for only a few hours, these ‘patients’ remain in the care of the ‘doctor’ for years and years.

We are, of course, referring to the ‘career’ and ‘profession’ of marriage and motherhood.

When a woman gets married and enters the home of her husband, she assumes the role of responsibility for running the home. She becomes the centre cog around which all the other wheels of the house turn and revolve – especially her children. Due to her dedicated effort, the house remains clean and tidy, regular, delicious, wholesome meals are eaten, and clean laundry and many similar benefits are enjoyed.

Apart from caring for the household and attending to their physical needs, the mother, at every moment, fulfils the social and emotional needs of her family. She interacts with her husband and children, as well as his family, the neighbours, etc., while conducting herself with good character. This provides the children with emotional security, and the husband with mental ease, allowing them to all be productive and prosper in their individual efforts.

Furthermore, in regard to her children, then she keeps them under her watchful gaze which is sharper than the surgeon’s scalpel. As soon as she notices some issue requiring attention, she immediately intervenes and corrects the child, using love, compassion, wisdom and tactics to achieve the desired results. She understands that the upbringing of the child is a responsibility that requires constant attention, as a child can imbibe an evil habit in a mere moment where he is unsupervised.

In essence, it is as though she holds the children’s hearts in her hands, moulding them and instilling the correct values and qualities in them.

Hence, when the woman is such a central figure in the home, then if there is a breakdown in her life, we can well imagine the domino effect it will produce on the rest of the household. In fact, it will not be far-fetched to say that in most cases, the entire house will suffer a breakdown and fall apart!

For instance, if she becomes severely sick and bedridden, then (with the father needing to go out and work) there may be no one to bath the children, feed them and attend to their other needs. Even the father himself will feel the strain and will find himself lost without the support of his wife. However, more devastating than the impact on their physical needs will be the emotional harm and neglect they will suffer as a result of being starved of their mother’s attention, affection and care.

Now, having understood the deep, profound effect the woman has on the household, and how the wellbeing of the household, and successful future of the children, depend on her, and how her responsibility is constant, then we should ask ourselves what it takes to produce such a valuable, productive member of society. Obviously – it should take A LOT.

However, the question is, “Are we are providing the required ‘training’, ‘know-how’ and ‘expertise’ to the spouses and mothers of tomorrow?”

In the past, due to the parents placing emphasis on such aspects, when a girl turned sixteen years of age, then in many cases, she was already proficient in running a home and caring for children. For example, she was able to cook, feed, and entertain guests with ease, while single-handedly attending to the children and all the housework. She would be able to maintain a perfect balance between fulfilling the rights of her children, husband, in-laws, parents and all the other people in her life, together with fulfilling the rights of Allah Ta‘ala.

Her mother would draw from her own mother’s teachings, and from her own life experiences, and would teach her the ‘timeless’ rules pertaining to raising children, as well as the correct etiquette, diplomacy and tact to be adopted with her mother in-law, sisters-in-law, seniors, etc. in order to fulfil every person’s rights while also avoiding quarrels, controversies and trouble.

Unfortunately, in today’s times, insufficient attention and importance is given to this aspect of upbringing. As a result, many girls enter their marriages not knowing how to conduct with their husbands appropriately, raise children correctly, run a home efficiently and interact with in-laws respectfully. Is it then any surprise that so many children in society are becoming dysfunctional delinquents, and so many marriages are ending in a divorce?

One of the greatest gifts that any parent can give their daughter is the gift of an upbringing that will equip her for her life as a mother ahead. Training her for motherhood and her marriage is training her to build a home and raise children that will provide her with shelter, comfort and happiness for the rest of her life and after her demise as well. Let us not throw our daughters into the deep end and hope that they learn to swim before they sink and drown – along with their children.

Every Man for Everyone

I had a long conversation with an older relative, a loosely-practicing Muslim gentleman in …