Children love stories, and good stories have valuable lessons in them. Thus a very easy way to instil morals and values in our children is through story-telling. 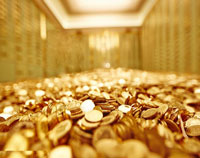 Mothers often hear their children saying, “Mummy! I am bored.” This complaint generally increases during the holiday period. The solution to this problem is to instil the value of time in their minds.

Pose the following question to your child:

Imagine that you were taken to a room which was full of gold coins. Each gold coin was worth a million rands. You were told that you have only ten seconds to pick up as many gold coins as you can. Will you ever say that ten seconds is such a long time and you will get bored?

It is obvious he will value every second in picking up as many gold coins as he possibly can! As mothers we need to remind our children that our life in this world, as compared to the everlasting Hereafter, is not even ten seconds. So how can we possibly get bored in picking up good deeds for the Hereafter, which are more valuable than the entire world filled with gold coins?

Thereafter mention to one’s children how Imaam Jurjaani (rahimahullah) left out eating bread for forty years. He used to swallow flour instead. The reason for doing this was that he had compared the time it took to chew bread and the time it took to swallow the flour. He found that a person could recite “subhaanallah” seventy times in the extra time it took to chew bread, which is equal to about seventy seconds (Hilyatul Awliyaa, vol. 10, pg. 113). These pious servants had such value for time that they were prepared to sacrifice their basic needs, in order to prepare for the Hereafter. On the contrary, since we have nowadays forgotten the Hereafter, we have thus lost the value of time and hence complain that we are bored.

Extra food can be stored in a fridge and eaten tomorrow. Extra money can be kept in the safe and spent tomorrow. But extra time cannot be saved and used tomorrow. Time that has passed has become the past, never to be seen in the future. We need to value every second and turn our holidays into holy days. 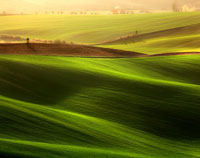 We need to be creative and constructive. We need to keep ourselves occupied in useful activities and our minds need to be engaged in profitable thoughts. We cannot allow ourselves to simply remain idle, as this becomes the fertile field for many ills to breed in our lives.

The idle mind begins to run into the dusty memories of the past and dig up nasty experiences. People’s actions and words are further scanned and scrutinised and are inevitably misread and misinterpreted. These ill-thoughts mature into ill-feelings, which in turn rekindle forgotten hatred. This hatred which is now hidden in the crevices of our hearts, stealthily seeks opportunities to unmask itself in words and actions. It ultimately destroys all peace of mind and tranquillity of heart. Therefore, we cannot afford to sit idle at the risk of losing all the good that we are presently enjoying. Let us strive to occupy ourselves with good, so that goodness occupies our lives.

Maryam AS – Mother of Jesus (ESA) Peace be upon Him

Cii Radio The Noble Qur’an tells us the story of Prophet  Isa (alayhi salaam. He …