Do we REALLY Care? 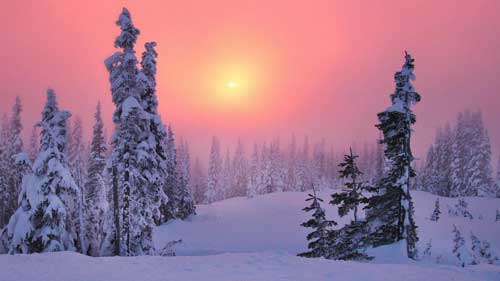 It was winter and a very bitter one after many years. It was not a sight that I wished for. A severe blizzard was striking up outside and I needed to take out the garbage before the garbage truck could pull up.

As I stepped out, I noticed in the distance the figure of a poor homeless woman clutching on to her baby, with nobody to take care of her. She was standing all alone at the traffic light waiting for some handout or a good-Samaritan to assist her with some shelter.

Devastated and intrigued by her plight in the severe blizzard, I decided to brave the extreme weather conditions and attend to her. As I drew closer, I found that her clothing was tattered and torn, her hands were covered with sores and her cute little baby’s face was marred with scars of what looked like a dog-attack.

My heart bled and I choked over my saliva on seeing this pitiful and pathetic sight.

But my amazement knew no bounds when on closer inspection, I found that she had beside her a suitcase, that was presumably, filled with banknotes. Nay, but now it lay half empty, thanks to the unscrupulous passersby who helped themselves to their “share of the pie”.

Quite interesting though, was that this seemingly homeless woman apparently did not realise that she could have afforded herself a comfortable home, sumptuous meals and the best of clothing with the suitcase of money that she had beside herself. She was unaware of the value of the wealth she had in her possession and thus allowed herself to fall so low and attract the sympathy of others. It was indeed a misfortune … that she had earned for herself.

Indeed a real pitiful sight, but a point of reflection for each one of us.

This is exactly the example of the Ummah (nation) of the greatest of all Ambiyaa, Nabi Muhammad (sallallahu ‘alaihi wasallam): an Ummah whose present condition has led to this dreadful crisis. Indeed, an Ummah which possesses all the resources to haul it out from this depressing and demoralising “pit”. In the words of our beloved master, Rasulullah (sallallahu ‘alaihi wasallam), this Ummah is like a single body. If the eye has a problem then the rest of the body is affected. If the head aches, then, the rest of the body also suffers the pain. (Saheeh Muslim #6589)

The Ummah’s “hand” of Syria is being mercilessly butchered; the Ummah’s “head” of Palestine is being bombarded with drones, the Ummah’s “leg” of Egypt is being ruthlessly trampled and the list goes on and on.

Aha, the pertinent question is, is the rest of the body merely looking on, feeling the pain and wailing, or is it searching for the valuable resources that we have been bestowed with, in order to disentangle ourselves from this severe dilemma.

To an onlooker it would appear as though the rest of the body is totally ignorant about the valuable resources it possesses. Certainly, those with vision and foresight can clearly “see” that we have wretchedly opted to be like the homeless woman. To that onlooker, we undoubtedly cut a depressing sight … waiting for a benevolent individual to grudgingly offer his/her hand of help.

As Muslims, our beloved Master (sallallahu ‘alaihi wasallam) has beautifully explained to his Ummah:

“The one who constantly seeks the forgiveness of Allah Ta‘ala, Allah Ta‘ala in turn will make an exit for him from every constraining circumstance, bring about relief for each of his worries and bless him with sustenance and provisions from sources unknown to him.” (Sunan Abi Dawood #1518)

At the end of the day, this is the ultimate solution to the Ummah’s disastrous catastrophe … the constant begging of forgiveness from Allah Ta‘ala.

However, success will be achieved when a collective effort is undertaken towards reformation. Allah Ta‘ala emphatically declares:

“Repent to Allah Ta‘ala collectively O believers so that you may be successful.” (Surah Noor v31)

Be that as it may, the Ummah is undeniably in a crisis … but the “rope of hope” is permanently suspended for us to latch on to.

It is thus superfluous that when we have the solutions and resources at our disposal to overcome the calamity, that we still seek guidance and direction from strangers. The strangers guidance will certainly be strange – packaged with life-styles, practices and cultures which are alien and destructive to the noble way of life … al-Islam.

Lamentably though, we have lost our direction in our journey of life. Though the needle of our life-compass faces in the direction of the first martyr in Islam, Sumayyah (radhiyallahu ‘anha), who sacrificed her life for the sake of our noble deen; the Queen of Jannah, Faatimah (radhiyallahu ‘anha), who on account of her modesty and shame could not even approach her father due to the men seated around him; and the sage of her time, Raabi‘ah Basriyyah (rahimahallah) who dedicated her life to the worship of Allah Ta‘ala, unfortunately, the pendulum has swung and we have now turned in the total opposite direction.

What we have failed to realise is that WE are an integral component of the global Ummah, and it is our actions, that play the most important rolein the changing of events and the conditions being decided by our Maker and Creator, Allah Ta‘ala.

It boils down to the simple question:

“ … do we really have the concern of the Ummah at heart, or not?”

If the answer is in the positive, then an in-depth introspection of our daily lives is imperative.  We will have to gauge our every action against the yardstick of the glorious women of the past and then ask ourselves:

Would they have allowed their daughters to appear in tight tops and skinny three quarter jeans before strange men and casually talk to them?

What would have been their reaction if they were informed that one of their “daughters” was circulating pictures of herself in scanty clothing to the rest of the neighbourhood?

Would these Islamic-trend setting women have covered themselves with alluring perfumes when emerging from their homes?

Just imagine their response if they were to come across one of their friends spending hours reading fictitious enthralling series of girls’ outrageouspre-marital flirting relationships, or gripping and obscene revelations of a super-rich girl’s life considering it as the ideal “Islamic substitute” for novels and romance books.

I am pretty sure that these great illustrious role-models’ only replies (in our lingo) would be:

“No ways! How is this ever going to happen?”

“Oh my word! What are they really doing?”

These are just a few actions which only form the tip of the iceberg in the ever-increasing list of deeds during the Ummah’s deepening crisis which display the Ummah’s unfamiliarity with the great resources it has at its disposal. Additionally, it also reveals a frightening sense of complacency with the prevailing tsunamis of devastation and destruction pounding the Ummah.

It’s about time that we realistically inspect the condition of our lives and follow the direction shown to us by our “life-compass”.

But before doing so, the very first step would be detoxification (detox) and cleansing ourselves from the filth that has accumulated via the sins and evil that we commit. On a serious and sombre note, the obnoxious and detestable company that we keep and the immoral fantasies that we entertain, will all have to be cast into the incinerator … for total demolition.

Thus, the great and urgent need for taubah and istighfaar … and not any kind of taubah … but one with a deep sense of remorse and regret and a painful heart.

Anger is a misunderstood emotion; it is what you do with it that matters. It …