Home | *Inspiration | Qurbani and the Battlefield of Faith!

Qurbani and the Battlefield of Faith!

Ebrahim Alayhimus Salaam abandoned his life of solitude to confront a world steeped in tyranny and rebellion against Allah. He boldly challenged the icons of power and openly denounced falsehood, which pitted him in a grim struggle against the barons of deceit, disbelief, evil, and injustice. He was ostracized by his father, banished from his homeland, flung into the fire on Nimrood and physically threatened for raising the banner of truth.

At every stage during this long and heart-rending struggle between truth and falsehood, Hazrat Ebrahim Alayhimus Salaam displayed the fortitude of a devoted and obedient slave of Allah who braved the unending flow of oppression and terror. He became a stranger within his own home, a refugee in his own country, and a dissident within the religious elite.

Nabi Sallallaahu Alayhi Wasallam has stated: “Islam began in a strange manner, and it will revert to become strange again, so glad tidings to the Strangers.”

Islam began against a background of shirk, superstition, violence, immorality and oppression. The teachings and value system of Islam seemed unnatural, queer, incompatible, dogmatic, and bizarre within the given social, political and economic context. Those who embraced the teachings of Islam were thus viewed as strangers and had to pay a heavy price to maintain their identity and preserve their faith. The Holy Prophet Sallallaahu Alayhi Wasallam has prophesized that Islam and Muslims would be once again subjected to the same kind of treatment. Muslims will be treated with contempt, viewed as strangers and misfits within the global context of emerging values. Muslims will once again have to experiences Badr, Uhud, Hunayn and Tabuk. They will once again have to contend with the likes of Abu Jahl, Abu Lahab, the hypocrites, and the Jews.

Afghanistan, Palestine, Iraq, Yemen, Sudan, and Kashmir are but a prelude to this global onslaught against Islam and the Muslims. How often have we heard Bush saying: “either you with us or against us.” Coupled to this demand of joining the unholy alliance is the image portrayed of Muslims as blood thirsty, trigger happy, bearded fanatics ready to kill every infidel. Muslims are going to become increasingly unsure of their past and uncertain of their future. The very values and teachings of the Qur’an are going to be questioned, ridiculed and labeled as fanatical, fundamentalist dogma. Allah Ta’aala Says, “You shall certainly be tried and tested in your persons and possessions, and indeed you shall hear many hurtful things from those to whom revelation was granted before your time, as well as from those who have come to ascribe divinity to other beings besides Allah. But if you remain patient in adversity and conscious of Him – this behold is from fortitude.”

Qurbani is not a cold ritual based on an ancient medieval fable. It is an affirmation of total submission to the commands of Allah. The true spirit of Qurbani demands that you align yourself with the “Strangers,” embrace the Deen whole-heartedly even if it is at the cost of your very physical existence. Qurbani is an unwavering commitment to the following verse, “Truly my prayer, my sacrifice, my life and death, are all for Allah, the Rabb of the Worlds.”

It is not possible, to appreciate the spirit of Qurbani without ever stepping into the battlefield of faith, without suffering, without passing through any stage of the struggle, without feeling pain and anguish. Allah Ta’aala says, “We will certainly test you with instances of fear, hunger, a decrease in wealth, loss of lives and the fruits (of your toil)”.” Nabi Sallallaahu Alayhi Wasallam has said, “The Ambiyaa were subject to the greatest of trails, thereafter those who are closest to them, thereafter those who are closest to them”.

We need to reaffirm our commitment, revitalize our Imaan, and understand that this Day is a grim reminder that life is a journey of trails and hardships in which Muslims are going to be treated like social lepers, that Islam is going to be subject to derision and ridicule. Glad tidings to the “Strangers” who find refuge in Allah and His Nabi Sallallaahu Alayhi Wasallam!

Share
Previous Don’t ask “What”? Ask “Why? (Part Two of Two)
Next 50 Laws pertaining to hajj 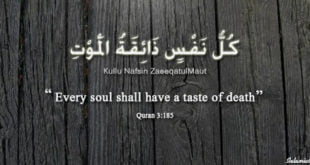 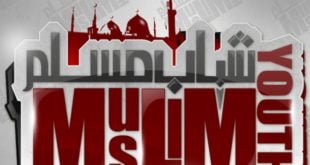 Ten Important Advices For The Youth 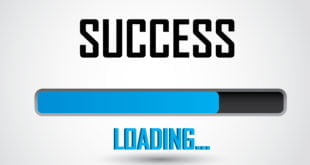 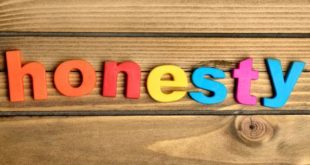