Rabi’ul-Awwal is the most significant month in the Islamic history, because humanity has been blessed in this month by the birth of the Holy Prophet Muhammad, Sall-Allahu alayhi wa sallam. Before the birth of the Holy Prophet, Sall-Allahu alayhi wa sallam, not only the Arabian peninsula, but also the so-called civilized nations of Rome and Persia were drowned in the darkness of ignorance, superstitions, oppression and unrest. The Holy Prophet, Sall-Allahu alayhi wa sallam, came with the eternal truth of Tawhid (Oneness of Allah), the only faith which provides a firm basis for the real concepts of knowledge, equity and peace. It was this faith which delivered humanity from ignorance and superstitions and spread the light of true knowledge all over the world.

The month of Rabiul-Awwal is known to one and all as being the month in which Rasulullah (Sallallahu Alaihi Wasallam) was born. With the onset of Rabiul-Awwal, programmes and functions to commemorate the noble birth abound. These programmes and functions stem from the love for Rasulullah (Sallallahu Alaihi Wasallam). However, let us examine these programmes from another perspective.

The Ummah of every Messenger of Allah Ta’ala passed through two stages. The first was that period of time when the Ummah was living a life in total accordance to the teachings of their Nabi (Alaihis Salaam). Every action displayed their love and devotion for their Nabi (Alaihis Salaam). Hence they had no need to fix any special occasions wherein this love could be expressed.

The next stage came when the Ummah had abandoned the practical example of their Guide and Prophet. Instead they had adopted a way of life which had little or no resemblance to the way of the Prophet (Alaihis Salaam). Nevertheless, the love for their prophet still existed in their hearts to some degree but there was no practical expression of this love. As a result they began to observe certain special occasions in which this love could be expressed.

Therefore the only solution is to practically adopt the Sunnah totally and express the true love for Rasulullah (Sallallahu Alaihi Wasallam) in every action of our lives every single day and every single moment , not only on special occasions.

“We have come to liberate mankind from the worship of mankind to the worship of the Rabb of mankind; from the oppression of “isms” (religions) to the justice of Islam; from the constraints of the world to the vastness of the Aakhiraa (Hereafter)”. (The words of Rib’ee bin AamirRadhiyallaahu Anhu when he presented himself in the court of Rustam, the Persian king)

The 27th of April marks a special day in the history of South Africa. Freedom day is the day set aside to celebrate the “liberation” of our country from the shackles and bridles of an oppressive and suppressive apartheid regime. Naturally, it is the struggles of our countrymen that we commemorate and laud. These stalwarts have been proudly recorded in the annals of South African history and have left an indelible impression in changing the political landscape of our country by their gallant and heroic sacrifices in “freeing” this country.

From time to time many people are remembered for their efforts to eradicate unjust and oppressive man-made laws. Whilst this is in place we ask ourselves, “Can the world forget that personality whose struggles changed the face of the world?”

The month of Rabi-ul-Awwal marks the birth of Nabi Sallallaahu Alayhi Wa Sallam, the last and final prophet of Allah Ta’ala. A personality whose struggles and sacrifices, against every odd, were aimed at liberating and freeing not just a people, nor a nation, but instead humanity at large. What we allude to here is the monumental struggle, spanning 23 years of this impressive life in liberating humankind from the yokes and fetters of the constraints and oppressions of life itself. It is only in this regard that we afford the final prophet of Islam the appellation of “The greatest Saviour & Benefactor of mankind”.

Allah Ta’ala aptly reminds us in the Qur’aanul Kareem of His magnanimous favour in sending Nabi Sallallaahu Alayhi Wa Sallam to mankind where He says:

“Indeed Allah had conferred a great favour on the believers when He sent among them a messenger from amongst themselves” (Sura Ale Imraan, verse 164).

When Allah Ta’ala created this world with all its resources and adornments He did not cite this as a favour upon mankind and nor did He cite as a favour upon mankind when He created mankind as His masterpiece and endowed him with the various faculties of intelligence, sight, perception etc. However, Allah Ta’ala deemed appropriate to remind mankind of His favour when He deputed Nabi Sallallaahu Alayhi Wa Sallam to mankind. The reason behind this was that mankind was now conferred with a favour that would transform and change his very being and return to him his nobility, dignity and honour in the sight of his creator. Thus this reminder.

This favour will only be realized and regarded as a favour when one views the advent of Nabi Sallallaahu Alayhi Wa Sallam using the prevalent conditions of the time as a backdrop.

The advent of Nabi Sallallaahu Alayhi Wa Sallam occurred at a time when mankind had plunged themselves into the very abysses and dungeons of deprivation and degeneration. It is a hard-proven fact that this was the darkest era that had ever engulfed mankind and therefore it was rightfully tagged the “Days of Ignorance” or Ayaamul-Jaahiliyaa. It was the mission of Nabi Sallallaahu Alayhi Wa Sallam to eradicate this darkness and usher mankind into the light of freedom and liberation. For 23 long and hard years this mission continued unabated. Its end result was that mankind was now free, liberated and most noteworthy became not just beacons of light, but light themselves. This fact is attested to in the Qur’aanul Kareem when Allah Ta’ala says:

It was only this struggle that brought about or gave birth to the glorious and golden era of Islam. An era that is well recorded in the annals of Islamic history as an era wherein mankind was nobly freed and liberated.

Before concluding we ask ourselves, “Could there ever be a struggle more noble and laudable than one that taught mankind life and living according to the dictates of their creator?

Could there be another personality more lauded and celebrated than the one who changed and transformed the moral landscape of humankind?

It is only when the world views this struggle in its correct light and applies its teachings we would confidently say that mankind has attained true freedom and liberation!

Let every Muslim make it his duty to introduce this great personality to the world! 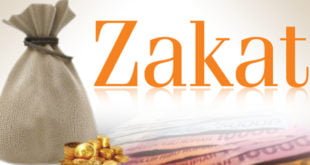 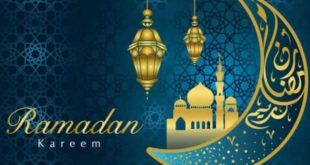 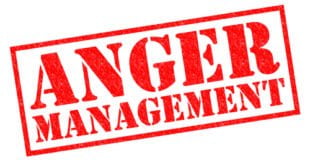 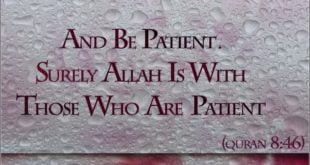 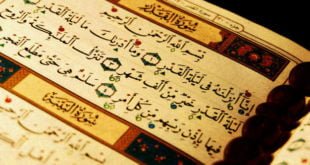