Home | *Blog | Raise not the Niqaab 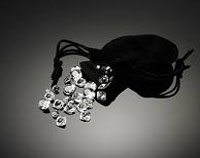 We would go to Hafsah bintu Seereen (rahimahallah) (to learn hadeeth). Whenever we would go to her, she would use her jilbaab to cover her face as a niqaab. We once said to her, “May Allah Ta‘ala have mercy on you! Allah Ta‘ala has mentioned in the Quraan Majeed:

And the elderly women who are past the prospect of marriage, there is no blame on them if they lay aside their (outer) garments, provided they do not make a display of their beauty. (Surah Noor v60)

Hafsah bintu Seereen (rahimahallah) immediately asked, “What does the Quraan Majeed mention after that?” We recited:

but it is best for them to be modest

1. There were a select few women among the Sahaabah (radhiyallahu ‘anhum) and Taabi‘een (rahimahumullah), whom Allah Ta‘ala had blessed with the knowledge of ahaadeeth. Due to the necessity for this knowledge of Deen to be preserved and transmitted to the Ummah, it was necessary for people to take the ahaadeeth from these women. However, as we see in the above incident, even when these women were well into the advanced stages of their life, due to which there could have been no fear of fitnah, they still ensured that they adhered strictly to the laws of hijaab and niqaab. They did not compromise, in any way, on the standards outlined by Deen. This is in stark contrast to some of the female ‘scholars’ of today who unashamedly sit on a stage in the company of strange men, attractively dressed and adorned in make-up, displaying herself to not only those present but to the entire world via the television. If we wish to acquire hadeeth and the knowledge of Deen, which is the legacy of Rasulullah (sallallahu ‘alaihi wasallam), then let us show it the due respect it deserves.

2. A person who is truly pious will never become complacent or allow himself to be lulled into a false sense of security regarding his carnal self. Rather, he will always view his carnal self with suspicion and remain on guard and vigilant. Hafsah bintu Seereen (rahimahallah), as old as she was and as pious as she was, did not remove her niqaab and say, “My heart is clean. I don’t feel anything.” This is the indication of true piety – uncompromising commitment to the sharee‘ah.

The Punishment for Disobedience to Parents is Meted out Without Delay