Home | *Motherhood | “Rather Safe than Sorry”

“Rather Safe than Sorry” 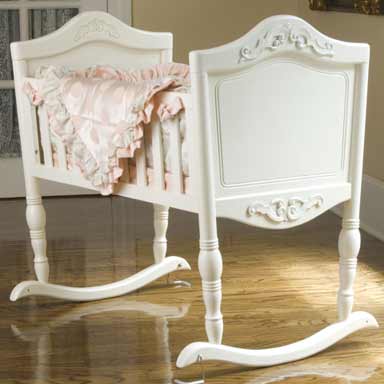 It’s the first day in the life of baby Aamir and he is wheeled into the maternity ward to be met by his over joyous mum. It is her first child and she is bounding with delight. She holds him to her chest, cuddles and plays with him, admiring his petite figure, delicate fingers, cute little toes and reddish complexion. Suddenly there is a knock on the door and in comes the sister. She advises the first-time, nervous, yet excited mother regarding the need for immunising her bundle of joy … though debateable among medical researchers and conservatives. Although upset by the disturbance, with the future of her child’s health in mind, she consents and baby Aamir is immunised against polio, and in the weeks and months to come he is immunised for measles, mumps and rubella.

Many of the oldies would be reminiscing the good old days when holidays were spent with all the cousins at Nanima’s or Dadima’s house … and on one morning all the children were lined up and given a tablespoon of castor oil. Ooh! How difficult was it to gulp down that one spoon which seemed like a lifelong suffocation. Hearing the never-ending talk from Nanima on the importance of cleaning the system and removing all the “muck” was unavoidable.

Not to forget, the school-visits by the nurses from the local clinic. Pupils were subjected to examination for various ailments and sicknesses. And, how can we forget the ‘yellow card’ for travellers to overseas-countries. Dare a traveller risk not taking his immunisation, his entire trip would be thrown into a quagmire of jeopardy.

All these might sound quite familiar to most of us. Don’t they ring bells in our minds?

Each of these stems forth from the importance that people attach to immunising and protecting their children and themselves from impending diseases and sicknesses.

However, let us be true to ourselves and do a bit of soul-searching. Have we shown such importance and afforded that measure of significance to immunising our “little angels” against the inevitable harm and destruction that the many “anti-imaan viral diseases” are causing to not only our “little angels”, but our adults as well. In many a case, it is too late to turn back the clock and regain that which has been lost via deadly viral attacks of vice and evil that are wreaking havoc around us.

If the infant is correctly and timeously spiritually “immunised”, then it will save us the trouble of running to the ‘aamils for check-ups and enlisting their help for a stronger ta’weez and a special ‘amal. Parents will not find the need to seek advice and counselling regarding their rebellious child or dealing with an “emo-kid” slitting his/her wrist. The day will never dawn upon them to lower their heads in shame when their “innocent” darling elopes with her non-Muslim boyfriend, or when their dear son is pulled out of a club inebriated and intoxicated as ever.

Allah Ta‘ala teaches us in the Quraan Majeed how Hannah, the mother of Maryam (‘alaihas salaam) “immunised” not only her child, but her grandchild as well, against the “anti-imaan viral diseases” that Shaitaan spreads. Her immunisation did not start after a day from birth, but in the words of the Quraan Majeed:

“When she delivered her, she said, ‘I have given birth to a girl,’ … ‘Indeed I name her Maryam and I seek protection in You (Allah) for her and her progeny from Shaitaan the accursed.’” (Aal-Imraan v. 36)

Her immunisation commenced from the moment her issue took her first breath of oxygen on earth. It is on account of this du‘aa and “immunisation” against the attack of Shaitaan that Nabi (sallallahu ‘alaihi wasallam) has stated in the hadeeth:

“Every child is probed by Shaitaan at the time of birth causing it to cry, except for Maryam and her son (‘Isaa ‘alaihis salaam).” (Saheeh Bukhaari #4548)

This profound du‘aa of Hannah most powerfully impresses upon us that a major threat to our imaan is our arch enemy Shaitaan. The “rejected one” had vowed to leave no stone unturned to mislead the progeny of Aadam (‘alaihis salaam). Hence, the earlier he gets the opportunity to unleash his dreadful viruses upon an individual, the simpler the task of misguiding him.

With this being his sole objective in life, Shaitaan devises innumerable discreet strategies to achieve this, many of which may seem harmless to us. It is only with the passage of time that we realise the detrimental effect of these cancerous and cantankerous “anti-imaan viral diseases”.  Tragically, in most instances the malaise and life-threatening viruses are beyond any cure. Thus, the most prudent option and sensible approach would be to immunise our budding and blossoming young “flowers” against these deadly viruses and nip them in the bud.

At times, the viruses that Shaitaan pours out, affects the respect, dignity and values that are required to maintain a healthy imaan. The child loses complete focus.

In no time, others become his “hero”.  He hails them as his “champions”.

This is just one of the many viruses that are packaged in cartoons. From a young age, the glory of Rasulullah (sallallahu ‘alaihi wasallam) and the Sahaabah (radhiyallahu ‘anhum) is eradicated from the ‘“little angel’s” mind and he/she is brainwashed through the lethal effects of these viruses.

“Ben”, the “bandit” with his strange magical powers becomes his “hero”. He wants a “Ben 10” watch as his ‘eidi’ and insists on a “Ben 10” bag for school. On the other end, the little girl gets enthralled with “Hello Kitty” and wants her purse to have the “Hello Kitty” icon on it. For another young boy, he wants a “superman” costume so that he may jump off his bed imagining himself to be “superman” jumping off high skyscrapers.

The viruses packed in cartoons do not end there! Instead the cartoons are laced with subtle messages and images to indoctrinate the “super-powers” of these characters into the impressionable minds of the young viewers and expel the concept of the absolute might and power of Allah Ta‘ala from their hearts. How sad, yet an undeniable reality!

Shaitaan also prepares his virus packages to attack teenagers and other age groups. The damaging anti-imaan viral effects of novels cannot be over emphasised. “Potterheads” can vouch on the extent to which their minds were consumed by the magical powers of “Harry Potter”. What about “50 Shades of Grey”? The following comment by a non-Muslim woman is quite thought provoking for many fanatics of romance books:

“To me, any book that makes us want greater from our spouses than what we currently have, causes people to look elsewhere. Many women have issues with their husbands viewing pornography but find no harm in reading these books or other “romance” novels. Are they not the same? Reading these books bring pornography into our brains?” (http://theimperfecthousewife.com/50-shades-of-grey/)

For some, this could have come as an early wake-up-call thus allowing them to save their “little angels” from being exposed to such deadly viruses, while for others, it would mobilise them to recuperate the loss that they have suffered thus far.

All said and done, this now begs the question as to how should we go about immunising our children and ourselves against these anti-imaan viruses.

The very first step would be to thoroughly inspect all that we offer and make available to our children. Any item or article that will contribute to the weakening of our imaani immune systems should be immediately abandoned.

Secondly, as in the event of a life-threatening viral attack on our child, where we would at once seek the assistance and advice of an experienced paediatrician, likewise, we should refer to reliable and experienced deeni scholars and the “lovers and friends of Allah Ta‘ala” regarding matters that affect and endanger our imaan.

Thirdly, a virus-free deeni environment needs to be created at home to enhance and boost our immune systems. For this to be achieved, a collective as well as a personal imaani “diet plan” needs to be drawn up for the home. Included in it, should be punctuality in the performance of salaah at its respective and fixed times (in congregation for the men folk), daily recitation of the Quraan Majeed, ta’leem, zikr and du‘aa.

Together with this, anything or any individual who has the slightest possibility of negatively impacting on our imaani immune systems should be “barred and banned” from the home.

Added to this, parents need to understand the importance and seriousness of the role they need to play in ensuring the proper deeni upbringing of their “little angels”. If this is realised as a genuine responsibility and acted upon, it would usher in and nurture a better society in every sense of the word.